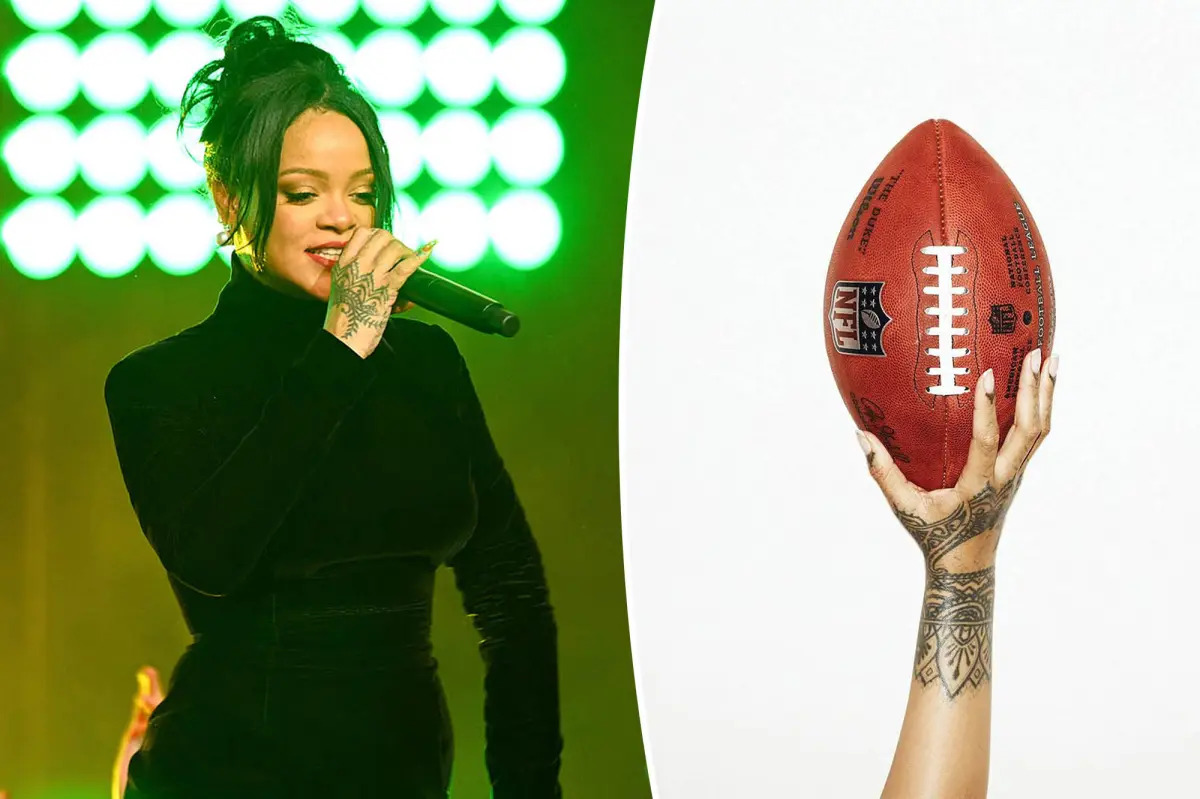 It seems like it’s been forever since Rihanna hopped into her entrepreneurial and parenting bag and seemingly left music in the dust. Fans had pretty much given up and hope that she’d be dropping anything but another Fenty highlighter anytime soon… but baby, we’re here. In a MAJOR way.

The 2023 Super Bowl is still months away, but discussions about who this year’s headlining act will be are already running rampant online. Earlier this week news surfaced that Taylor Swift had turned down the coveted gig, opting to do it at a later date once she had finished re-recording her albums, which left the powers that be searching for another “female pop superstar.”

Well, it seems as though we may have just gotten an huge upgrade from anything Taylor was about to bring (no shade). The most recent rumours started with the folks over at TMZ revealing that Rihanna was reportedly one of the main contenders for the upcoming show, revealing “sources with direct knowledge,” told the outlet that there have been “multiple discussions” with the mother of one and her team. They then noted that the NFL could be unveiling the big announcement as early as today on Twitter… and well, we’re here.

I think many of us felt like this was too good to be true and we’d have to see it to believe it, but Rihanna didn’t let us wonder too long as she uploaded a photo to her Instagram account hold an NFL football, with the official NFL account sharing the same image shortly after with the simple caption, “LET’S GO,” seeming to confirm the news.

Seeing as the Bad Gal is signed to Roc Nation it makes sense for JAY-Z to vouch for her, and though she hasn’t dropped an album since 2016’s Anti, she’s been teasing more music for well over a year now that fans have been hungry for, so this would be an unforgettable comeback for her.

Take a look for yourself below and let us know your thoughts, are you here for a bad gal Super Bowl?

rihanna leaving the super bowl stage after explaining all the new fenty products coming in 2024 pic.twitter.com/yhPtNWL9Qm

You doing the Super Bowl? Omg you remembered your a singer sis pic.twitter.com/qwSy971iEx

The football players when Rihanna performs Stay at the Super Bowl pic.twitter.com/92OE59FAaD

I’m paying anything to see Rihanna at the Super Bowl. That’s a dream come true like 🥹 pic.twitter.com/TOYW3zTgvl

rihanna at super bowl trying to fit all her hits into 15 minutes
pic.twitter.com/OgvWq0Hm7C