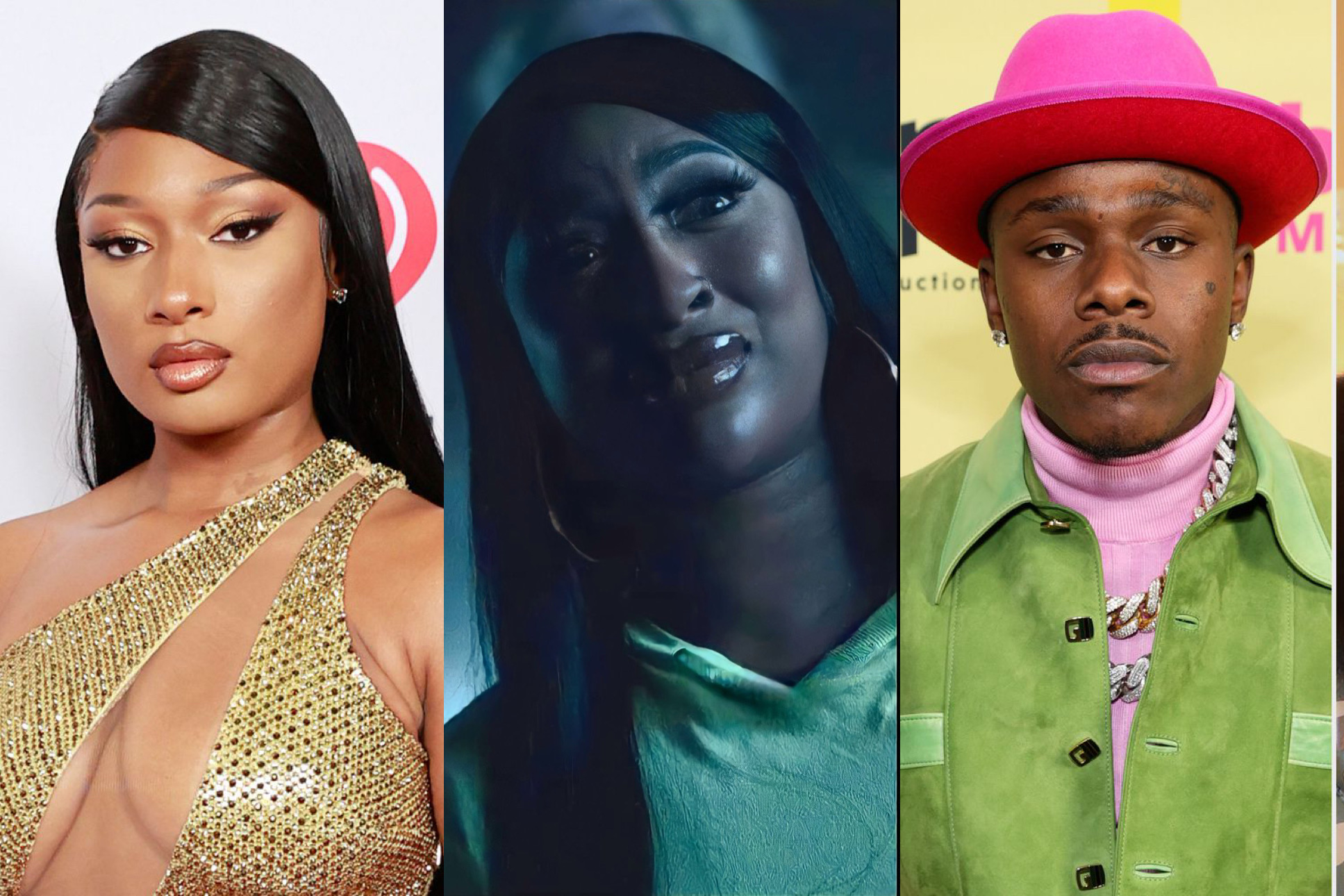 I don’t know who would win between the two little guys, DaBaby or Tory Lanez in a “d*ckriding” Megan Thee Stallion contest at this point.

Let’s call a spade a spade, no one is really checking for DaBaby at this point so in order to garner a few streams for his latest album he used one of the oldest tricks in the book…drama. The album’s lead single, “Boogeyman” was the target of lots of backlash, after decided to reveal on the track that he’d allegedly slept with Megan Thee Stallion in 2020, just before her shooting incident with Tory Lanez…as if we were supposed to care what two single consenting adults decided to do with their genitals.

“You play with me that sh*t was childish/The day before she said that Tory Lanez shot her, I was f**kin on Megan Thee Stallion,” he rapped. Many fans thought the lyrics were distasteful, considering that the “Cash Sh**” collaborators are no longer friends. But that didn’t stop DaBaby from dropping the visual to the controversial track and taking things further.

A clip from the horror themed video showed a Megan Thee Stallion doppelgänger, who sneaks into a dark basement with her friends as the summons the boogeyman, played by the “Boogeyman” rapper himself. After sharing a snippet of the video for his Instagram followers, fans flooded the comment section with mixed reviews. “Y’all wild for naming her “morgan” the stallion,” one fan joked, while others shared a bunch of corn emojis.

Although Megan has yet to publicly address DaBaby’s claims, many speculated that her recent comments about body positivity were directed at the Charlotte native. However, she hopped on Twitter to slightly address the “negative narrative” while calling out blogs for only posting bad things about her. “I really don’t care abt being posted AT ALL,” she tweeted, “But why is it that all of a sudden out of the 1 million positive things I do / have done it only seems like when something negative happens that’s news?”

Take a look at the video for yourself and let us know if you think this was DaCorny of DaBaby?