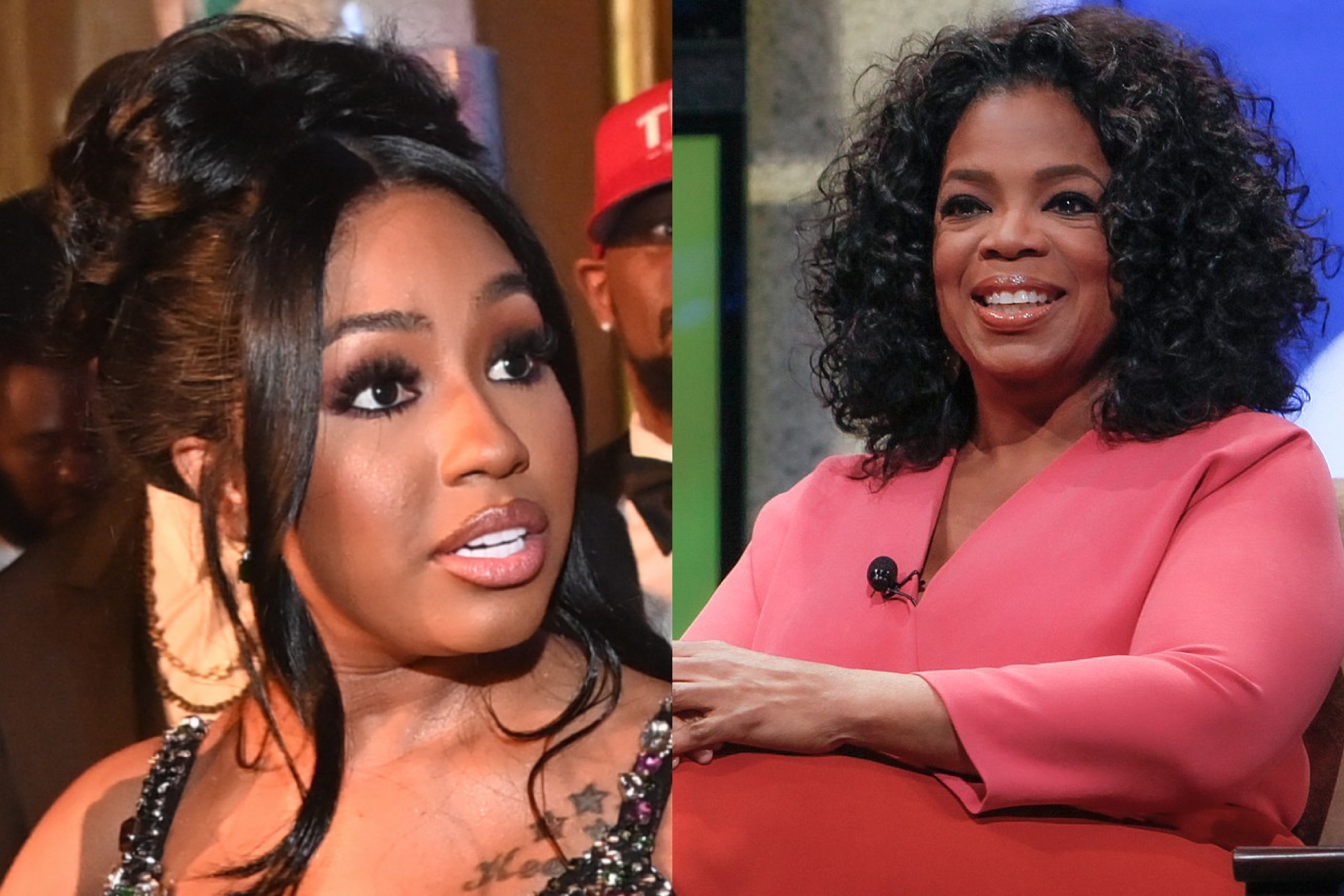 Now, Yung Caresha may be good for a funny viral moment or two, but the next Oprah might be a bit of a stretch. She has to be trolling.

Some way, somehow Yung Miami seems to be a rising star in the media space and already looks to be comfortable in her role as the host of the series, ‘Caresha Please.’ After presumably f*cking her way into the Revolt spot, in a recent interview, Yung Miami made a quip about becoming the next “Black Oprah” and Twitter isn’t being kind in response per usual.

Yung Miami, sat down for an exclusive chat with XXL covering topics from Diddy, her musical career, and where she intends to go next as she continues her ascension in the game. One portion of the interview turned heads where she stated:

“People just loving to hear me talk, you know? Whenever I talk or whenever I go on [Instagram] Live, it go viral. So, one day I was talking with Diddy and he was like, “Yeah, [you] should do a podcast. It would be good for you,” and that’s how it came out. It was just a conversation of me just always going viral off the way I talk and the engagement that I used to get off of Instagram Live.

What’s a goal that you want to accomplish with this new podcast endeavor? I want to take it to the next level. I want to be like—I think she has a podcast now—a person like Wendy Williams. I’m dreaming big. I want to go to the highest of the highest. I want to be the Black Oprah.”

I’m assuming the goal was for us to sub out the word “next” for “Black” or “Hood Version” and it’s clear what Yung Miami was going for at the moment but that didn’t matter as social media proceeded to drag Miami for the comment. However, Yung Caresha is clearly standing ten toes down on her statement simply tweeting “Black Oprah!!!” shorty after the interview surfaced. Take a look for yourself and let us know what you think… Do you think Caresha has what it takes to be the next big thing is media?

she said what she said and she meant it! we need a black Oprah! https://t.co/zOuyoDo6CV

Oprah Winfrey was able to reach the world without the age of the internet. Saying "I want to be the Black Oprah" makes no sense to me. it's not the statement y'all think it is TBH and undermines her reach within Black communities.

“I want to be the Black Oprah” pic.twitter.com/i5X2ikZerg

“The Black Oprah” went over a couple of y’all heads.

I knew Caresha was a lil slow but I ain’t think she was that slow. “Black Oprah” really? pic.twitter.com/qPTh87sIU7

i feel like caresha was making a political statement by calling herself “the Black oprah”, in her analysis she pointed out the discrepancy in identity between billionaires in the Black experience & because of ‘winfrey’s place in the capitalist scheme, she forfeits her Black card!