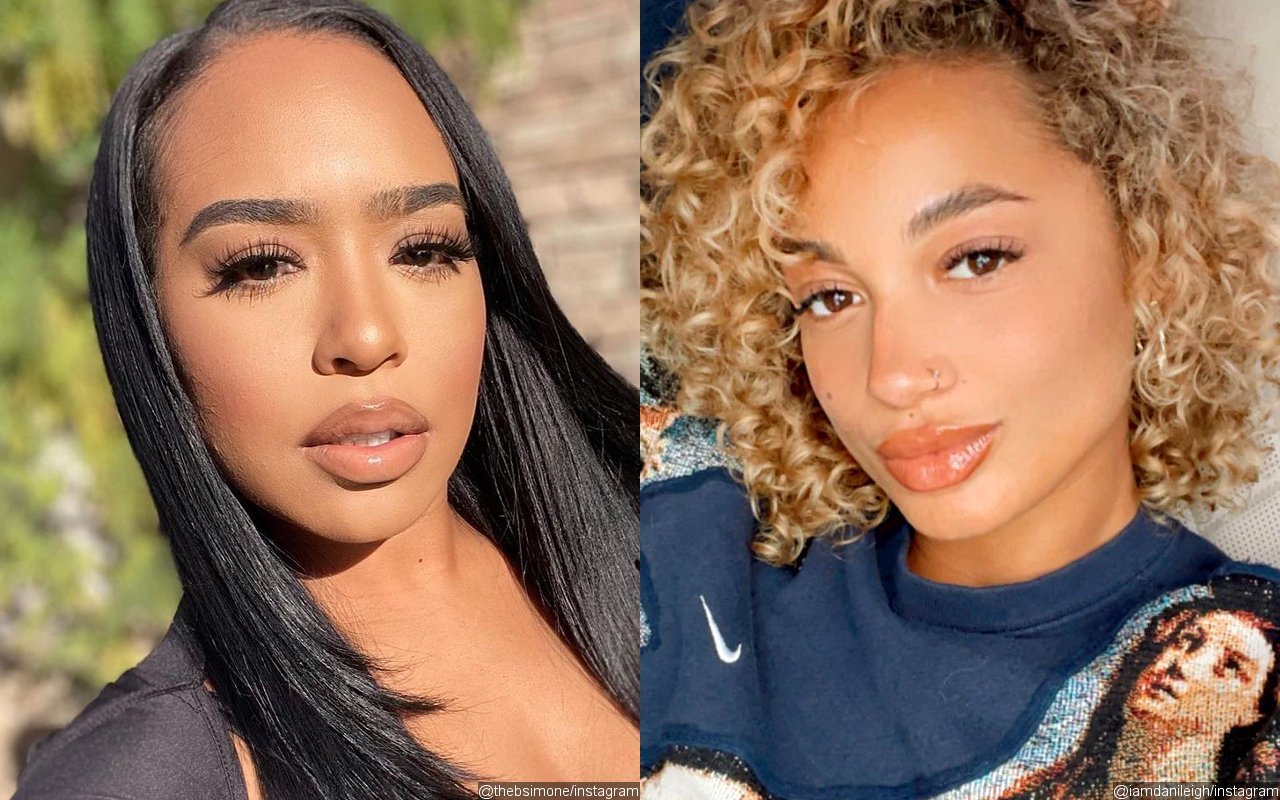 Dani eventually found out the hard way that apparently the “Yellow Bone” wasn’t the only thing DaBaby wanted, but apparently she’s still throwing her weight around and having girls removed from gigs due to their admiration of the rapper.

DaniLeigh and DaBaby may just be co-parents these days, but apparently this yellow bone is still protective over her ex. The couple made headlines last year after getting into a fight on Instagram Live while 26-year old songstress was feeding their 3-month old daughter. A bowling alley brawl and a few doctor’s appointments later, co-parenting seems to be going well for them both.

Despite their separation, the “Take It Easy” singer is still sensitive when it comes to her relationship with the North Carolina rapper. So much so that according to @HollywoodUnlocked during a recent appearance on Wild N’ Out, she reportedly had B. Simone removed from the episode because of the comedienne’s public admiration of DaBaby in the past.

Back in 2020, Simone and Baby sparked dating rumors after she starred in his music video for “Find My Way.” Just one year prior, the Wild N’ Out star dressed as a bride and brought out a cut-out board picture of DaBaby to a Halloween party. While this all took place before DaniLeigh publicly began dating DaBaby, the singer still wasn’t fond of having B. Simone on set while filming the MTV show earlier this week.

As Hollywood Unlocked’s story revealed, before filming began, Dani felt like something was going on between her daughter’ father and B. Simone, so she expressed those feelings to executive producers, who ultimately made the big decision. However, DaniLeigh laughed off the allegations, simply responding, “LOL [laughing emoji].” Shortly after, B. Simone’s Wild N’ Out cast members, including Jess Hilarious and Pretty Vee chimed in to defend the comedienne. “Weak sh** don’t give a f**,” Jess commented. Vee added, “No shade but this back & forth is mad old. My sis @thebsimone is doing her THING.”

As for B. Simone, she liked the Hollywood Unlocked post that reported the story, leading fans to believe that the claims about DaniLeigh are in fact true. DaBaby has yet to comment on the incident.