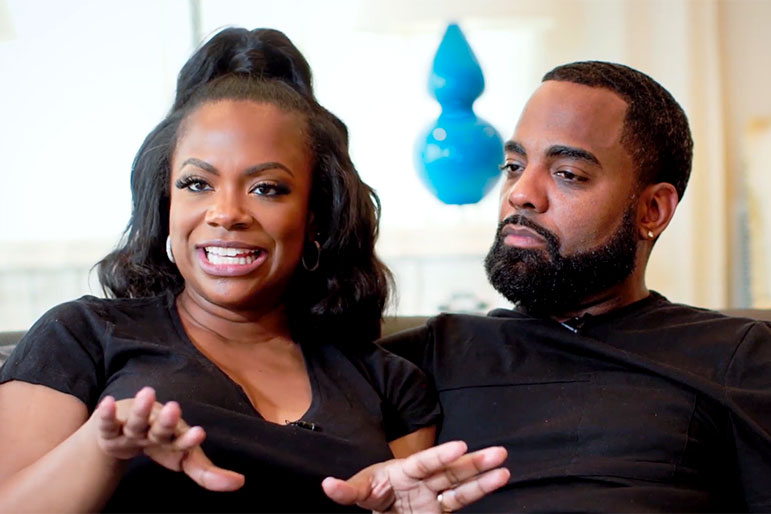 You know what, I often tell people that Kandi is actually my favorite ATL housewife and one of the main reasons for that is because she’s about her business and always keeps it in order… well, perhaps even the best business women slip up every now and then. Who can you run to when Uncle Sam is in need of his coins?

According to the folks over at RadarOnline, singer, songwriter, and Real Housewives of Atlanta star Kandi Burruss has been slapped with the second federal tax lien in a matter of months. According to court records obtained by Radar, Kandi’s company Burruss Tucker Restaurant Group LLC is accused of owing $5,156.50 in back taxes. The lien, filed by the Internal Revenue Service, accuses Kandi and her husband Todd T of refusing to pay up on the money owed for their 2021 bill. Kandi and Todd own two restaurants in Atlanta named Old Lady Gang and Blaze.

The lien appears to be connected to their business taxes which are due quarterly. In July, the RHOA star was hit with a separate lien over a 2020 bill. The IRS said her company owed $15,812.52 for the year. The grand total for tax debt comes to $20,969.02. Both liens remain active and have yet to be settled with Uncle Sam. Kandi’s restaurants are said to also dealing with issues behind the scenes as Blaze has struggled to pass health inspections and currently has a C rating.

Back in May, the restaurant was forced to temporarily shut down after an inspector found multiple code violations. The report noted the inspector, “Observed hot potentially hazardous food received at less than 135 degrees,” expired food being used, and food not being properly labeled. “Food handler touched raw oysters and raw salmon and then proceeded to handle ready to eat leafy greens with the same gloves on improperly. Moving from raw food to ready-to-eat foods is a source of cross contamination,” the inspector wrote before shutting the restarant down with a ‘B’ rating.

Old Lady Gang isn’t faring much better. The restaurant has a C rating and hasn’t received an A rating since February. The biggest violation during the inspection was food not being kept at the proper temperature.

Kandi has not spoken publicly about her restaurant’s issues but it is possible things may be addressed on the upcoming season of ‘Real Housewives of Atlanta’ which is set to begin filming shortly. Are you at all surprised at this? With Kandi being one of the highest paid housewives and having quite a bit of success under her belt, I find it hard to believe that the tax bill is too much for her and it’s probably more so a case of her needing a better team around her helping to manage these businesses.

Somebody call Aunt Bertha, I believe it was a scheme that Todd set up… so the IRS could come at them with the bullsh*t.