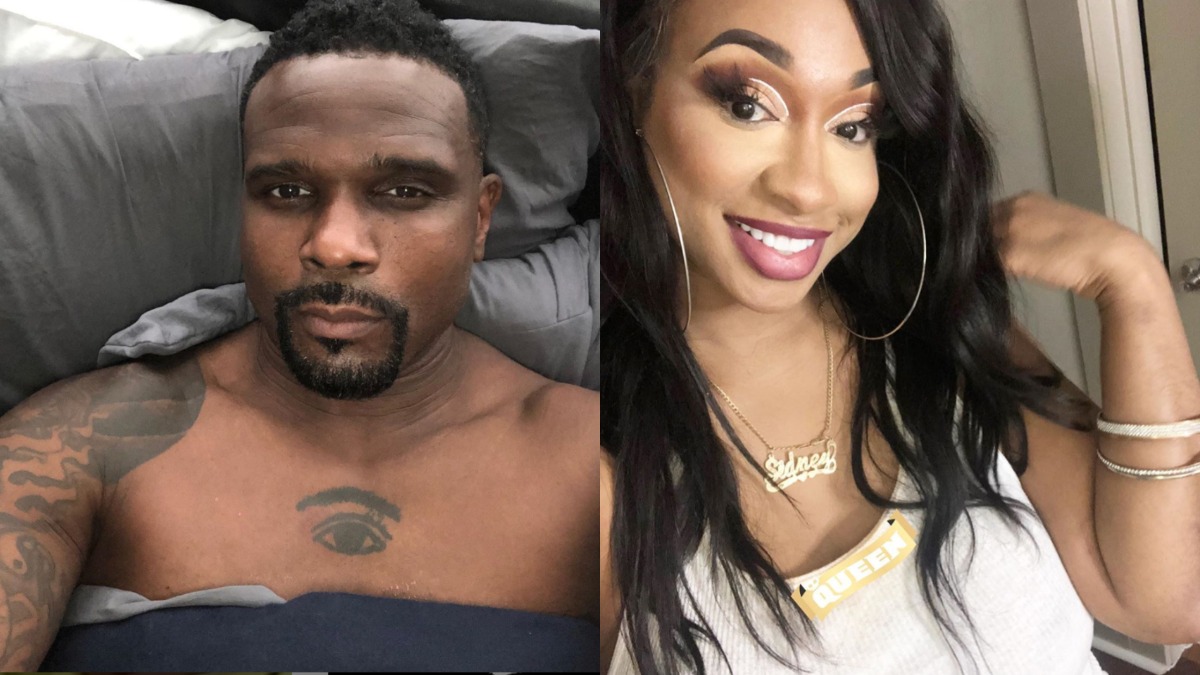 It’s a rare condition, this day and age. If you would’ve told me Sidney Starr and Eddie Winslow would be a trending topic of my 2021 bingo card, I probably would’ve told you to go to hell, but alas, here we are.

She was behind the lies about Chingy that caused one of hip hop’s most talked about scandals, now Sidney Starr’s dating life is becoming a hot topic once again. Many years ago, Sidney, a transwoman, came forward with claims that she had been carrying on a secret two-year relationship with the rapper Chingy. She later admitted to lying, but Chingy’s career was affected and was never the same. Well, it looks like Starr has found her way into a dating game topic once again and this one is even more of a blast from the past than Chingy.

A year ago, Darius McCrary (better known as ‘Family Matters’ Eddie Winslow) and Sidney Starr initially sparked dating rumors. The two shared some very flirty comments, on Instagram. But, this morning (October 18th), a video went viral of them hugged up, during a video shoot, following a rather dramatic post from Sidney featuring a photo of the two from the same photoshoot along with the caption, “Here standing next to me is a seasoned legend Actor in this entertainment industry. @dariusmccrary . A black heterosexual male actor who’s standing aside a controversial transgender woman like myself.. We are great friends … and this is a powerful movement we have made to let this be a lesson to the WORLD that we are all human ! No matter what !!!!”

Quickly, rumors began to take over with everyone talking about Darius and Sidney supposedly dating. Complete with The Shade Room even posting (and later deleting) a story where they claimed that Sidney had exclusively confirmed to them that the two were indeed an item dating back to February of this year. McCrary quickly spoke out, after seeing “Eddie Winslow” trending on Twitter, ironically with his TV mom Jo Marie Payton (who played Harriet Winslow on ‘Family Matters’) along for the ride, vaguely mentioning that the “rumors” people are discussing aren’t true and questioning why anyone thinks they’re able to speak on who he decides to be friends with.

Now, here’s the real tea. A source close to the situation has revealed to us that while McCrary isn’t exactly a stranger to dating transwomen, he and Sidney were never an item and were initially planning to be the source of a storyline for one of the reality shows the self-proclaimed “transgender diva” was filming, this is when those pictures were supposedly taken well over a year ago. When McCrary later changed his mind, deciding that he didn’t want to exploit that part of his life, the photos went on ice until Sidney decided to release them yesterday. So basically, a publicity stunt at it’s finest.

I do however think this opens up a bigger conversation… If Eddie was dating Sidney or any other transgender woman, what difference would it make? One because who was really sitting around thinking “I wonder who Eddie Winslow is dating?” and two, why is this still considered to be so scandalous in 2021? Take a look at some of the receipts and reactions below and let us know what you think about this mess.

I saw Eddie Winslow trending and I thought the actor who plays him was dead or something. Nope. Just black people being horrifically transphobic and ignorant about who he’s dating. Nothing new under the sun.

Boosie when he find out about Eddie Winslow’s relationship pic.twitter.com/U7zetELDyC

This Eddie winslow thing is the reason why people be so afraid to be themselves. Ok, he's dating Sydney Wtf does that bother yall? Yall wanted to be in his bed or something? As long as he's not misleading women and lying shouldn't we be applauding that?

Sooo, the Shade Room is just gonna delete that Eddie Winslow and Sidney Starr post like nothing happened….. pic.twitter.com/0E8FFVhyPp