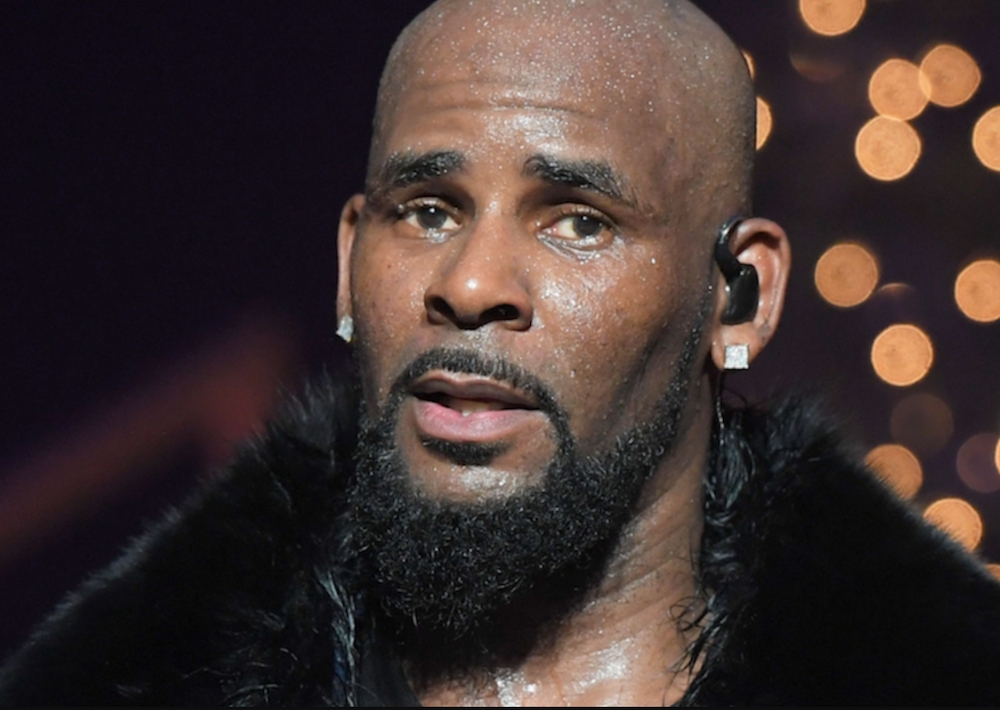 I’m pretty sure the pied piper of R&Pee wishes he could ‘turn back the hands of time’ at this point…that or finally activate those powers he was singing about in ‘I Believe I Can Fly’ so that he can escape from being trapped in the jail cell. However, with news of his fate, the internet has sparked a debate on how we should proceed with the former work of the disgraced musical superstar.

R. Kelly has been sentenced to 30 years in prison after being found guilty of 9 federal charges, including sex crimes and human trafficking, in September 2021. U.S. District Judge Ann Donnelly handed out the sentencing on Wednesday after hearing from several survivors who explained the impact Kelly’s exploitation had on their lives.

One victim, a woman named Angela, said about Kelly, “With every addition of a new victim, you grew in wickedness,” adding, “you used your fame and power to groom and coach underage boys and girls for your own sexual gratification…. We are no longer the preyed-upon individuals we once were.”

Kelly declined to make a statement in court. He had previously released a statement, earlier this year, slamming his legal team for allegedly allowing multiple jurors who “may” have watched Surviving R. Kelly. The documentary series recounted the long history of abuse allegations that have been made against Kelly, including his marriage to an underage Aaliyah and the 2002 child pornography charges that led to a separate trial.

Even having been sentenced to 30 years in prison, the legal trouble isn’t over for Kelly. He still faces other state-level sexual misconduct charges in Minnesota and Illinois as well as federal child pornography and obstruction charges in Illinois.

The charges themselves aren’t the only trouble Kelly seems to be facing either. With news of his conviction, many have continued to call for the his once appreciated musical offering to pretty much ‘cancelled’ as well, with others firing back that they plan to separate the artist from the music.

“If r.kelly don’t never record another song, he has recorded enough for me already lol.. too many hits to name and I’m gone listen to them,” one user tweeted. While another followed “Telling everyone that you’re still gonna listen to R Kelly’s music isn’t the flex y’all think it is.”

Personally for me, I can’t really listen to him singing about a body calling for him now that we know he was probably talking about a child. Take a look at some of the opinions for yourself and let us know your take. Are you still listening to R. Kelly?

If r.kelly don’t never record another song, he has recorded enough for me already lol.. too many hits to name and I’m gone listen to them

We couldn’t care less that you don’t listen to R Kelly music. We still stepping in the name of love over here.

Not many people can sing LIVE like this and still sound good.
You can't even deny the smile on your face when you listen to this man sing😊

I just don’t see how you guys are so pressed to listen to R Kelly’s music knowing it was about underaged girls..like if you think about it you’re a creep as well for continuing on jamming to it. 🥲

We're starting to have the "should we listen to R. Kelly's music" conversation again. The short answer is no, not unless every single penny of royalties goes to victim compensation. R. Kelly should die broke.

I think this moral logic also applies to rappers who shoot people.

Them:
you’re sick if you still listen to R Kelly

this is what i don’t understand.
when people say they can listen to r. kelly because they’re able to “separate the art from the artist,” how is that done when he literally sang “my mind is telling me ‘no,’ but my body is telling me ‘yes,’” and kept going explaining himself? https://t.co/l9KgUcwLzO