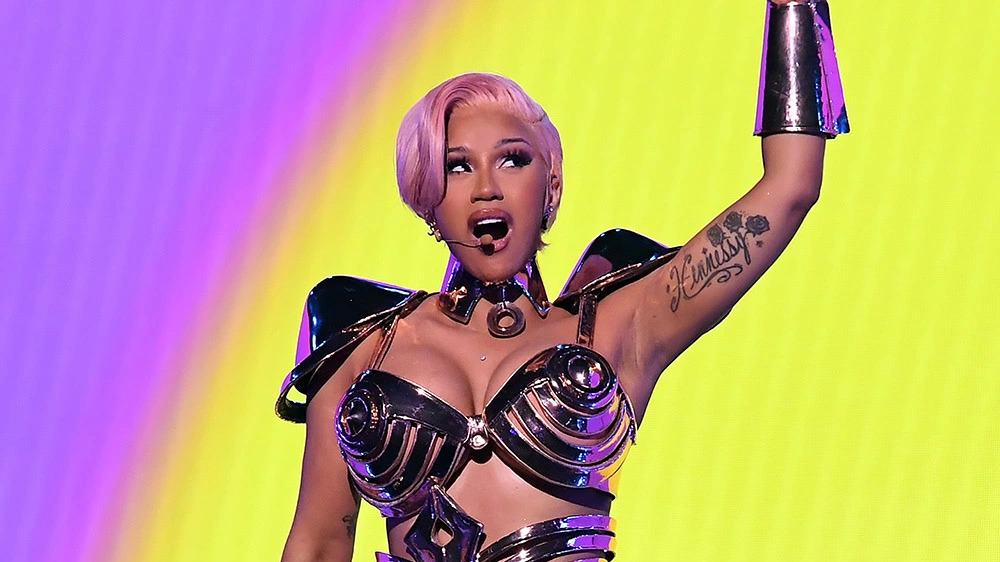 Cardi previously was quoted as saying this wasn’t “really a TikTok record,” but the people have spoken and basically told her to hold their drink. Only about 16 seconds of the record has been heard by the general public so far and we’re already seeing it taking over all types of captions, Tik Tok’s, and more. The people are truly hungry for some new Bardi.

It looks like our girl Cardi B is revving up to dominate the summer, once again. As the demands for her sophomore album grow louder, fans became even more excited when Cardi announced that this week that she’ll be coming through with her first official single of the year, “Hot Sh*t.” She then further amped fans up by revealing details surrounding the record over the past few days, including the star-studded features, none other than Kanye West and Lil Durk.

Well, “electric,” apparently then song is, indeed. Since the release of the short snippet, variations of Cardi’s name and quotes about the record have been constantly trending on Twitter and folks have even began to make their own TikTok’s up not only recreating Cardi’s snippet video but already making up their own dances to the 16 seconds, so quickly in fact that even Cardi was taken by surprise captioning one of the videos on as she shared it via Twitter “Deum this f*ckin fast 😩😩I LOVE IT !”

Many have also began to talk about how excited they are to not just hear Cardi’s full verse but also how Kanye and Durk are going to deliver on the record. We may have some indication as Lil Durk also hyped up the release of the song on his Instagram Story, writing, “song of the year face @iamcardib,” with a photo of him cheesing from ear to ear.

It’s definitely an exciting time to be Bardi Gang. Take a look at some of the early challenge videos below and let us known if you’re excited for the official release of “Hot Sh*t” tonight?

The people are already loving it @iamcardib ❤️ pic.twitter.com/Ldmli0sJo1

Deum this fuckin fast 😩😩I LOVE IT ! https://t.co/LTSLgkpfDs