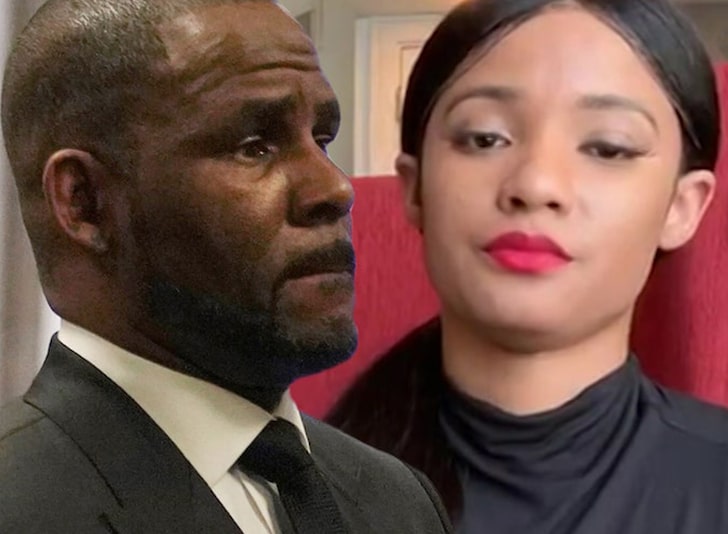 Listen, I don’t even want to now what type of pissy mind control Robert Sylvester Kelly had over these women. It’s damn near mindboggling that anyone would have ever yet still possibly be trying to hold on.

For more than two decades, R. Kelly, the self-proclaimed “King of R&B,” has faced allegations of sexually abusing minors and sex trafficking, and is now being held accountable. As he awaits his sentencing and other trials, talk of Kelly being ‘muted’ has run rampant, it was recently reported that YouTube permanently suspended the disgraced R&B artist’s YouTube channels and banned him from creating any new ones in the future, and some fans have called for his three Grammy’s to even be revoked. However, it appears one of his concubines may be sticking beside him, at least that’s what her parents think.

Joycelyn Savage was one of R. Kelly’s infamous “girlfriends” who came forward and stood beside the “Trapped in the Closet” singer publicly throughout the start of his legal drama. According to TMZ, Joycelyn’s parents, Timothy and Jonjelyn Savage, revealed to them that while Kelly’s locked up awaiting sentencing, they’re still being shut out from talking to their daughter, and the only way to reach her is through Kelly’s camp.

They claim that they’ve tried to tell her about a couple of deaths in the family, – a grandfather and most recently a grandmother who died this week from cancer, but they’re being met with nothing but silence from their daughter. As previously reported, the Savages have been trying to reunite with Joycelyn ever since September when Kelly was found guilty in his federal sex crimes trial, but they say there’s still no improvement in their communication.

It’s important to remember that Joycelyn has decided to stick by Kelly through thick and thin, even fighting with his now ex-GF and her former partner in piss, Azriel Clary, once Azriel decided to leave Kelly and cooperate with the feds.

Now, Joycelyn’s parents have a strong message for her and Kelly’s team, and they desperately want her to come home … especially because Kelly’s going to be behind bars for a long time… Chile, I don’t know what type of nasty meat that is but on a serious note I think it’s obvious that this woman (and surely many other women who have been affected by Kelly) obviously need some help and have experienced trauma. What do you think of this? Would you continue to try and bring your child home?