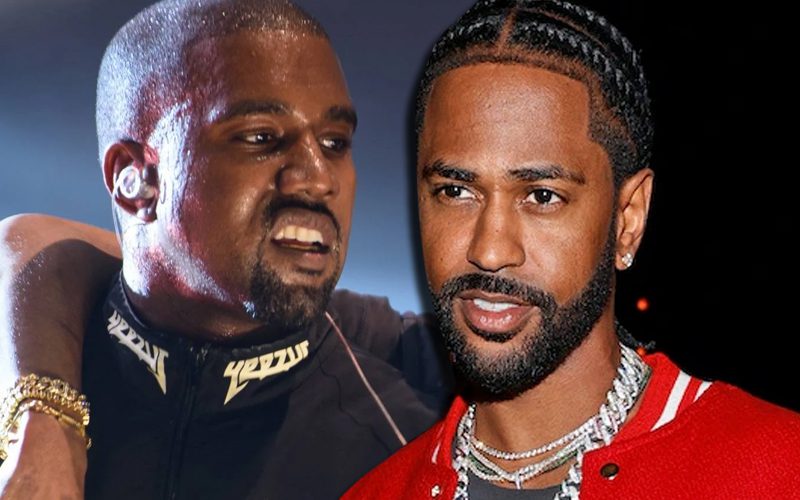 Honestly, Sean is one of the few male rappers who I still listen to, actually before Kanye so… there’s that. Ye also called Sean and John Legend “sell-outs,” saying he doesn’t “rock with neither of them,” and demanded an apology.

As expected, shenanigans as soon as Kanye West’s Drink Champs appearance hit the internet. Ye hasn’t done a sit down interview for quite some time and we already knew there’d be several headlines to follow as soon as news of the interview was announced. Things off with a snippet shared by the L.A. Leakers where Kanye is seen speaking about Big Sean, and it wasn’t exactly a mention that anyone would’ve expected about the Detroit rapper.

After the teaser trailer initially released, Sean tweeted, “I just got asked to be on the next Drink Champs so I’m assuming Ye talkin [crying laughing emojis].” He was more correct than we’re sure he expected. In the viral Drink Champs clip, Noreaga asked West, “Pusha [T] or Big Sean?” and the question seemed to light a fire under Ye.

“Oh, I love this!! Let me tell you,” West began before he got up and grabbed a “R.I.P.” headstone prop. “I already decided that when I die, on my tombstone it’s gonna stay, ‘I deserve to be here because I signed Big Sean.” The crowd erupted in laughter but it was clearly an uncomfortable moment. Still, Noreaga wanted to know Kanye’s answer to his question and interpreted the dramatics as West choosing Sean.

“No, I’m saying that the worst thing I’ve ever done is sign Big Sean,” answered West. Yet, still, Noreaga told everyone to clap because he misheard Ye’s answer, thinking he said “best.” When he learned what was actually said, Nore was shocked.

“Nah man, they let that—I know this man mama, bro,” said Ye. “You know what I’m saying? I changed this man family and both John Legend and Big Sean when I ran for office got used quick by the Democrats to combat they boy that actually changed they life. And that’s some sell-out sh*t and I don’t rock with neither of them and I need my apology.”

“N*ggas is scared.” Sean responded via Twitter showing off a photo of him and Kanye he says was taken just recently where the rapper didn’t keep that same energy at all, “was just wit this man, he ain’t say none of that!!! And this was after the interview! I’m dying laughing at you @kanyewest” He then responded to a twitter user who shared the clip “The dems? No I didn’t. I didn’t get used by anybody or endorse anyone publicly at all. Cause I’m not political. That’s what’s hilarious, none of it’s true n he doesn’t even know what he talking about. I’m rollin

Take a look at the clip followed by Sean’s reaction below. It’s funny because you’d think he’d realize the presidential campaign was actually the worst thing he’s ever done. Thoughts?

The dems? No I didn’t. I didn’t get used by anybody or endorse anyone publicly at all. Cause I’m not political. That’s what’s hilarious, none of it’s true n he doesn’t even know what he talking about. I’m rollin 😂

Was just wit this man, he ain’t say none of that!!! And this was after the interview! I’m dying laughing at you @kanyewest 😂 pic.twitter.com/xUJNlolKf0