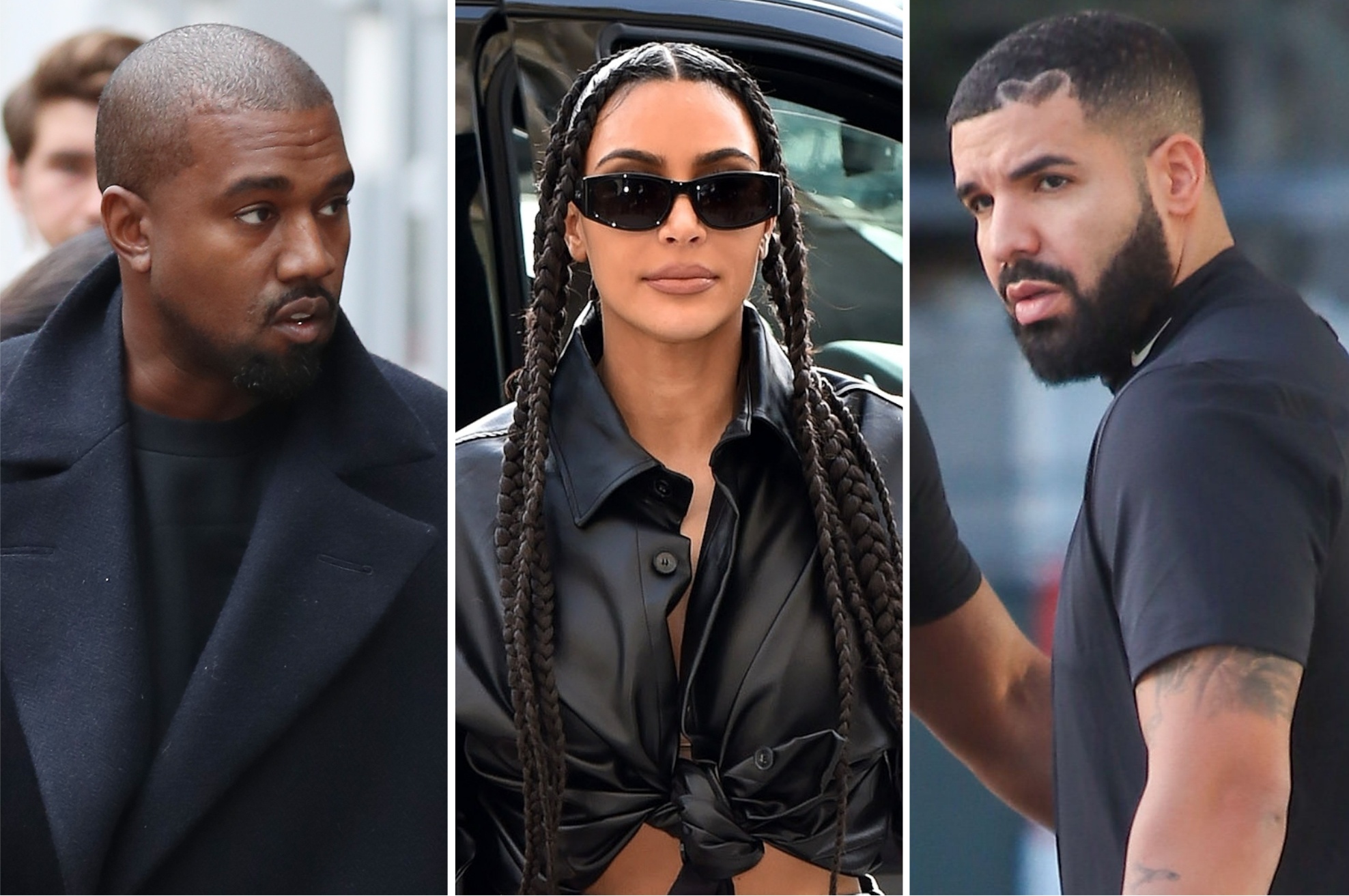 I’ve always been a little unsure of what to do with those Kim/Drake rumors. On one hand sure it’s juicy, but it’s also a grown man not only publicly bragging on but possibly lying on his d**k and that’s just never cute or admirable.

Kanye West doesn’t just make good music, he’s also a master of making headlines every time he opens his mouth and the multiple soundbites that are coming from his ‘Drink Champs’ interview is the perfect example of that. As I’m sure many expected, throughout the interview, Kanye had a lot to say about Drake. Most interestingly, he talked about how Drake’s levels of getting under his skin are so advanced, referencing the rapper moving down the street from him and allegedly messaging his wife and all of her friends.

“When people went to go get Hitler, they didn’t go straight for Hitler, they set up fake tanks, they set up this and that, so [Drake] is gonna do stuff like live five blocks down the street from you, he gonna DM every single girl in your family, every single girl around your family, all your n***as’ girls, it’s like away games and home games,” said Ye. Ye also spoke on a hypothetical Verzuz battle against Drake, saying that he would destroy him. “It’d be Drake, right? I’m winning any situation,” confidently said Ye.

He also touched on the wild rumors that Drake was intimate with his wife, Kim Kardashian, telling the hosts that Drake would allegedly play games with his family to make it seem as though he and Kim had sex.

“Drake is like, ‘You know, I never f**ked Kim.’ But I was like, ‘But you acted like you did. You got bars that’s like, ‘Hidden Hills, give your wife the chills,’ it’s like somebody is throwing a marble and hiding their hand or something,” “All that’s disrespectful. [It’s] to the point that Kim is like, ‘I don’t listen to this n***a anymore. This n***a acting like he f**ked,’ and we never really had that conversation. ‘Oh, I never fucked Kim.’ No, but what about, did you ever DM her? Everything else around it ’cause it ain’t about just the actual act of it.”

Check out a few specific clips below, as well as the full interview and let us know your take on all of this.