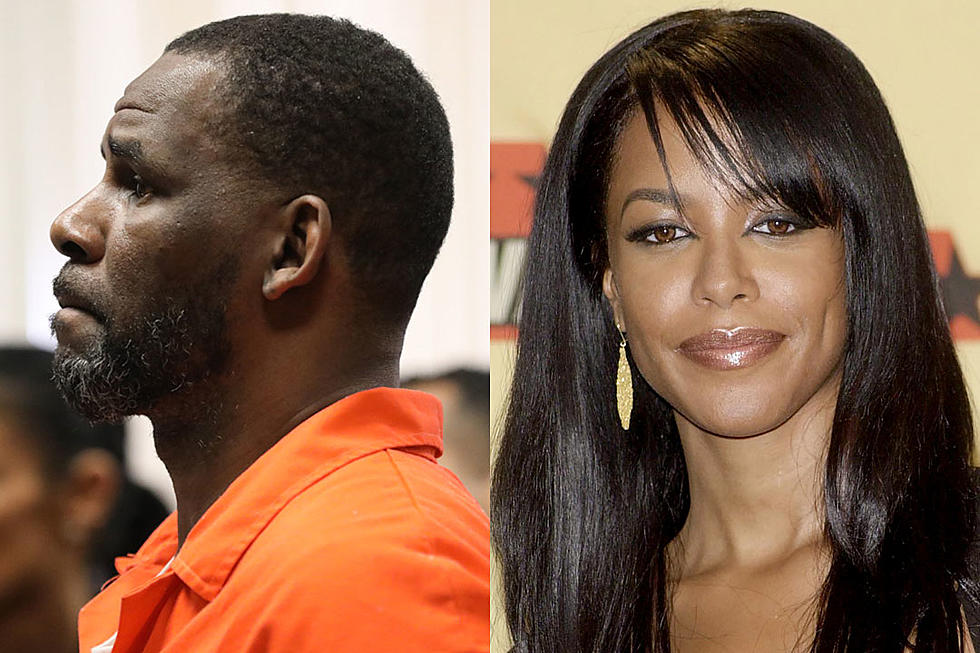 The piss just keeps on pouring around R. Kelly. The unfortunate thing is as his puddle gets deeper, so does information of his horrible past with our beloved Aaliyah.

R. Kelly’s sex trafficking trial in New York kicked off this week. On Friday, his former tour manager Demetrius Smith took the stand where he dropped a bombshell testimony regarding Kelly’s marriage to Aaliyah. According to Billboard, Smith said that R. Kelly was convinced he had impregnated Aaliyah when she was a minor. Smith said that Kelly “told me that Aaliyah was ‘in trouble.'”

“He said, ‘Don’t call Barry, it’s deeper than you think,” Smith recounted in court of Kelly warning him of Aaliyah’s uncle and manager, Barry Hankerson. Smith said the conversation with Kelly occurred before a concert, though he failed to pinpoint which city they were in. He added that Kelly told him to book an overnight flight immediately after the show was done.

Smith said that Kelly was quiet on the drive to the airport where the two were accompanied by the singer’s bodyguard Tyree Jameson. “‘Aaliyah, man. She thinks she’s pregnant,'” Smith recalled Kelly telling him during the quiet car ride.

Smith explained that Kelly was crying about how he needed to protect himself from going to jail once they landed in Chicago. Meanwhile, Kelly’s business manager and accountant Daryl McDavid was reportedly moving forward with plans to get a marriage license for the singer and Aaliyah. Smith said, “I told Robert that he shouldn’t listen to Daryl,” adding that he believed Aaliyah was “too young.”

Smith admitted that he offered to help get his hands on a counterfeit marriage license during a subsequent meeting alongside Aaliyah, Kelly, and McDavid. “I was always in objection to what Robert was being told to do,” Smith said, adding that he only made the offer in order to prevent being booted from Kelly’s inner circle.

Smith testified that he bribed a clerk from the Illinois Department of Human Services with $500 for one of the IDs. Then, he said he obtained a second ID, in the form of work identification, from a mail courier service.

Though neither were valid identification to legally wed, Smith said he went alongside Kelly and Aaliyah to Maywood, IL to apply for a marriage license when Aaliyah was only 15-years-old and Kelly was 27. Assistant U.S. Attorney Maria Cruz Melendez attempted to pry for more information while he was under oath on how he was able to secure the marriage license.

“I’m truly uncomfortable with this, your honor… continuously talking about Aaliyah and her parents aren’t here,” Smith told the court.

Smith is due back in court on Monday to continue his testimony in R. Kelly’s racketeering case.