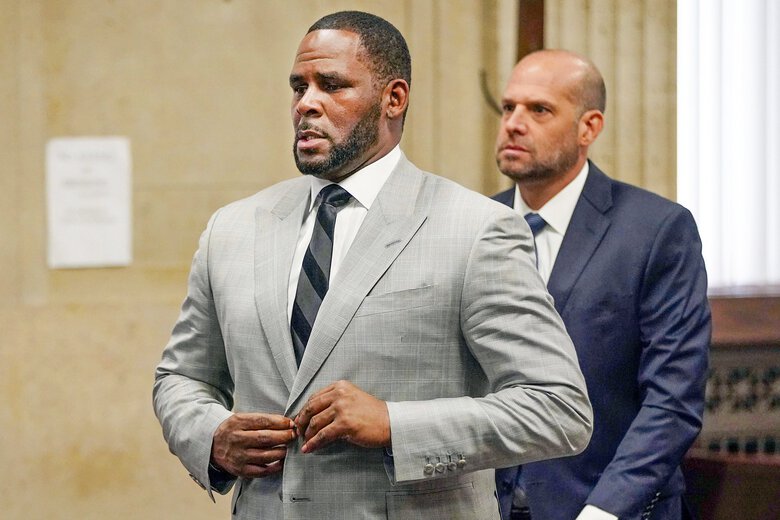 R. Kelly’s long list of sexual partners from the pissy dungeon are probably wishing they could turn back the hands of time after his longtime physician testifies that he’s been knowingly infecting people with genital herpes since 2007.

R. Kelly has reportedly had genital herpes since at least 2007 and knowingly infected multiple people with the disease, according to the disgraced singer’s personal physician of 25 years. Kris McGrath, the Chicago-based physician, testified Thursday about treating Kelly for the sexually transmitted disease.

McGrath says Kelly could have had herpes since as early as 2000, but no corroborating documentation was found as evidence. He explained that Kelly had symptoms, but took a test that came back negative. McGrath says he felt it was likely a false-negative at the time.

“I did not conclude that he did not have herpes,” McGrath testified. He added that he told the singer to “inform your sexual partners so they can make a decision whether or not to have sex with you.”

As for hard evidence, McGrath prescribed Kelly the herpes treatment drug, Valtrex, in March 2007. CNN reports that this information was presented by a medical record that prosecutors showed in court.

Roger Canaff, New York City’s former assistant district attorney, explained to CNN that it will be difficult for prosecutors to prove the accusation that Kelly knowingly infected his sexual partners.

“It is difficult to prove because it is not easy to prove beyond a reasonable doubt that the defendant knew he was infected when the sexual intercourse took place,” Canaff told CNN. “However, testimony from a doctor who was treating Kelly is damning evidence. It shows that, as far back as 2007, Kelly knew he had a venereal disease. If it can be proven that he knew, and that he continued to have sexual intercourse, then the offense can be proven against him.”

Whew Chile, when it pisses it pours. What do you guys think of this pee, I mean, tea?