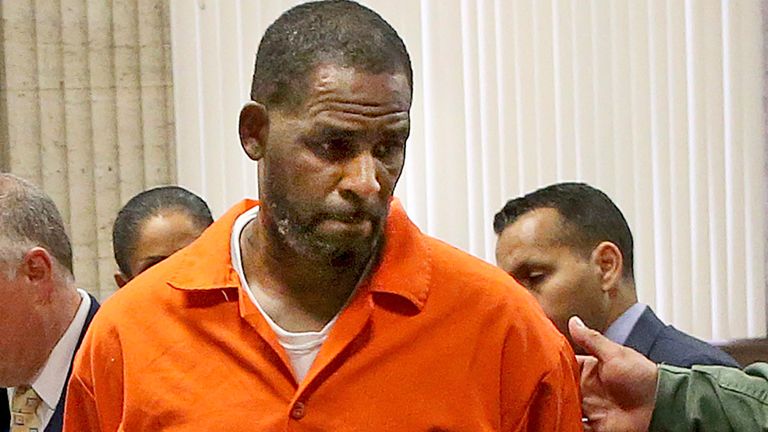 It’s been nearly two weeks since R. Kelly’s criminal trial in New York began. Each day, a new bombshell revelation is made detailing the alleged sex crimes committed by the embattled R&B singer. Today, the first male witness took the stand and testified that the singer abused him as a high school student.

The male accuser, who didn’t reveal his real name, said that Kelly used his superstar status and industry connections with empty promises of helping his career. The witness said that he was first lured to Kelly’s Chicago home in 2007. He said that Kelly asked him “what I was willing to do for music.”

“I’ll carry your bags.… Anything you need, I’ll be willing to do,” he recounted telling Kelly. He said that the singer denied that a bag handler is what he needed before inquiring about whether the witness ever thought about having sex with a man. The man claimed Kelly then “crawled down on his knees and proceeded to give me oral sex,” despite not being “into it.”

“He told me to keep between him and me,” the witness said.

He explained that he continued to pay visits to Kelly. “I really wanted to make it in the music industry,” he said. In a separate incident, he claimed the singer “snapped his fingers three times” to call on a naked woman who performed oral sex on both of them.

The witness’ testimony came as part of an agreement after copping a guilty plea in a case where he’s charged for a failed attempt at bribe a woman to not take the stand against the singer.

This gets messier every day that the trial continues. Keep up with all the pee, I mean, tea here.