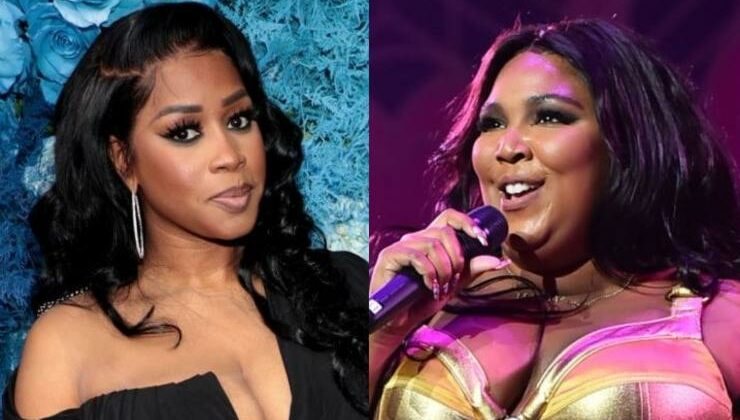 One thing about it, social media gives a lot of losers who’d otherwise never been in the same room as you, some type of access to you..and the trolls never hesitate to abuse it. Remy stepped in to give Lizzo advice on how to deal with those matters.

Since her breakout hit “Truth Hurts” helped put Lizzo on the mainstream map, people have taken to social media to speak negatively about her. Whether it’s her weight, her looks, her performances, her social media posts, her activism, her race, or her music, Lizzo has taken hits by the thousands on a daily basis.

Following the release of her most recently Cardi B-assisted single “Rumors,” Lizzo appeared online in a tearful Livestream where she expressed the difficulty of being harassed by strangers. People have come forward to defend her including T.I. and The Game, and now Remy Ma is lending her voice to encourage her fellow artist.

Several of our favorites came together to celebrate 18 years of Jay-Z’s 40/40 Club in New York City, and while walking the folks over at Hollywood Unlocked were able to snag just a few moments with Remy Ma. The “Shether” rapper knows her fair share about vicious criticism and offered a bit of advice on how to handle it.

“F*ck those b*tches! Like, what are you talkin’ about? F*ck them. Just keep getting your money. Like, don’t pay attention to these people,” said Remy. “You’ll never see them in real life ever. They will never say it to your face.” Last week, The Game shared similar sentiments.

“Like the sh*t y’all doin’ to Lizzo,” he said at the time. “Got her cryin’ on the internet and doing all that. Motherf*ckers like…y’all fans, man. Y’all fans. Stay fans. Stay in y’all place, man. If somebody was on your ass every motherf*ckin’ day judging your motherf*ckin’ life, what would that look like?”

Watch Remy Ma on the red carpet below.