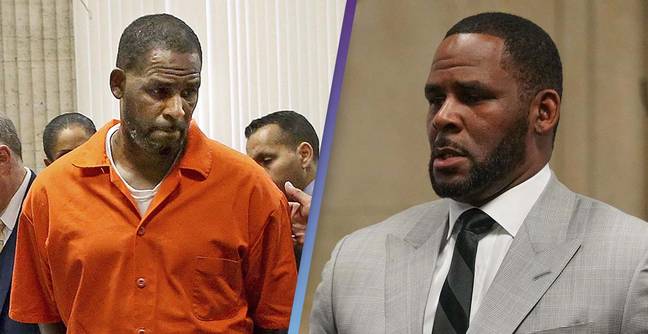 When it pisses it pours for Robert Kelly. Despite the fact he’s locked women up in cages like dogs for years, that man is seriously struggling with the fact that he could likely spend the rest of his life behind bars.

R. Kelly’s lawyer appeared before a judge on Wednesday, where he revealed that the disgraced singer had been placed on suicide watch following his guilty conviction. The “I Believe I Can Fly” singer was recently convicted of sex trafficking charges, and he is set to go on trial in Chicago on child pornography charges next summer. Kelly’s defense hasn’t changed much over the months and according to his lawyer, the singer was placed on suicide watch shortly after his verdict was read in the sex trafficking trial. However, he has since been removed from the watch.

Kelly has been jailed in New York since 2019 without bail, and he’s facing four other charges in Chicago, as well as a child prostitution charge in Minnesota. During his New York trial, Kelly’s marriage to an underage Aaliyah was the topic of much discussion, as a jury found him guilty of bribing a public aid official to obtain a fake ID for Aaliyah, who was 15-years-old at the time, so they could get illegally married.

Kelly is presently facing anywhere from 10 to 100 years in prison.

We will continue to keep you updated as more news comes out regarding R. Kelly’s upcoming trial. He is set to appear in a Chicago court next year, in August 2022. All jokes aside, I wouldn’t wish death on anyone so hopefully Kelly is able to better come to terms with his future going forward. Should’ve left them kids alone, chile. Y’all feel bad?