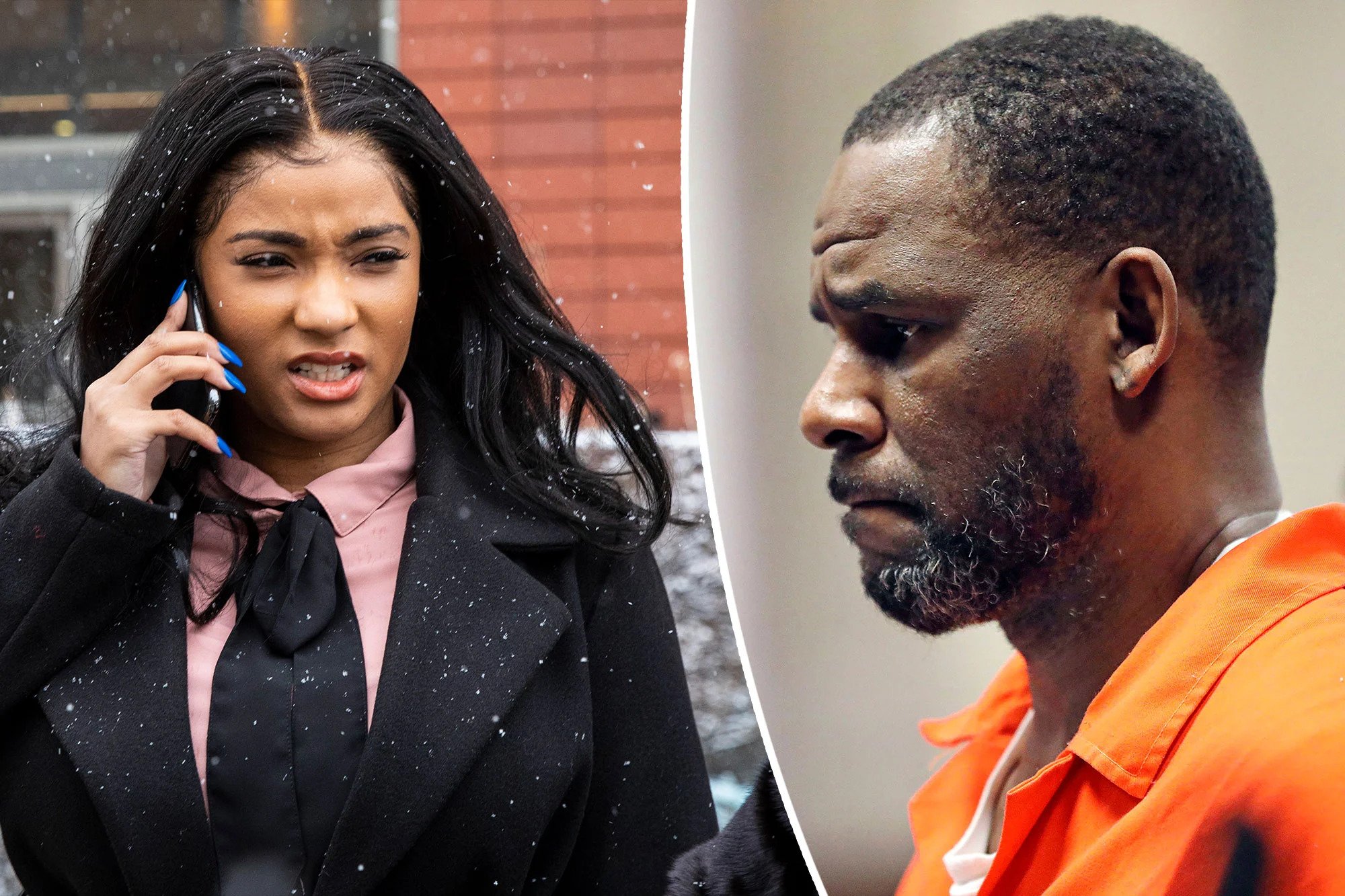 One of Kelly’s concubines is taking sticking beside her man to the next pissy level. Yes, R. Kelly and Joycelyn Savage are reportedly engaged.

When it pisses it pours, R. Kelly’s legal issues are far from over. The embattled singer is still facing charges related to sex crimes but last week, a judge handed down a 30-year sentence after he was convicted of sex crimes and racketeering charges. Ahead of his sentencing, Joycelyn Savage, a woman who was accused of being his sex slave, penned a letter to the judge requesting leniency and revealed that they’re engaged, per AllHipHop.

In the letter, Savage described herself as “Robert Kelly’s fiancé” while shutting down the government’s portrayal of her as one of the singer’s victims. She pleaded with Judge Ann Donnelly to give Kelly a lighter sentence for his crimes, claiming that he is not the “monster that the government described him to be.”

“My relationship with Robert is amazing. He’s the best thing that’s ever happened to me. We have a very special connection and are deeply in love. I still support Robert to this day because I love him and will always be here to support him,” she wrote. “The Robert I know is very sweet, gentle, and kind. At the end of the day, he has always made sure that I’m taken care of and any other women he was with, as well.”

She added that the narrative about him and other women he’s accused of abusing is “absolutely untrue.” “It’s the complete opposite of who he is and what my relationship is like with Robert,” she added. “Robert and I are deeply in love and it breaks my heart that the government has created a narrative that I’m a victim.”

Though Kelly was found guilty of all charges connected to his trial in New York, he’s currently awaiting another trial in Chicago for child pornography and obstruction charges. A low down pissy shame.