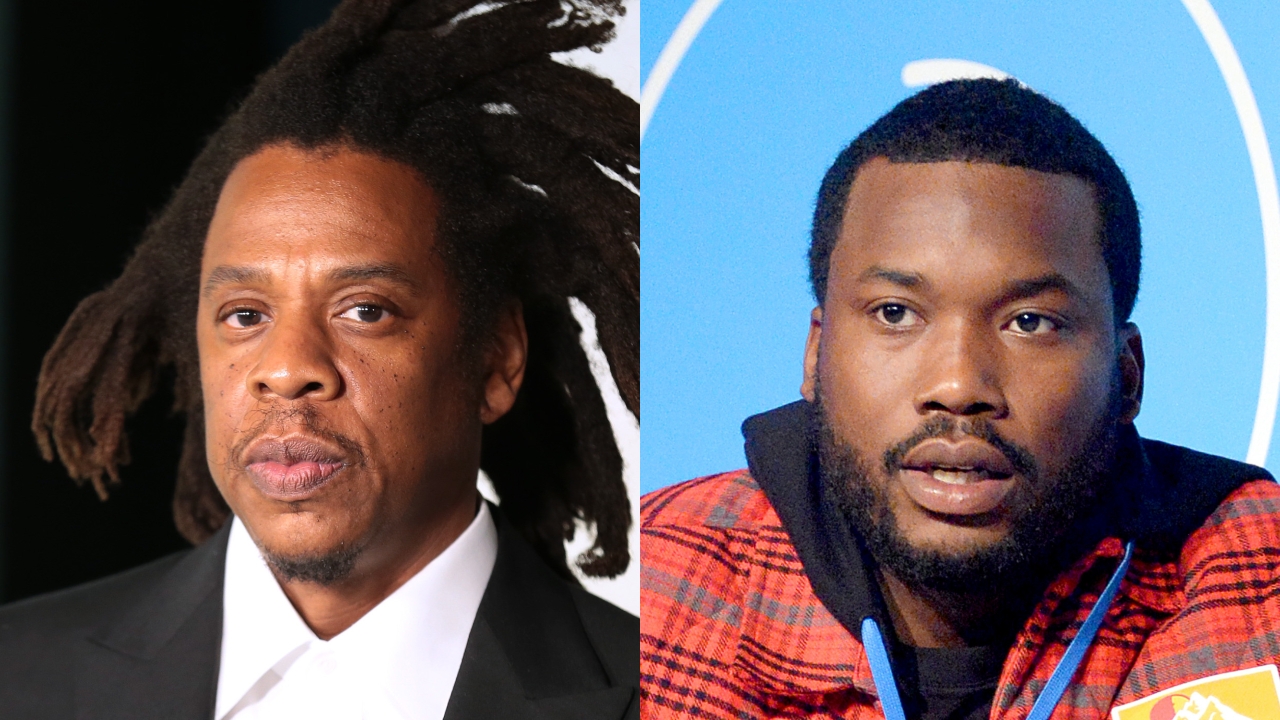 Honestly, this really isn’t all that surprising. Roc Nation can definitely be amazing for some acts, but just like with any company, sometimes it’s not always the best situation for others. I think they’ve absolutely benefitted Meek in the past but it’ll be interesting to see his moves going forward.

It looks like Meek Mill and Roc Nation have decided to part ways after 10 years together, according to Billboard. Speculation arose that the Dream Chasers rapper and the Jay-Z-led company ended their long-standing working relationship after Meek’s profile on the Roc Nation website was removed. It seems there’s also no trace of Meek Mill on Roc Nation’s social media platforms, as well. So far, neither party has confirmed the split and it remains unclear what led to Meek’s departure from the Roc after signing with the management team in 2012.

Though Meek might no longer be managed by Roc Nation, he still has a few other dealings with Jay-Z and co. For one, Dream Chasers Records was announced as a joint venture with Roc Nation. Secondly, he’s also part of REFORM Alliance, a non-profit initiative that he launched alongside Jay-Z to help fight for prison reform. It’s unclear how these ventures might be affected by Meek’s departure from Roc Nation Management.

“They didn’t put nothing into expensive pain and then said I can’t drop another project for 9 months at the end of my contract after I made them 100’s of millions ….. how would can anybody survive that … most rappers can’t speak because they depend on these companies “I don’t,” he tweeted before accusing Atlantic Records of ruining his relationship with Roddy Ricch.

We’ll keep you posted on anymore updates regarding Meek’s dealings with Roc Nation. Do you see this being a good move for him?