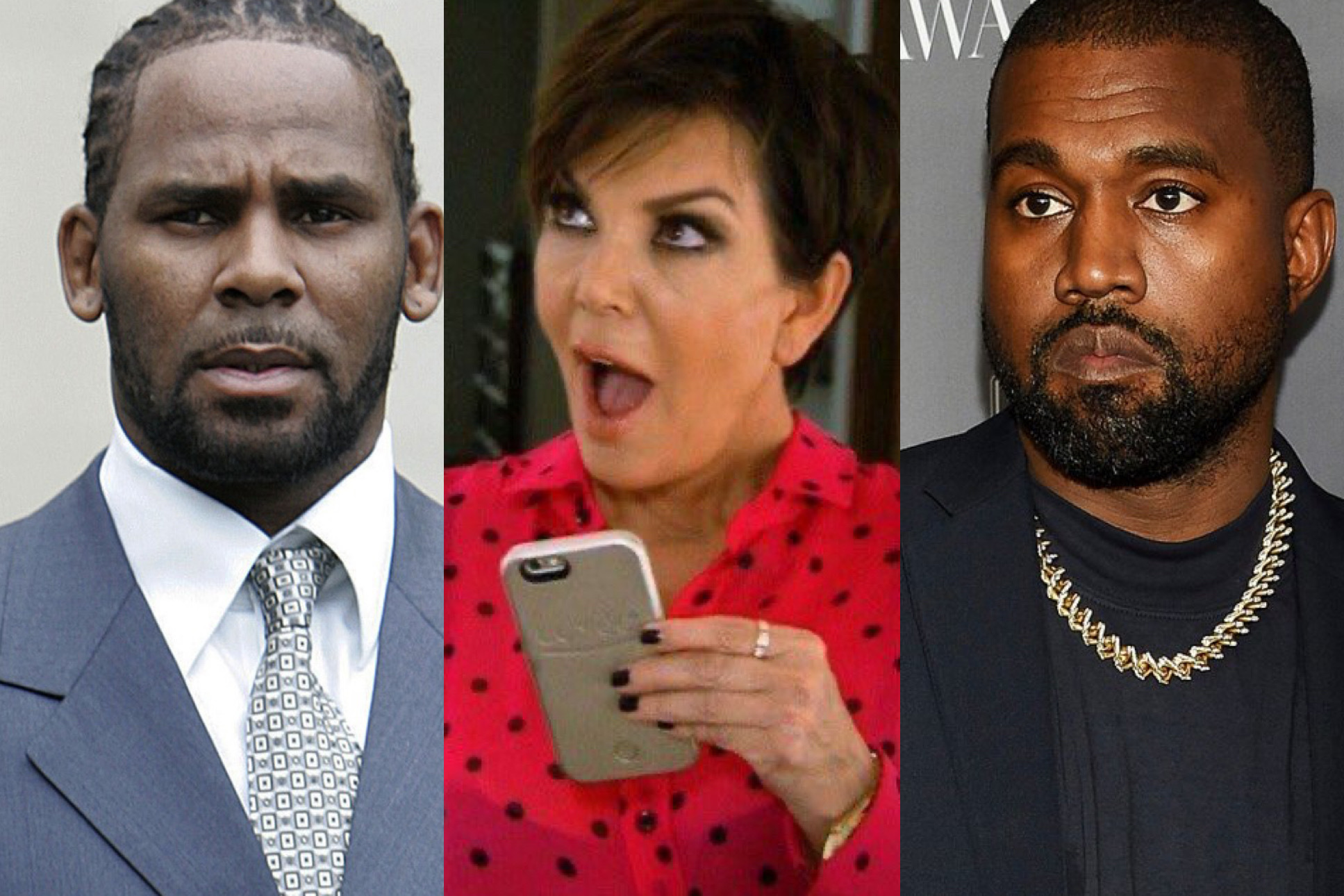 There are conflicting reports about how Kris Jenner and Kim Kardashian are reacting to Kanye West’s GRAMMY-urinating incident, meanwhile the internet is making meme’s out of the fact that Ye pulled out R Kelly’s signature move.

Kanye West was barred from tweeting any further after he doxxed a journalist at Forbes, but prior to his suspension from the app, he was on a roll. In the span of an hour, Kanye asked Drake, Kendrick Lamar, and even Taylor Swift to retweet his industry concerns, shared screenshots of every single page from his multiple contracts with Universal and Sony, and took a video of himself urinating on one of his GRAMMY awards.

Trust me … I WONT STOP pic.twitter.com/RmVkqrSa4F

Kanye’s family has been silent throughout his rant, so it’s been unclear how they are reacting to it. This summer, his tweets about Kris Jenner and Kim Kardashianforced divorce rumors to the forefront of pop culture. Following yesterday’s tweet-heavy day for West, there are conflicting reports about how Kim and Kris are reacting. While this is all gossip for the time being, InTouch Weekly and their “sources” claim that Kris Jenner, West’s mother-in-law, is “appalled” about his GRAMMY Award incident.

“The family is used to Kanye’s outrageous antics, but he keeps crossing the line,” reportedly said an “insider.” The publication also said that Kim was “at the end of her rope” with the star. Us Weekly, a competing tabloid, is reporting the opposite. They say that Kim is actually being supportive of her husband right now.

“Kim is holding onto her marriage with Kanye and knows that he is bipolar and struggling with his mental health and wants to be there for him and help,” said a “source” to Us Weekly. “She is continuing to support him and does her best to understand him and where he is coming from. She knows he is unconventional and has always known that.”

However, the loudest response has been in the comments to Kanye’s peeing video, with hundreds of people mentioning R. Kelly in the replies. Specifically due to Ye claiming that Kelly was taken down by “white media” Take a look at some of the hilarous reactions below. What do you think of this mess?

Kanye West’s deleted tweet claiming that the rapist Bill Cosby and the pedophile R.Kelly were ‘taken down by white media’ pic.twitter.com/2obJuXuDeN

R.Kelly looking at the Kanye West video from prison.. pic.twitter.com/Q2ejHXSHqF

Kanye must be going through what R. Kelly went through right before the takedown when he found out he never owned his masters and he was being robbed of millions in royalties, bogus contracts, etc.