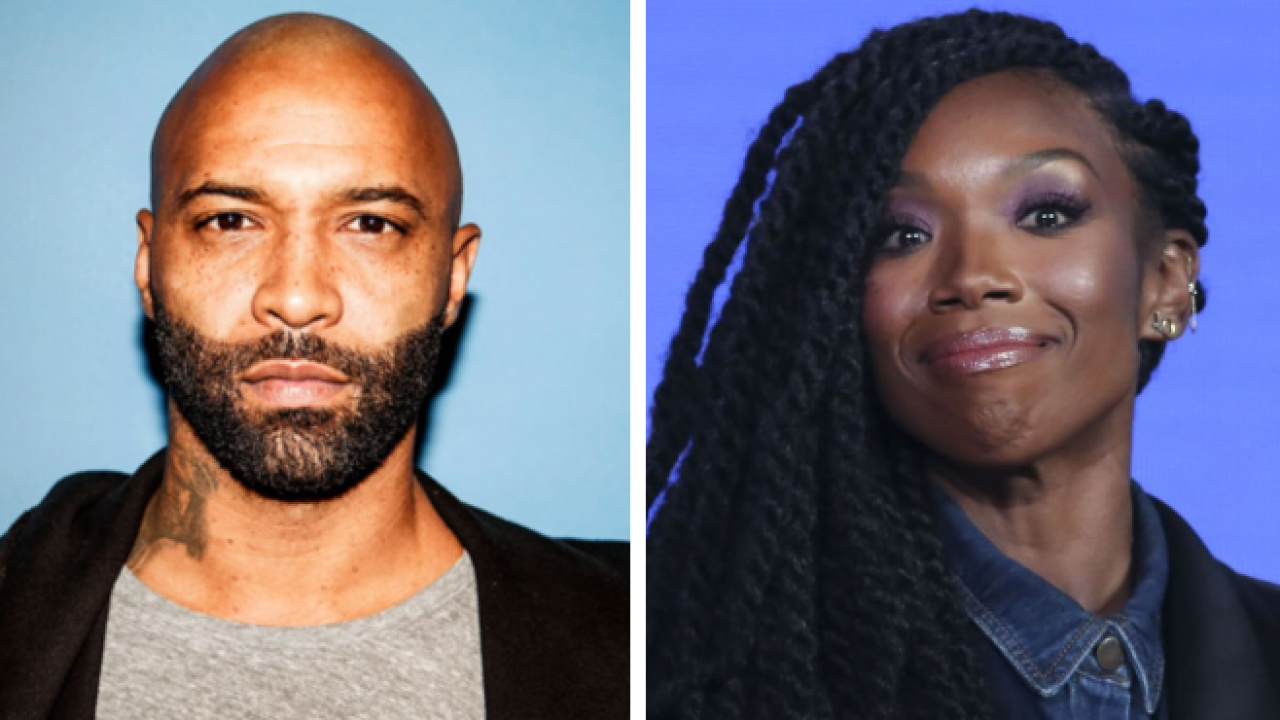 Budden recently stated that he has a bit of a crush on the singer…but the vocal bible hit him with a very polite, “not me, girl.”

He tried to shoot his shot, but Brandy is not a dog and dodged out of his way. Joe Budden was recently on his podcast speaking with Ray J, brother to singer Brandy, and mentioned that he may have had a bit of a crush on the B7 star. Budden playfully asked Ray J to put in a good word on his behalf and asked if the Moesha actress was single. Ray told hm that his sister wasn’t dating anyone, so Joe made it known that he was eager and willing.

Ray J added that Brandy “needs a nice, good, wholesome guy that’s gonna be honest.” Mal joked and said, “That’s not Joe.” Budden shut that down and replied, “Don’t do that. I just told you I love Brandy… I might need to pull up.” To say that Joe was excited as the prospect is an understatement.

Brandy recently caught up with L.A.’s Power 106 radio station and was asked about her thoughts on Joe Budden’s proposal, and it doesn’t look good for the “Pump It Up” rapper. She didn’t say she wasn’t interested, but she won’t consider the possiblity because Budden is friends with Ray J.

“My brother’s homies are like my brothers, my friends. No,” said Brandy. Too bad for Joe. Check out Brandy on Power 106 below. Do you think B-Rocka should give “Mr Pump it Up” a chance?