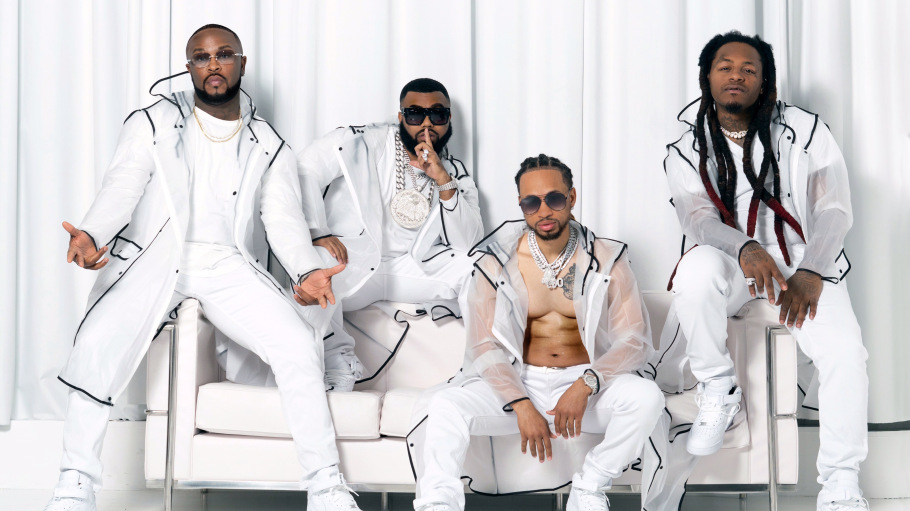 Two things come to mind when I think of Pretty Ricky, that video of Spectacular dancing in red panties that he threatened to have my page deleted and sue me for..and also countless times doing things I shouldn’t have been doing as a teen with their music playing in the background as the soundtrack…but did they create that?

Are people sleeping on Pretty Ricky’s legacy? There have been several conversations regarding Mt. Rushmore’s, greatest of all time lists, and who-should-face-off-with-whom on Verzuz, and Spectacular believes that his group deserves more respect. The Miami R&B-Hip Hop group burst onto the scene in the early 2000s with their hit “Grind With Me,” later making waves with other favorites including “Your Body” and “On The Hotline.”

They even stormed the Millennium Tour stages back in 2019 alongside artists like B2K, Mario, the Ying Yang Twins, and Lloyd. While fans haven’t ceased in expressing love for Pretty Ricky, Spectacular took to Instagram to get a few things off of his chest. “The industry never gave us our flowers,” he began.

He listed off other arguable firsts, including playing their catalog from front to back without skipping and making lanes for sex-oriented music. “We were the first group that helps you get popping in the bedroom. We were the first group that had you grinding on each other on the floor, chairs, walls, and dance floors at parties and clubs,” he added. “We made it cool to be sexy and express yourself sexually. We got banned from radio stations because our lyrics were too dirty, we paved the way for all new artists making sexual music.”

Regardless of the lack of flowers that Spectacular believes they deserve, he claimed that the group knows their impact. “I haven’t seen another band come close to us yet, respectfully.” Do you agree with Spectacular or is he reaching a bit here? Check out his post in full below.