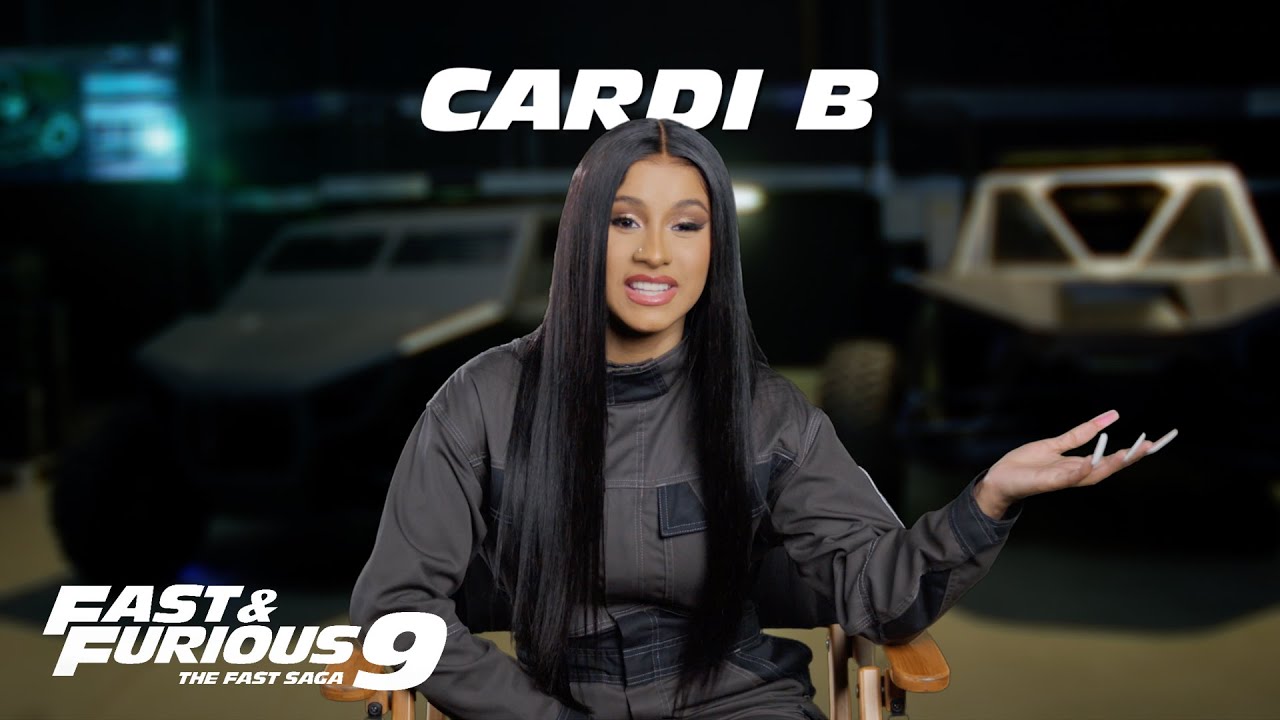 Big Bag Bardi on the BIG screen, what’s not to love about it?

Ever since breaking out as a hip-hop superstar with the release of her 2018 debut album Invasion Of Privacy, Cardi B has undeniably become a pop culture phenomenon. So it should really come as no surprise that her career continues to grow and branch into other areas alongside her music career such as beauty, fashion, and even film! Having recently appeared in Lorene Scafaria’s Hustlers, holding it down with a brief role alongside Jennifer Lopez and Constance Wu fans have since been looking forward to Bardi’s next step on the big screen.

Now, Cardi is set to make yet another cinematic appearance, this time in Justin Lin’s upcoming Fast & The Furious 9. With the film due out for a United States theatrical release on June 25th, Cardi B took a moment to speak on her role in the flick, breaking down how it all came to be in the first place.

“Vin Diesel reached out, and he was talking about a role,” explains Cardi, who plays the character Leysa — a woman who has a history with Vin Diesel’s Dom. “I’m like, it’s freakin’ Fast & Furious. Get me there, put me on a plane! I like the fact that I’m representing such a powerful strong woman. She’s just that bitch…I remember when I saw Ludacris in Fast & The Furious, then to see Don Omar, it makes the hood have hope.”

“Being around Vin, he’s just so nice, so dope,” she continues, praising her co-star. “He makes you feel so comfortable. I’m just so excited.” It’s definitely an exciting “mama we made it moment” for many to see Cardi in a Hollywood blockbuster — and who knows, perhaps it will be the first of many. Take a look at the clip of Bardi discussing the experience below. Are you excited to see her in the film?