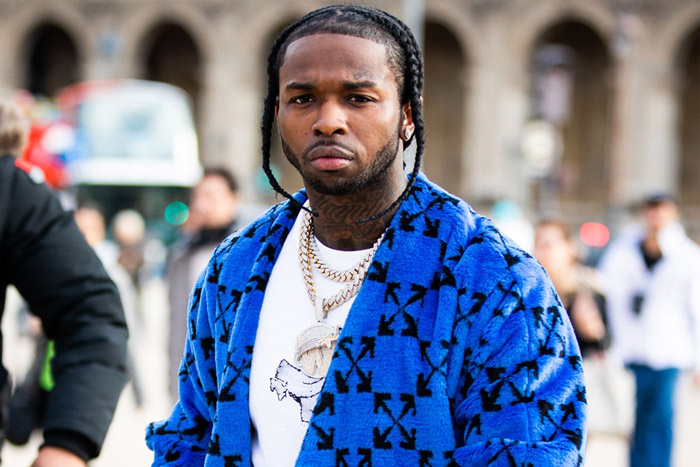 What type of mess is this? People really don’t have respect for anything.

Pop Smoke’s grave at Green-Wood Cemetery in Brooklyn, N.Y. has reportedly been vandalized, according to TMZ. It’s unclear how or why the disgraceful act took place, but the desecrated site was noticed, Saturday morning.

Based on scrape marks leading from the tomb in photos obtained by TMZ, it’s being rumored that the vandals dragged Smoke’s casket out of the crypt where it lay. Several hours after security had been alerted of the vandalism, Smoke’s grave was replaced with a blank slab. It’s unclear when his plaque will be replaced.

Smoke was shot and killed during a home invasion in Los Angeles in February 2020.

“I feel like, instead of dropping all thirty songs, I would have waited until now, till next year, that way his name will stay alive instead of just dropping it all at one time,” said Pop’s best friend, regarding Smoke’s latest posthumous album, Faith.

When asked how many songs there are left, he continued: “I’m guessing this is what he had left in the vault. Yeah.”