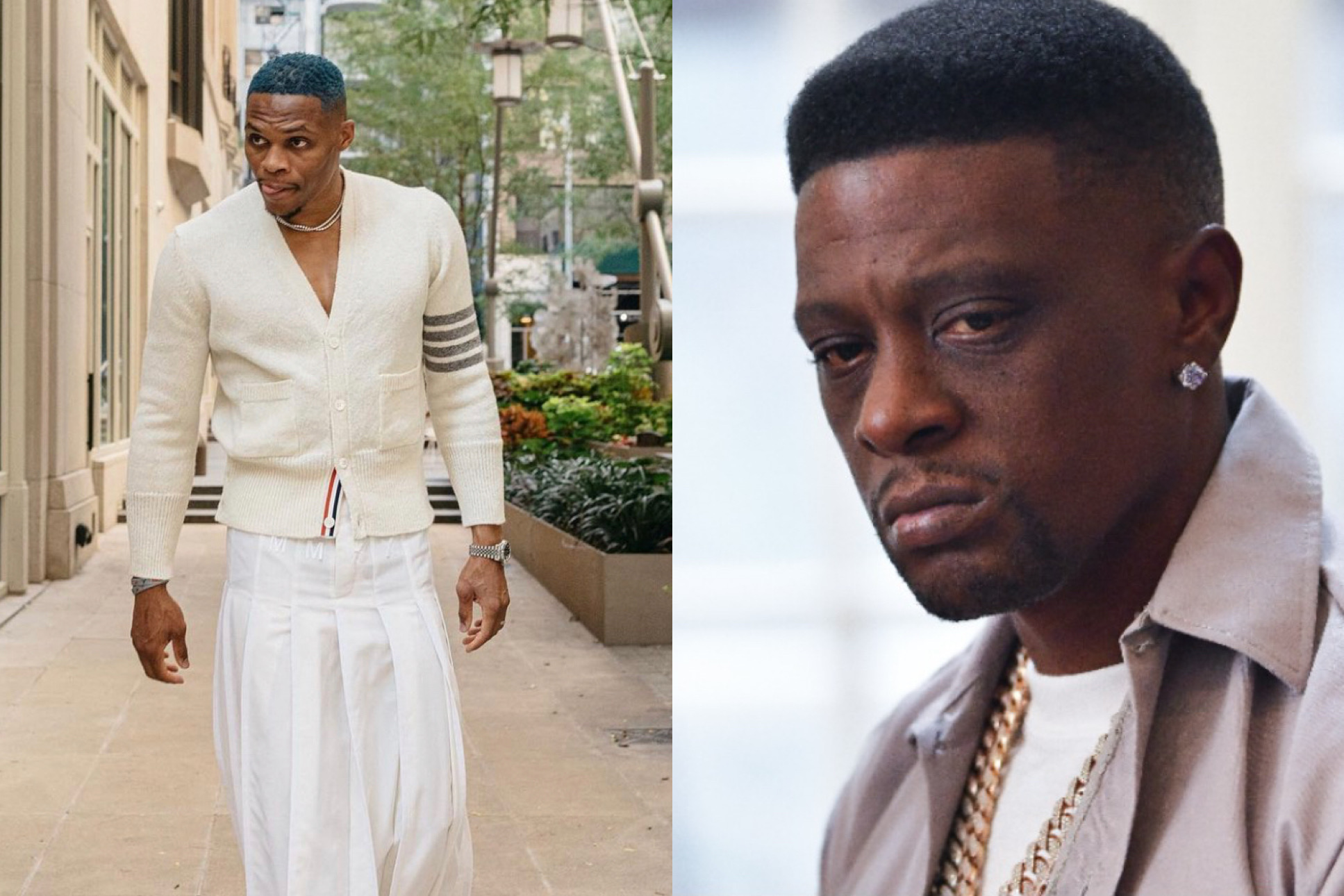 Imagine being more known as homo-police than for your music at this point. Russell hasn’t ever been shy about his unique choices of fashion, this week he decided to go for a “gone with the wind fabulous” look by rocking a skirt to fashion week and people are waiting for Mr Bussy Badazz to inevitably enter the chat.

Russell Westbrook will be playing with the Los Angeles Lakers this season and fans cannot wait to see what he is going to do out on the court. With the season just a month away, fans are looking forward to seeing him in that purple and gold jersey, however, last night, Westbrook made waves for another fashion choice.

While taking part in a shoot for New York Fashion Week, Westbrook decided to don a long white skirt and he posed in it without a fear in the world of what people might say. Men in skirts have been a hot topic of debate as of late especially with Kid Cudi, Young Thug, and Harry Styles wearing similar garments.

Regardless, Westbrook wore his skirt with pride and many fans noted that he looked pretty good. On the flip side of that, the conspiracy theories and homophobia jumped out as some claimed that Westbrook was lost, confused, and compromised. On Twitter, a large swarm of fans condemned these homophobic opinions and even shifted focus to Boosie, who has been a harsh critic of anything that doesn’t fit the definition of hyper-masculinity.

“Don’t address me unless it four letters” @kendricklamar pic.twitter.com/5c7rhRBZKx

Fans are already anticipating a hysterical response from the artist and this anticipation led to some pretty hilarious memes on social media. After all, Boosie has shown time and time again that he doesn’t mind commenting on this stuff, especially as it pertains to Lil Nas X. Now that it is a professional athlete donning a dress, it will be interesting to see what kind of energy Boosie has for it. Were you feeling Westbrook’s look? Do y’all think Boosie knows how much of a joke he is at this point?

Boosie running to grab his phone so he can say something homophobic about Russell Westbrook: pic.twitter.com/3SYQqVYrWD

Boosie when he sees the photo of Russell Westbrook in the Thom Browne skirt pic.twitter.com/mxuJyxkGvn

Boosie when he sees them Westbrook pics pic.twitter.com/kIZsPMLmdT

Boosie when he sees those photos of Westbrook in a dress: pic.twitter.com/kWvS3yeZPD

Boosie when he seen that photo of Westbrook wearing the skirt pic.twitter.com/EIgIlFd2AD

Lil Boosie when he sees Westbrook with that dress on 🤣🤣 pic.twitter.com/DrBOUZHRlE

Boosie when he sees why Russell Westbrook is trending pic.twitter.com/oZ5MCQUQpq