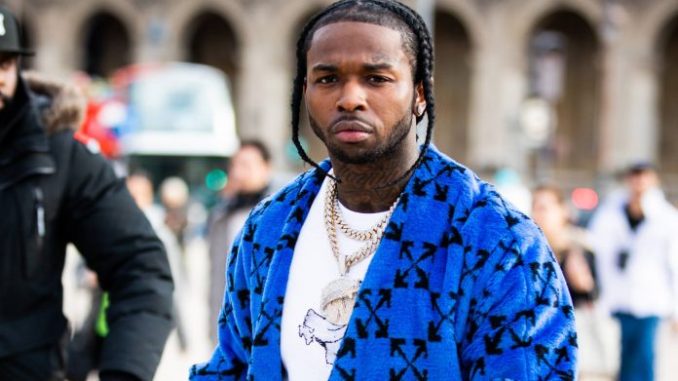 Posthumous releases after an artist’s death are a very tricky thing. Fans can feel when the overall spirit of the artist doesn’t seem to be in it and apparently not everyone is feeling Pop Smoke’s latest effort.

The second posthumous album from Pop Smoke has arrived, titled Faith. Showcasing the rapper’s potential for greatness as he sharpened his skills as a recording artist, the late 20-year-old’s blank spots were filled with some of the music industry’s strongest forces, including Kanye West, Pusha-T, Kid Cudi, Pharrell, Chris Brown, Future, Dua Lipa, and more. The Brooklyn drill star’s team managed to effect one of the most creative rollouts of the year, revealing the tracklist through a series of virtual lottery scratch cards, and uncovering some new music via QR codes hidden in promotional street posters… but apparently not everyone is here for it.

As the world dissects the new album, people have been sharing their opinions about the twenty-track body of work. The reception has been divided so far with some diehard fans wishing to have heard more from Pop Smoke, and less from the features. However, with so many unfinished songs in his catalog, this was likely the only way that his estate could realistically release these tracks.

Nonetheless, many Pop Smoke fans are convinced that the late rapper would not have been happy with the release. As fans continue to react to the new album, one of Pop’s go-to producers 808Melo has shared his thoughts, and he seemingly thinks Faith is so bad that the late rapper deserves an apology for it.

“Don’t complain to me about the album I had no involvement in it & you guys know that,” wrote Melo on Twitter. “Sorry bro I miss you.”

When a fan responded to Melo and pointed out that he has a production credit on “Brush Em” featuring Rah Swish, the producer corrected him. “Look at the credits, I Solo produced Brush Em. Does it sound like my drums,” he asked.

I think these types of situations are tricky. I get where some people may feel the deceased artist is being taken advantage of since they are not here to give their seal of approval on a project boasting their name, but I also think it can be tope for fans to get an idea of the unreleased vault that the artist was working. What do you guys think? Did you enjoy it? Take a look at some of the reactions below:

Don’t complain to me about the album I had no involvement in it & you guys know that!

Sorry bro I miss you 😔

Look at the credits , I Solo produced Brush Em. Does it sound like my drums? https://t.co/N9jkzDm2GE

Pop Smoke would’ve never wanted this album, I like his music but this album wasn’t it. Labels always overdo anything for money

Pop Smoke wouldn’t have fw half of the features on that album if he was still alive to see it pic.twitter.com/SI60BhsZ8K

Too many features.. we just wanted to hear Pop smoke man 😩💙 pic.twitter.com/aL6burlX7i

Pop Smoke looking down from heaven and seeing a whole lotta features on the album pic.twitter.com/Gk1SojLQhQ

This ain’t Pop Smoke’s album, this is the label’s album.