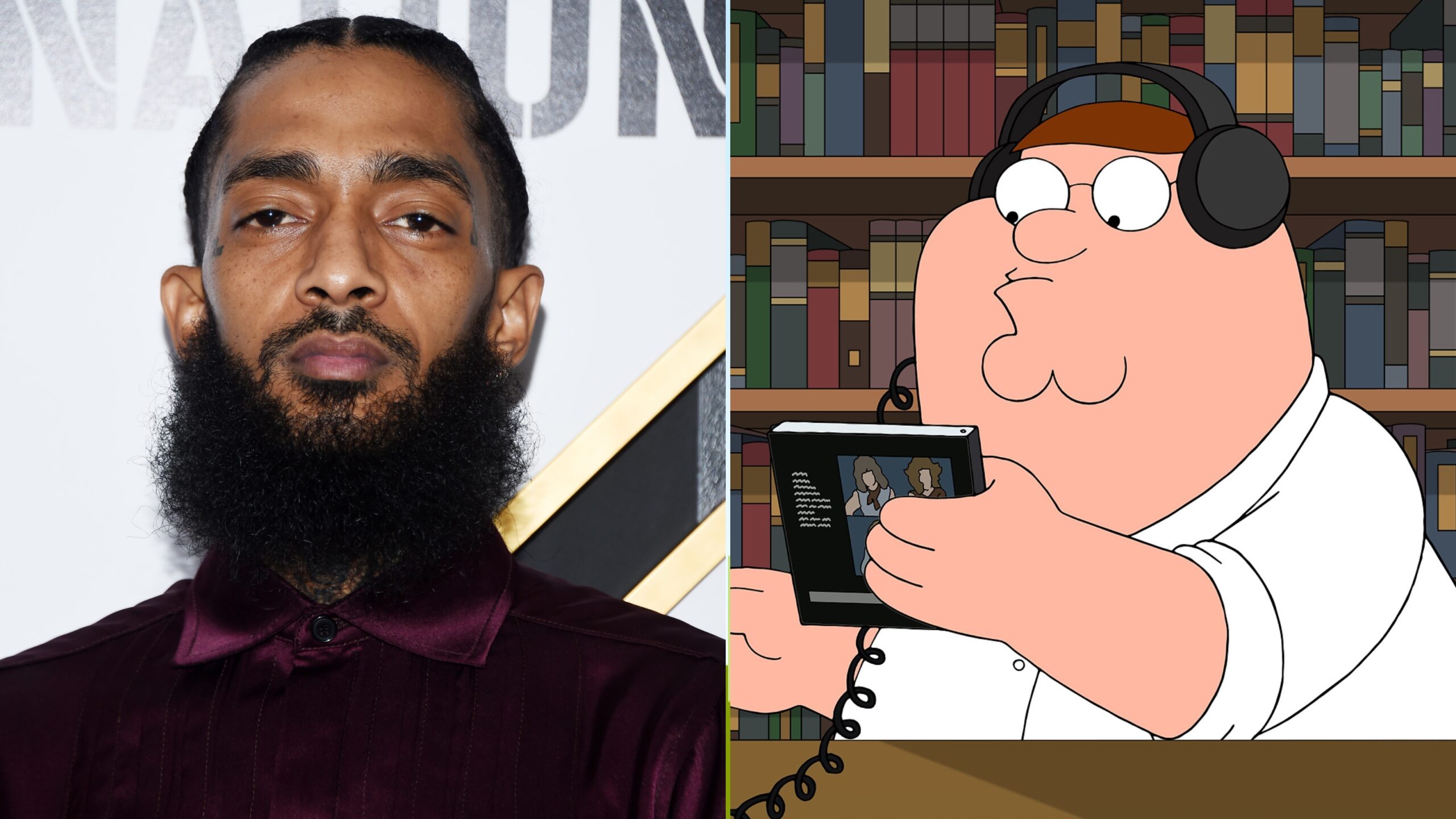 I’m going to say this, I’ve watched Family Guy for probably well over a decade and if you know the show, you know nothing is off limits. They don’t discriminate with the jokes, I’ve seen them come for every race, gender, sexuality, mass shootings, the living, the dead, and probably taboo subject you name. So while. I understand where Nipsey’s loved ones may be taken back… this is what the show does.

Before… well, and after, the era of cancel culture emerged, Family Guy stood as one of the few shows that pushed the boundaries as far as possible. The showrunners have never been afraid to touch on any subject matter. Unfortunately, the late Nipsey Hussle became a target in a 2021 episode, which resurfaced earlier today and sparked quite a stir.

Just a few years following Nip’s death, Family Guy poked fun at the rapper in a 2021 episode. “Young Parent Trap” from season 19 aired in April 2021. During the episode, Chris discusses plans to attend a festival with his parents. He then provides Lois and Peter with more information regarding the concert, including hologram performances from two late West Coast legends.

“They’re gonna have holograms of 2Pac and also Nipsey Hussle, who I’d never heard of and then was told to care immensely about,” Chris says.

The clip resurfaced this week after a Twitter user shared it calling the joke “out of pocket,” the comments then led to a flurry of responses. Some people felt as though Family Guy tried to slander Nipsey. However, many looked at it as a jab toward those who only began showing love to Nip after his passing. Those who defended the joke suggested that Family Guy’s had worse jokes in the past compared to the slight towards Nipsey Hussle. One person agreed with the TV show’s assessment of Nipsey Hussle.

“I didn’t know who the hell Nipsey Hussle was till he got shot and was all over my damn timeline,” one fan wrote. “So I definitely get the joke and I don’t see how it’s out of pocket. Have y’all seen Family Guy??”

Overall, it seems like people feel as thought the backlash isn’t warranted. Still, a lot of fans weren’t happy over the disrespect towards Nipsey’s legacy. Take a look for yourself and let us know your thoughts.

I didn’t know who the hell Nipsey Hussle was till he got shot and was all over my damn timeline….so I definitely get the joke and I don’t see how it’s out of pocket. Have y’all seen Family Guy?? https://t.co/0tMVXQaZf7

ANY Nipsey slander will NOT be tolerated on this side. If you don’t resonate with what he created that’s cool but don’t act like his contributions didn’t guide & help his true fan base evolve into better versions of themselves. https://t.co/t9CCwBjV3A

of all the terrible jokes on that show, writing one about knowing who Nipsey was from the POV of a suburban white kid from Rhode Island seems pretty tame

Family Guy getting canceled over a Nipsey Hussle joke is ridiculous. Imagine if all those cry babies watched a South Park episode… pic.twitter.com/ElI1e5Jt6I

Family Guy takes on everyone and everything. The Nipsey Hussle line wasn't even a stab at Nip, it was at the people that pretended to care about him ONLY after he was killed. Lighten the fuck up. Y'all wanna be offended by everything.

Not y’all being FAKE outraged about a Nipsey Hussle joke on Family Guy when Ike Turner (portrayed by Lawrence Fishburne) is still a meme y’all find funny, y’all was cool with the Whitney Houston remark made the other week and a bunch of other jokes about well known legends. FOH.

I know I don't see the "yall too sensitive"/"this new generation is soft" crowd down here crying over this https://t.co/i1VC17ru7B pic.twitter.com/5V0jSs1Zmv