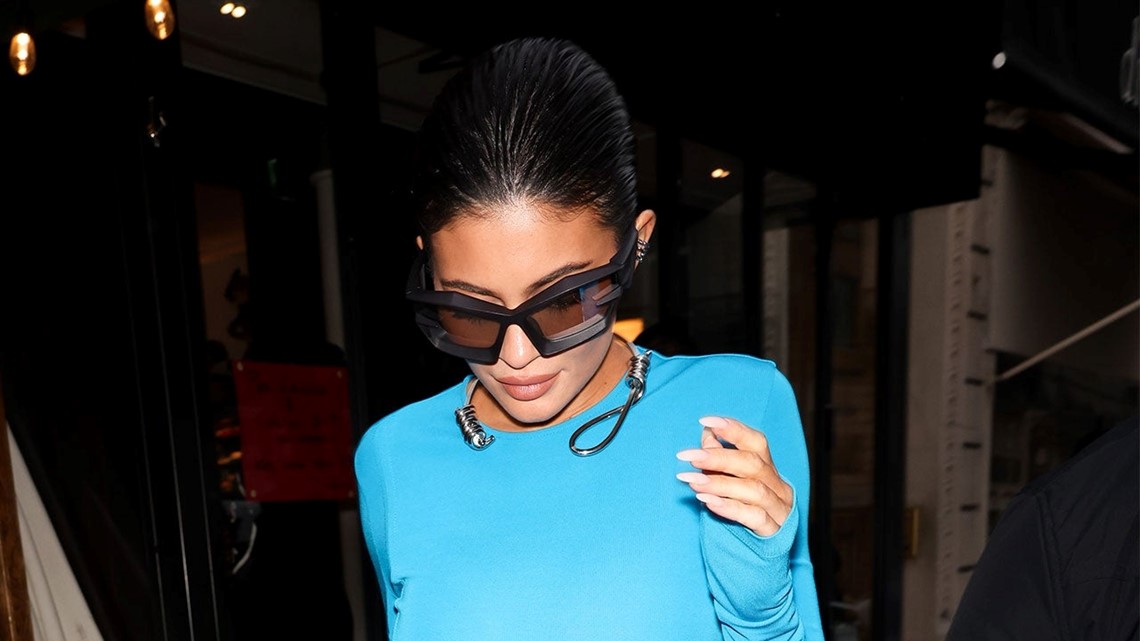 “Racism… but make it fashion.” You know, normally I can usually find some type of reasoning and see where the internet is coming at the Kardashian-Jenner’s a little too harshly sometimes. But this time… Kylie, what you doing, girl?

Unfortunately for the Kardashian-Jenner family, it often feels as though they can’t go a day without being criticized. Seeing as they have a large family, most of whom specifically choose to spend their time in the public eye, it’s not exactly surprising. After so much criticism in past years, though, you’d think they’d stop repeating the same mistakes. Most recently, the youngest sister, Kylie Jenner, is facing significant backlash for some of her Paris Fashion Week outfit choices.

Firstly, the internet has been having a field day with the makeup mogul’s animalistic outfit for the Schiaparelli couture show as she donned a curve-hugging black dress, complete with a lifesize, realistic lion’s head on her torso giving very much Mufasa realness.

While the materials used to create the majestic creature Jenner wore were faux, haters are still upset over her apparent promotion of wearing animals. However, PETA has made it known that they’re in support of her jungle-friendly fit, even publicly praising the socialite and brand for their creative work.

After obviously causing controversy at Schiaparelli, Kylie stepped into real cringe territory and stirred the pot with Givenchy. From afar, her outfit looks relatively normal, consisting of a bright blue dress and mid-length pink sparkly boots. Up close, though, you can see that the accessory worn around her neck actually doubles as a noose.

As Page Six notes, the controversial piece made its debut in the French brand’s Spring 2022 collection. It appeared on the runway in October 2021, at which time social media heavily criticized it. Upon seeing new photos of the 25-year-old in Paris, outraged Twitter users have been speaking out. “@givenchy & @KylieJenner yall support slavery? Because why would Givenchy create a noose necklace understanding the atrocities of slavery globally?” one user pondered.

“And, why would you, Kylie, wear a damn noose necklace and you have a HALF BLACK DAUGHTER & SON?! True racists,” they added. Another person openly asked, “This woman has no shame at all. Is she picking her outfits on purpose knowing very well they will create controversy?”

Take a look for yourself and let us know your thoughts. Did Kylie take it too far?

Kylie Jenner wearing a noose necklace is disgusting ,this woman has no shame at all ,is she picking her outfits on purpose knowing very well they will create controversy? #KylieJenner pic.twitter.com/B5pBxOYCK6

@givenchy & & @KylieJenner yall support slavery? Because why would Givenchy create noose necklace understanding the atrocities of slavery globally. And, why would you, Kylie, wear a damn noose necklace and you have a HALF BLACK DAUGHTER & SON?!

Kylie wearing a noose necklace in 2023. Please. You can’t tell me she’s oblivious.. All of the stylist and people approving her looks? & she’s a mother to black children. How are you this clueless?! So ignorant

Kylie you have black children, why are you wearing noose-styled accessories

i better not see NOOO KYLIE PRAISE ON MY TL AFTER THAT. wearing a fuckin noose necklace as if it’s fashion that shit isn’t fashion.

Two distractions in one week something really crazy is about to come out about them lol https://t.co/QLiPadnWkT

not only is it offensive in a very bad way not a boundary-pushing way it’s also just not a very compelling or particularly nice-looking piece of jewelry??? nauseating https://t.co/JVCEF1fN8i

The elite are getting too comfortable https://t.co/CP3KXMmSpW

In 2023 let’s not make wearing a noose fashion. Please.
(Also this fit is just overall bad but lemme mind my business ig) https://t.co/oGmfZOMUy5

…this lady is wearing a noose necklace by Givenchy lmao lordy Lordy. pic.twitter.com/pw8pyJGb5g