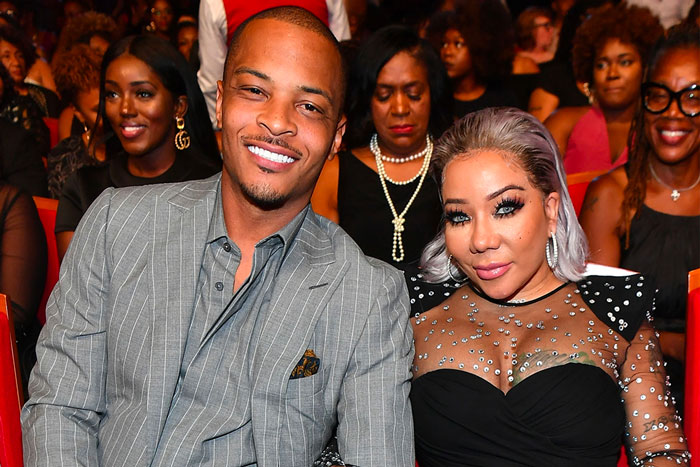 I mean… the woman definitely did not lie one but, but somebody should’ve told sis she wasn’t supposed to say that to the people on the record.

OMG! (pun totally intended) The judge for T.I. and his wife Tameka “Tiny” Harris‘s lawsuit against a toymaker has declared a mistrial. The ruling was handed down after jurors heard a woman testifying she “did not want to support a company that steals from African Americans and their ideas.”

The woman, Moneice Campbell, gave her testimony via recorded video. She added that “people often steal from the black community and make money off of it.” Senior U.S. District Judge James V. Selna declared the mistrial after hearing arguments from the company, MGA Entertainment’s lawyers. They held that “inflammatory” testimony about cultural appropriation had ruined their chances of a fair trial. They also labeled the comments a “rant” that is prejudicial against the defendants.

The judge had previously prohibited discussion about “cultural appropriation” as he found it to be “immaterial and impertinent” to the actual legal issues at play. Following the ruling, MGA Entertainment provided a statement to Billboard claiming that “diversity has always been a key value” at the company.

They added: “We are disappointed that the trial was cut short, but look forward to vindicating our rights in the next trial.” MGA attorneys also wrote in a motion that challenging the testimony will only draw “further attention to it.”

For those unfamiliar, the lawsuit is regarding the use of T.I. and Tiny’s stepdaughter’s likeness. The rapper and his wife are suing for using his Zonnique’s likeness in a series of dolls, which they claim ripped off her look while working in the rap group OMG Girlz.

It’s unclear when a new trial will begin.. but take a look at the receipts below and let us know if you think T.I and Tiny ultimately have a case here.

Coming soon to the federal courthouse in Santa Ana, California: Rapper T.I. and his wife, Tameka "Tiny" Harris, are going to trial to defend the intellectual property rights of the former girl rap group OMG Girlz in a lawsuit with toymaker MGA Entertainment. pic.twitter.com/5yTN39AXHA

Jurors in @MGAEnt v. @Tip heard from a woman who said she stopped buying OMG Dolls because "I did not want to support a company that steals from African Americans and their ideas."

Today, a judge declared a mistrial because of it, agreeing with this argument from MGA's lawyers. pic.twitter.com/51LXV8gFBO