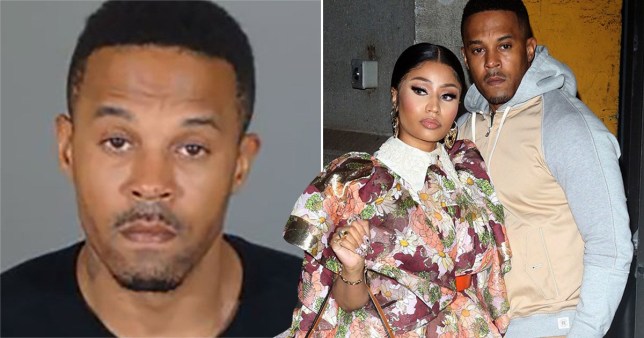 Initially, I was wondering why in the hell Minaj would make such a big negative deal over Jessie J pretty much complimenting her (we’ll talk about that in another story) but I think we got our answer when the latest news concerning her unfortunate choice of companion broke the very next day. However, that “Petty” distraction didn’t quite do the trick.

While she seems to be into being more vocal and picking fights with the likes of Jessie J, Nicki Minaj seems to be willing to address quite the mix of everything except for the negative press she gets around her husband, Kenneth Petty. From the very beginning of their public coming out, there was quite the controversy when someone of Minaj’s caliber shared that she was marrying a serial felon who had enough mugshots to build a trading card game. While the Barbz sent her well wishes, others were quick to point out the reality that Petty was imprisoned after being convicted of first-degree attempted rape in 1995.

We previously reported on Petty’s run-in with the law last year after he made California his permanent residence in 2019 to reside with his bride. Nicki’s husband then reportedly failed to register as a sex offender in California, so a case was built against him and he reportedly pleaded not guilty to the charge.

According to TMZ, federal prosecutors have offered Petty a plea deal: “plead guilty to one count of failing to register, and in return, the feds say they will seek a sentence at the low end of the guidelines.” It is unclear how long that sentence may be, but it was reported that the bare minimum is being considered with five years of supervised release.

Agreeing to the deal may have been in Petty’s best interest, considering the maximum he was facing behind bars was 10 years if convicted with supervised release for the rest of his life. It will now be up to a judge to determine Petty’s punishment.

This whole situation just reeks of second hand embarrassment. Whether you’re a fan of Minaj or not I don’t see how one can watch her parade this man around without cringing. Perhaps she’ll wake up one day. Thoughts?