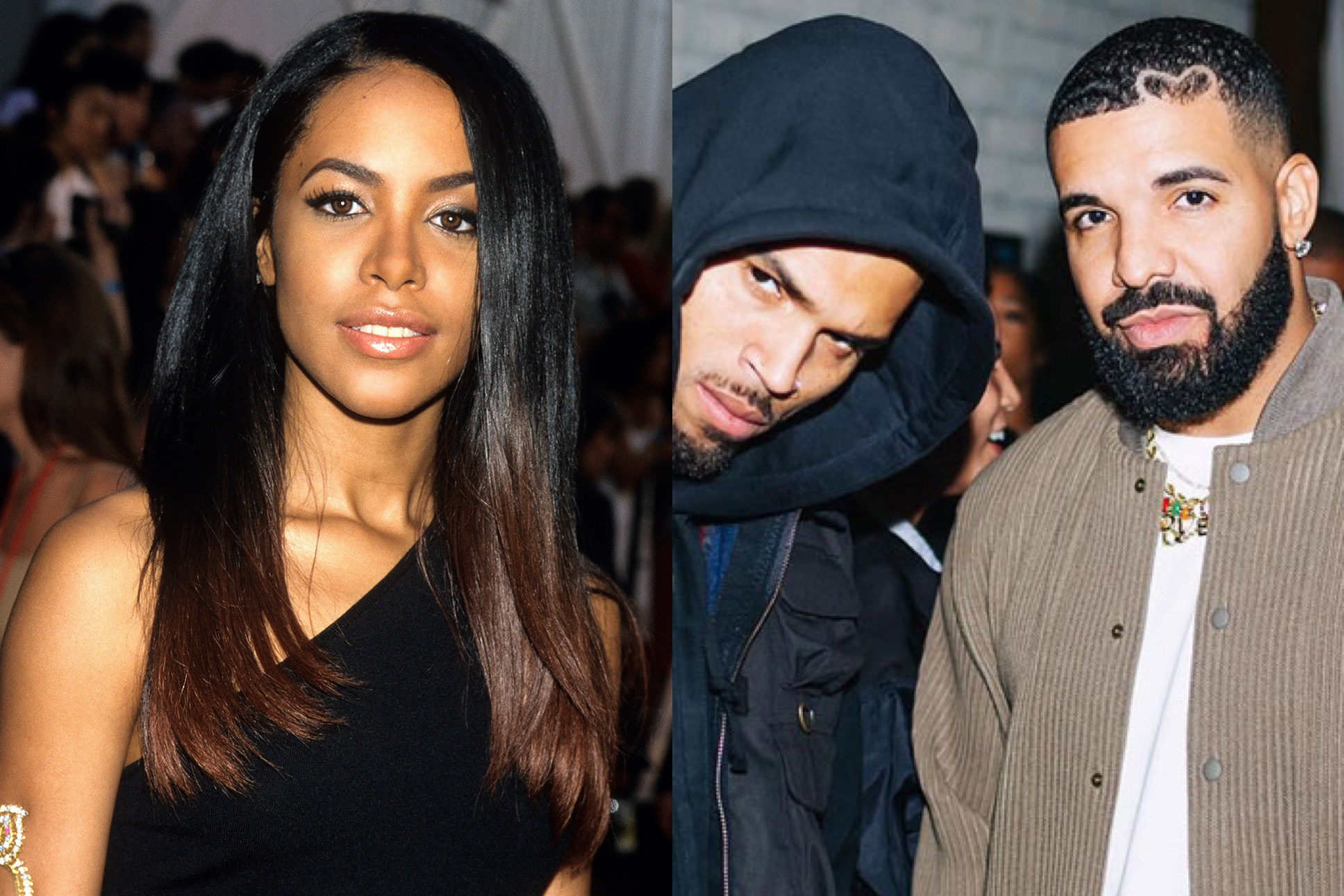 Well it looks like Uncle Barry isn’t just finally letting Aaliyah’s music that we know and love out of the vault, apparently he’s got some unreleased gems on the way as well… with some current day faces!

There has been quite a bit of buzz about Aaliyah in recent days. We’re fast approaching the 20th anniversary of her untimely death, and to mark the historical date, Kathy Iandoli is releasing her biography Baby Girl: Better Known as Aaliyah. The singer was just 22-years-old when she boarded a flight from the Bahamas to Miami after filming her “Rock the Boat” visual, and not long after takeoff, Aaliyah and her team all perished in a plane crash.

The anniversary has also caused Barry Hankerson, Aaliyah’s uncle, to once again become the topic of scathing conversations considering it is reported that he is the person responsible for holding tight to Aaliyah’s catalog all these years. Earlier this week, it was announced that Blackground Records would be releasing it’s former artists catalogues, including Aaliyah’s music, so fans are looking forward to the rollout which starts with ‘One in a Million,’ on August 20th.

Hankerson also sat down with the folks over at Billboard to chat about his infamous reputation, and during the chat, he revealed that there are plans for a posthumous Aaliyah album. The 74-year-old music executive gave insight into what could be expected from the project, including features on the forthcoming record.

According to Aaliyah’s uncle, her posthumous project will include features from “Drake, Future, Ne-Yo, Chris Brown and Snoop Dogg, while Timbaland has remixed and produced some of the sessions.” Singer Tank, another Blackground artist who sang background for Aaliyah, reportedly told Hankerson that he was interested in being involved, as well.

“It has been really nice,” Hankerson told the outlet regarding working on the record. “The only part that has been a little distasteful has been so many people being angry with me because the music didn’t come out when they wanted it. But I learned to live with that. There’s nothing I can do about it.”

I’m a little torn on this. I’m a huge Aaliyah fan so I’m always excited to hear anything with her name on it. However, posthumous albums have always been a touchy thing for me because it has to be hard to truly gage what an artist would approve of with them no longer being here.

Are you here for this new Aaliyah music?