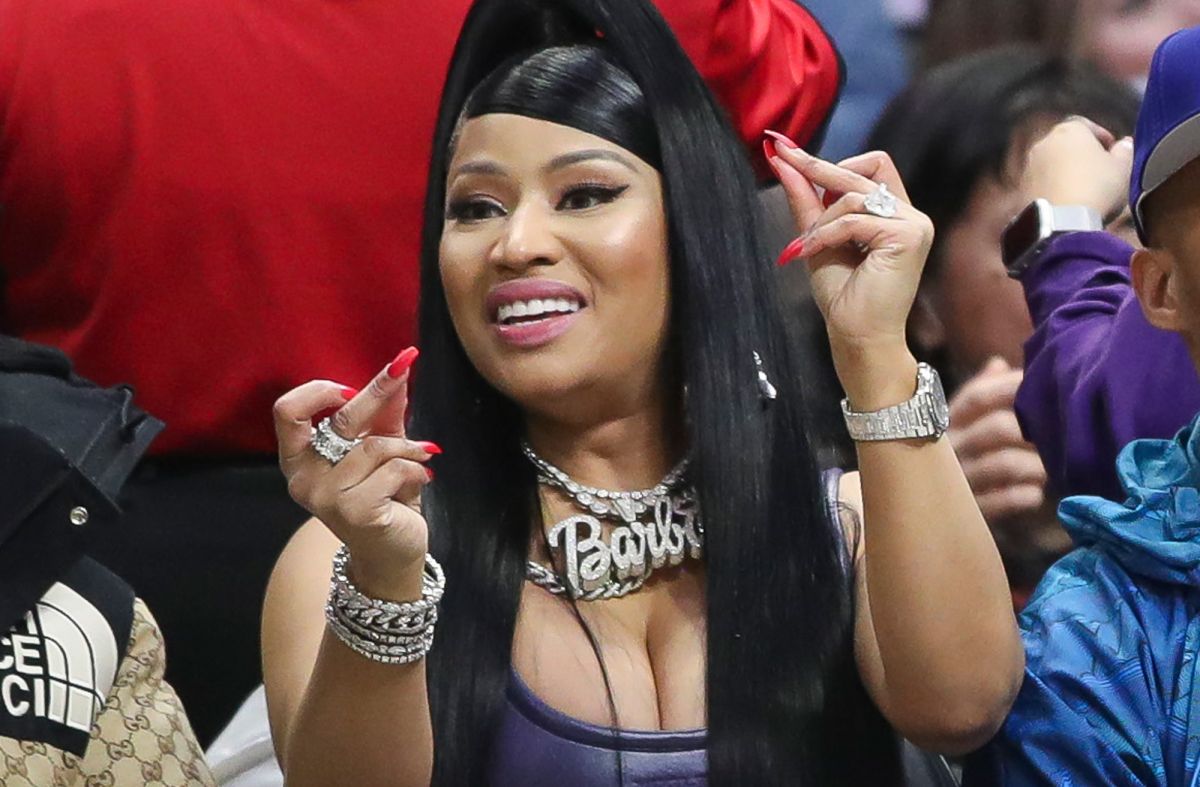 Let’s be honest, Minaj made a name for herself with the whole schizophrenic/voices in my head act so should we really be surprised here?

For a woman who once picked a fight with another rapper and his newborn child for simply topping the charts over her, to now taking shots and pulling out the usual “payola,” and “sabotage” excuses, it’s hard to believe what Nicki Minaj is selling in terms of “not caring,” where she may fall on the charts.

I remember the days when artists just felt blessed to get a Top 40 record, a top 10 of course was even bigger, and of course anything about that usually turned out to be a smash… that is until Stan Twitter started manipulating the charts to compete with organic hits and now it’s even gotten to the point where Billboard has had to change up their rules in order to get some type of grasp on fans mass buying records in order to increase it’s sales.

Nicki Minaj pulled out all the stops this past week promoting her latest single ‘Do We Have a Problem’ with Lil Baby and her dedicated legion of fans followed suit. From mass buying, to giving thousands of dollars to folks to buy it, to stealing their parents credit cards, the Barbz were determined to get their “Queen” to #1, but unfortunately fell short due to the monster hit that is Disney’s ‘Encanto’ soundtrack single “We Don’t Talk About Bruno.”

Now, most sane people are probably thinking… #2 isn’t bad, right? Well, apparently that isn’t enough for Minaj or her fans as they collectively began to spiral once Billboard announced the results, with the Chun-Li rapper throwing shade to others who have simply fared on the charts consistently better than her.

“Y’all. Let’s start by saying: I don’t need to GO #1. I AM #1. There’s a difference,” Minaj began her Twitter spree with, before continuing with many similar swan songs and later logging on to the Stationhead platform where she somehow managed to simultaneously yell and whisper crispy statements convincing her fans that they’re “elite” and how everyone is supposedly against them as she believes they are her.

A clip from the Stationhead rant made it’s rounds via Twitter causing many to give Mrs Petty the side eye while her fans attempted to shut the talk down by claiming she was just “joking around” with them. Take a listen below and judge for yourself. I really wish artists could live in the moment and celebrate their accolades they’re able to achieve instead of driving themselves insane trying to compete.

This a whole 40 year old woman… this woman is mentally ill, I’m convinced she’s schizophrenic. Doing all this screaming & having a mental breakdown all because you ain’t go #1. pic.twitter.com/DeALr5BsyW

This a whole 40 year old woman… this woman is mentally ill, I’m convinced she’s schizophrenic. Doing all this screaming & having a mental breakdown all because you ain’t go #1. pic.twitter.com/DeALr5BsyW

Lord nicki having a meltdown https://t.co/k6E8gSSe9v

Yes the biggest collaborations & songs with the most radio play and play listing with the same rules couldn’t do it. You guys did it AFTER the rule change! A rap song. No sexual visuals. A rappy rap song. ☺️ I thought it would be top15. Label said top5. #DoWeHaveAProblem 🙏🍾🦄

It’s obviously not a coincidence. If you guys have all the power a lot of ppl would be out of a job. No more payola https://t.co/aBkqq69Sc7

Not Nicki pretending to be unfazed on Twitter earlier just to be unhinged and PRESSED like a panini on Stationhead a few hours later. 💀 pic.twitter.com/k1GQjmzyEk