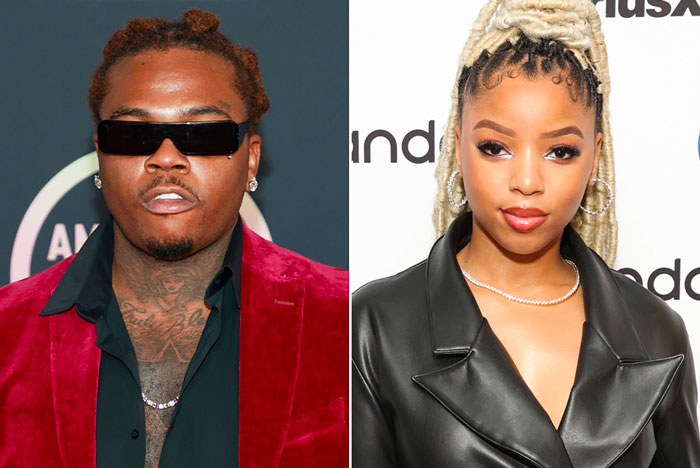 See, initially I had hope that our girl Chloe wasn’t actually letting Gunna “push” her “P.” We saw some shots last week of the two that went viral but I already had the scoop that they were simply shooting their music video.. however, this time the video is already out and it looks like these two got pretty spicy for Valentine’s Day.

To some of our confusion, Gunna and Chloe Bailey’s dating rumors have heated up over the course of the last couple of months and they’re only going to get hotter post-Valentine’s Day. Gunna further fueled rumors when he released the intimate “You and Me” video to close out V-Day on Monday (February 14). Directed by Spike Jordan, the clip finds Chloe and the YSL rapper getting cozy and enjoying a night together. They even use paparazzi footage from a recent date and hang out on a heart-shaped bed.

Gunna’s thirsting looks to have paid off as paparazzi spotted the rumored couple leaving BOA Steakhouse in West Hollywood on Monday evening as well, where Chloe held a bouquet of flowers as they left the restaurant.

Gunna didn’t respond to any of the tabloid questions on the way out, but just replied, “I’m just chilling.” The “Pushin P” rapper was also rocking a Mercy jacket which could be taken as an homage to Chloe’s “Have Mercy” single.

The Atlanta rhymer then made a post-and-delete on Instagram where he originally put up a clip allegedly filmed inside Chloe Bailey’s apartment, which was filled with flowers, pink and red balloons and lavish gifts sprayed all over the living room to celebrate the day of love.

Dating rumors were first fueled when the pair was spotted courtside at an Atlanta Hawks game in October and then attended a Lakers game together in January, but Chloe initially denied things. What do you guys think? Is Chloe pulling a Bey/Jay and trying to keep things hush..or are these two just selling their single? Would you be feeling these two together?