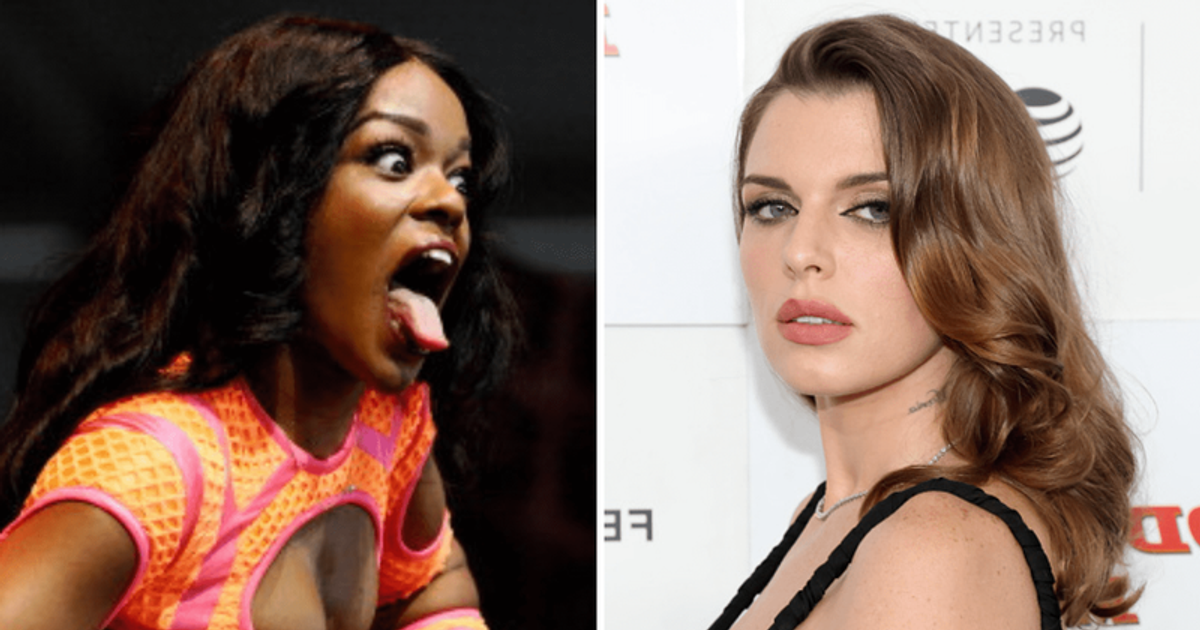 If Azealia doesn’t speak on anything else, she’s going to chime in on whatever Kanye has going on… and true to form, she’s at it again.

Azealia Banks has returned with her regularly scheduled programming of minding her would-be peers business, taking particular interest in the stories surrounding Kanye West. Just last week Azealia made headlines as she called Kanye an “abusive narcissist” among other things due to his current situation with Kim Kardashian, this time around, Azealia is putting ‘Uncut Gems’ actress Julia Fox in the hot-seat on her Instagram story following her split from Kanye (which was confirmed by TMZ yesterday).

“Y’all would love if I was soooo upset!” Fox wrote, addressing headlines claiming that she was spotted in a “tearful” state in Los Angeles. “The media would love to paint a picture of me, a sad lonely woman crying on a plane by myself but it’s NOT TRUE!! Why not see me for what I am which is a #1 hustler.”

The “212” rapper was quick to question the actresses’ claims, screenshotting her statement and writing, “We already know the tea Foolia! [You] came to Miami looking for sex work, [the] same lawyer was in contract with Ye and it was a weak PR stunt from the jump.”

“What did you hustle him for?” Banks asked Fox. “A bag and some Lucien’s? You absolutely did not come up because if this is how women who ‘always date billionaires’ behave when shit goes south, threatening tell-all books… You can kiss your days as a low-rate escort goodbye, sis.”

At the bottom of the page, the Harlem-born recording artist launched into another paragraph, writing, “The things you have made public in regards to your drug abuse (shit he probably had no clue about in the beginning) are not what he needs associated with him in any custody battle that may arise in court during divorce proceedings.”

Banks went on to call Fox a “liability,” adding that “the fact [she] thought [Ye would] pick [her] over his children just reeks of entitlement, a lack of any real motherly instinct, and proves that [she is] in fact, a woman child.”

“We won’t be purchasing your book,” the 30-year-old told the mother of one, speaking of the project that she hinted at on Monday in her aforementioned statement. “I wouldn’t write it if I were you. It’ll make [you] look racist and bitter. You are not Karrine Steffans level of legendary. You’ve already told your secrets, sis. It’s over.”

Elsewhere on her story, Banks addressed rumours that she “has had a crush on Kanye since 2012,” saying, “Babes, Kanye has tried to sign me four times. I’ve repeatedly rejected him. Kanye has a crush on me, but I like his white friends more tbh,” also hinting that the father of four owes her “A LOT of money” – check it out below and let us know what you think.