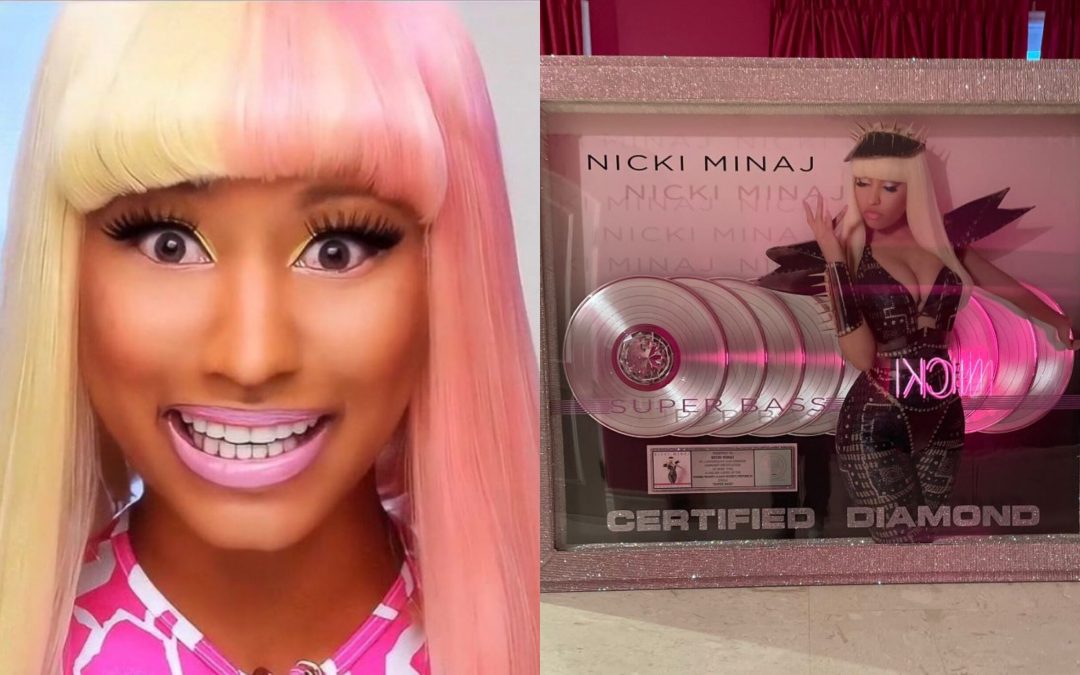 Minaj has surrounded by nothing but negativity as of late however this could certainly give her strangely dedicated legion of fans something to celebrate in such trying times.

It’s wild to think despite the amazing women in hip hop we’ve seen that only two have a reached Diamond-certification. Over a decade after it’s initial release, Nicki Minaj’s smash ‘Super Bass’ is now considered her most commercially successful track, which may be surprising to some.

“Super Bass” was the Pop-Rap crossover that peaked at the No. 3 position on the Billboard Hot 100 chart and continues to be one of Minaj’s most well known tracks.

Strangely enough, Jason Pollak, Social Media Manager for Lil Wayne and Young Money congratulated Nicki by hopping on Twitter proclaiming that Minaj was the first to ever do so, however he may want to fact check as Minaj is actually pulling up to the table behind Cardi B who accomplished the feat with 2017 breakout smash ‘Bodak Yellow’ becoming the first in March of this year accomplishing it in just 4 short years.

I hate when some artists (and more so fans) can’t celebrate an accomplishment without having to try and make it into a competition against others in their genre. Just congratulate and move. Take a look at Nicki’s celebration post below:

Congrats to @nickiminaj & the #Barbz!!! #Superbass is finally certified DIAMOND 💎 One of the most iconic songs in hip hop history, well deserved 👏 pic.twitter.com/qag7mBK42w