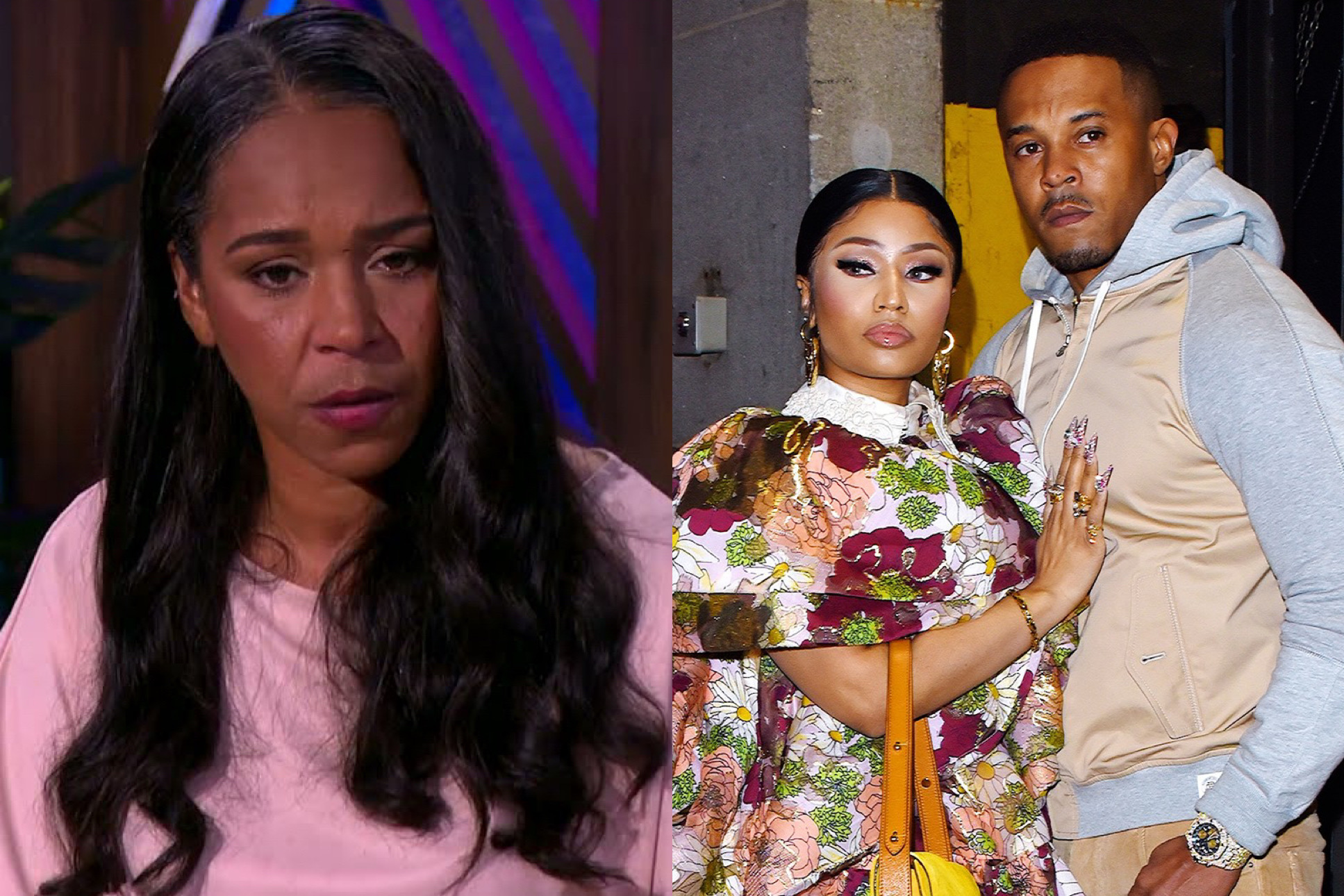 “The last message I received was that I should have taken the money because they’re going to use that money to put on my head.” Things definitely got real today on The Real during a heart wrenching interview with Kenneth Petty’s rape victim, Jennifer Hough.

After accusing the couple of trying to silence her, and having to deal with Nicki Minaj and her minions making all types of narratives to devalue her trauma, Jennifer Hough is speaking finally speaking her piece. Last month, Hough filed a lawsuit against the Pettys, accusing them of harassing her in an effort to force her to change her story about his the rape he was convicted of back in 1994, which they believed would make it so that he no longer would have to register as a sex offender. The alleged assault reportedly took place when both Petty and Hough were 16, and according to her, Petty held her at knifepoint and forced her into a residence where she was raped. Hough claimed that she escaped the assault and alerted security at the high school she attended, and they contacted police on her behalf.

Petty would go on to take a plea deal to attempted rape charges and was freed from prison after serving a four-and-a-half-year bid. Today, Wednesday (Sep.22), Hough, alongside her lawyer Tyrone Blackburn appeared on The Real to speak about the harassment she’s endured. When asked by host Garcelle Beauvais why she decided to speak up about the situation, Hough said:

“I’m tired of being afraid. I feel like the actions that were taken in regards to this whole situation have put me in a different type of fear at my age now, and it was wrong. And I don’t want to be afraid anymore. So, the only way not to be afraid is to continue to speak up.”

After walking the hosts through the 1994 rape incident in some pretty horrific details, including Kenneth allegedly standing up and beating his chest while yelling out he’s “the man,” after he committed the crime, The conversation finally shifted to the alleged harassment she was dealing with from the couple. Hough shared with The Real’s host that she did speak with Minaj directly. “I did. In March of 2020. She called me, and she said that she got word that I was willing to help them out in a situation,” she revealed. “I didn’t understand what she was referring to. She offered to fly me and my family to LA. I turned it down. And I told her, woman to woman, this really happened. And I hadn’t spoken to her since.”

When detailing the harassment, Hough explained that the couple was “sending people to negotiate numbers as far as money is concerned with family members, and Nicki is the one who personally reached out to me, in regards to helping her, helping them in this situation. And then the threats that I received because I kept saying no to every offer, to every suggestion. The last incident was when one of their associates put $20,000 on my lap. And I still kept saying no. The last message I received was that I should have taken the money because they’re going to use that money to put on my head.”

She also debunked many of the alternative theories put out by Minaj previously claiming she was a white woman (obviously) and that the two were in a relationship when the incident occurred. (As if being in a relationship suddenly makes rape impossible).

Take a look at clips of the interview below for yourself and let us know what you think of this mess. I think the most disgusting part is that we’re going to continue to see folks dismiss this woman’s trauma simply because it’s associated to a woman who’s music they like. It’s almost like it’s “protect black women,” until it involves your fave. The victim doesn’t deserve to be harassed or get death threats because of Nicki Minaj’s poor choice in who to build a life with. Nicki can’t make his dark past go away or change the narrative by offering money. It’s not about liking or disliking Nicki Minaj down it’s about her attempting to use her status, power and fanbase to get her own way while this woman is going through hell.