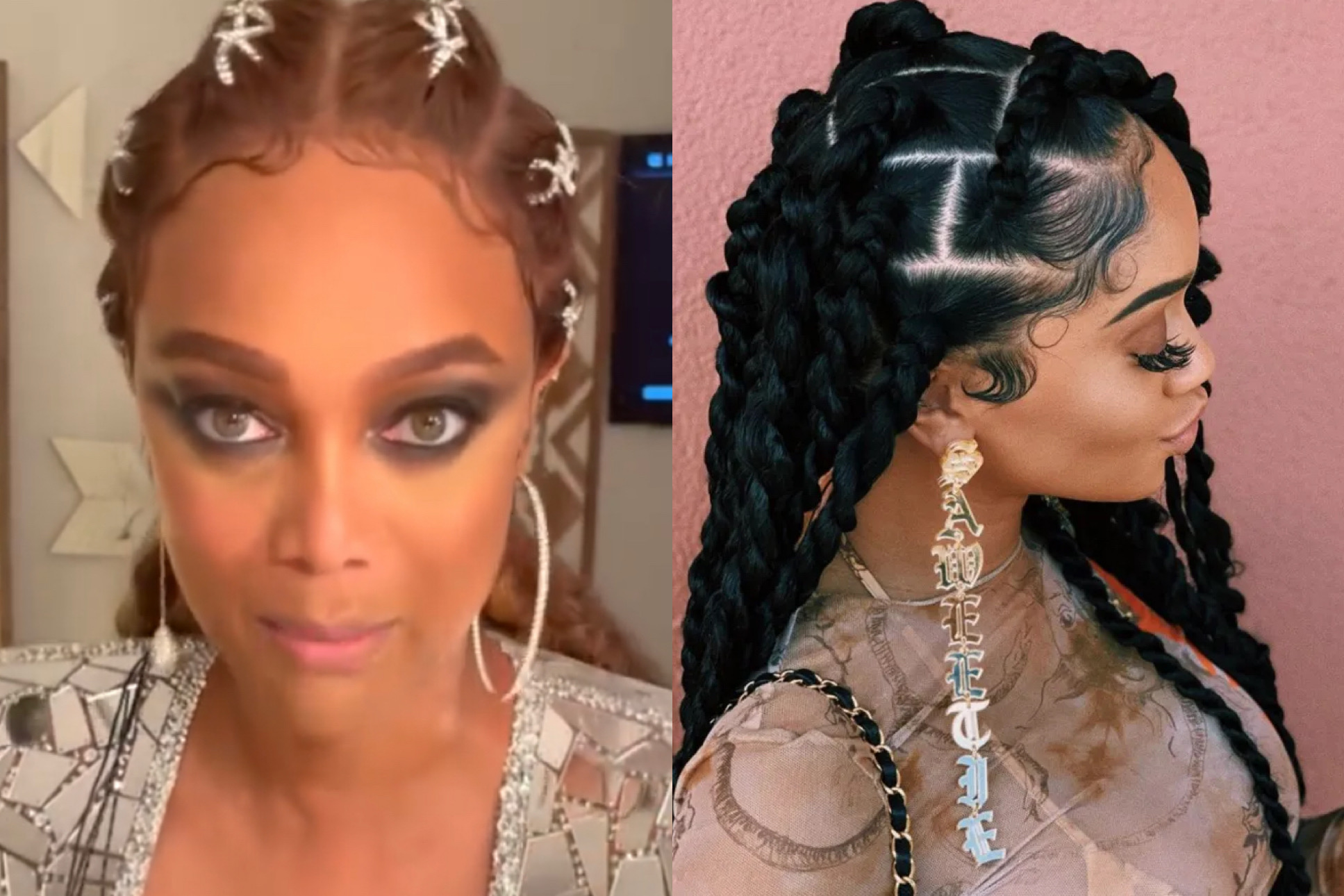 When you think of Tyra, it’s hard to imagine anyone clowning her when it comes to serving looks… but the supermodel said she told her team she wanted Saweetie’s baby hairs for the ‘DWTS’ premiere and instead was the subject of memes.

Last year, Tyra Banks was hosting Dancing With The Stars when she was inspired by artists like Nicki Minaj and Jennifer Lopez and as a result the supermodel mogul dressed in outfits that was plucked from their fashion choices of yesteryear, and it seems that she is reviving the tradition, this time with hairstyles. Banks is back into the swing of her hosting duties now that DWTS is back in action, and that means audiences will witness just what the fashion icon and her team have come up with.

During the premiere, things went sideways when Tyra mentioned Saweetie online, stating that she told her hairstyling team that she wanted a look that mirrored the rapper’s baby hair. Things didn’t work out as planned.

Now, like Saweetie or not, the girls baby hairs are normally laid. However, it looked as if Tyra was sporting a cornrowed wig with the baby hairs slicked down, but it didn’t give the same Saweetie vibe that was expected. Fans flocked to social media with screenshots and commentary, but it doesn’t look as if Saweetie had much to say just yet. The memes and jokes piled in so I’ve collected a few for you to enjoy.

Take a look below and let us know what you think of Tyra’s style. Was it a hair do or a hair don’t?

Tyra asked the stylist to do her edges as she was trying to channel saweetie apparently. Why somebody saying it’s looking more like Shemar Moore 💀

Who put Tyra in these bedazzled straight backs? #DancingWithTheStars pic.twitter.com/bd7LvLshL1