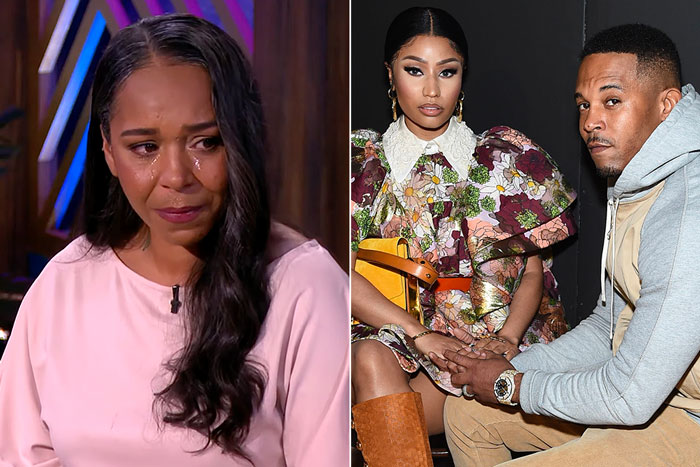 Imagine being so desperate and far down in a situation at the bottom of a toxic barrel, that even the smallest of twists causes your desperation to try and spin it into a “win”? Sorry Nicki Minaj fans, this Amityville Horror of a situation is not going away that easy.

Isn’t it amazing how the wording that certain blogs decide to use when reporting will be precisely what dedicated “Stans” use to try and deflect what’s obviously a disgusting situation to be in no matter how you slice it? For those unfamiliar, Nicki Minaj is currently in the middle of a self imposed nightmare that her fans are extremely desperate to defend her against, making it everyone else’s fault, rather than her and her husband’s. So, in effort to bring reality back to her fan’s constant harassment asking that we discuss this “win,” here’s the real tea…

Nicki and her husband, registered sex offender Kenneth Petty may have dodged a $20 million default judgement, but this is only the beginning of their case now that they’ve finally responded to allegedly harassing Jennifer Hough, Kenneth’s 1994 sexual assault victim in effort to get her to recant her story. Minaj and Petty dragged their feet to respond to the allegations after avoiding being served for quite some time and although she was online responding to various other less important things with Twitter rants, Minaj now claims her negligance was an “honest mistake.”

According to a sworn statement by Minaj, the Queen rapper says she was under the belief she had successfully hired a lawyer to represent the couple, however, “innocent miscommunications” caused a delay in the payment of the lawyer’s retainer.
“My failure to respond to the complaint was the product of an innocent mistake, and I ask the court to excuse the delay so that I can defend what I believe to be an entirely frivolous case,” Minaj wrote in her statement to the judge. The lawyer in question, Judd Burnstein, confirmed the validity of Minaj’s declaration in an additional statement, helping tip the scales of justice in the raptress and ex-con’s favor.

According to a court docket, “it appears” that Minaj recently filed paperwork to retain a defense attorney in her case, however, Petty has yet to respond to the complaint filed by Hough. Hough’s lawyer says he still plans to seek a default judgement against Petty for the $20 million.

So basically what all of this means is that a default judgement was not issued and the Petty’s and their attorney’s will now have their opportunity to dispute and fight the case after much delay.

With that being said… go to hell, Barbz. We’ll keep you normal functioning adults posted with the facts as this story develops.