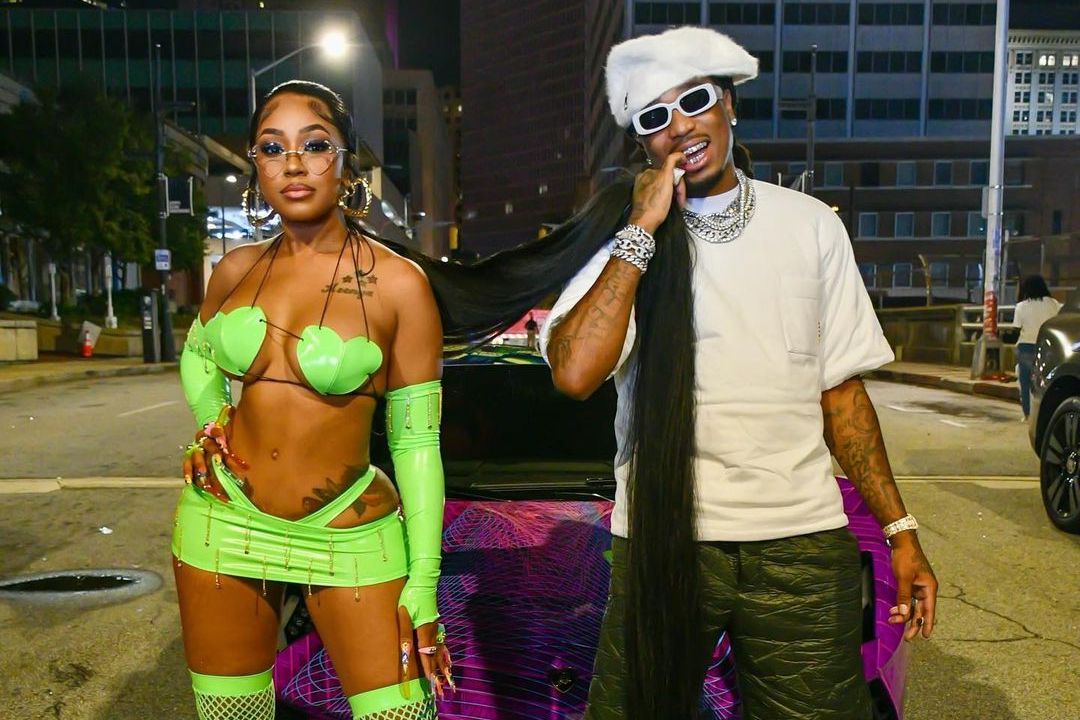 You know what, often times people give Miami a hard time but I think it’s pretty safe to say she did what needed to on this one as she and Quavo deliver what’s obviously set to be a twerk anthem.

Have you ever just sat back and said “I wish I was at FreakNik?” Well, Quavo and Caresha may have you covered, sort of. They have been hyping this track on social media with clips of their throwback-inspired music video, and now Quavo and Yung Miami are ready to show the world what they have been working on. Recently, Atlanta lit up with the revived FreakNik weekend as several artists took to the stage at Morris Brown College. Just prior to the festivities, Yung Miami dropped a sneak peek at “Strub the Ground,” and the looks were a nod to the 1990s.

The pair of southern rappers are hoping that “Strub the Ground” will become the next big dance hit that sweeps the globe and honestly, it’s probably guaranteed to be a favorite at the clubs, but we will have to see how its fares on the viral scene. The visual is packed with all styles related to the 1990s and for those who lived it, it will be a trip down memory lane…not to mention, there are a few dozen ladies shaking their “assets” as Quavo hits the streets with ATL’s finest, who twerk on top of cars, shake ass in the parking lot, and even make out with snakes.

“Strub Tha Ground” is the first release from Quavo’s upcoming sophomore album, the follow-up to his 2017 solo debut Quavo Huncho, which is due next year.

Quotable Lyrics:
Got me a condo in Jersey
He wanted to lease it, but I made him purchase
Strub tha ground, for them bands, I want ‘em now
Thotiana, my baguettes said buss it down
My old n****s can’t f*ck with me
I need 100k for a shopping spree