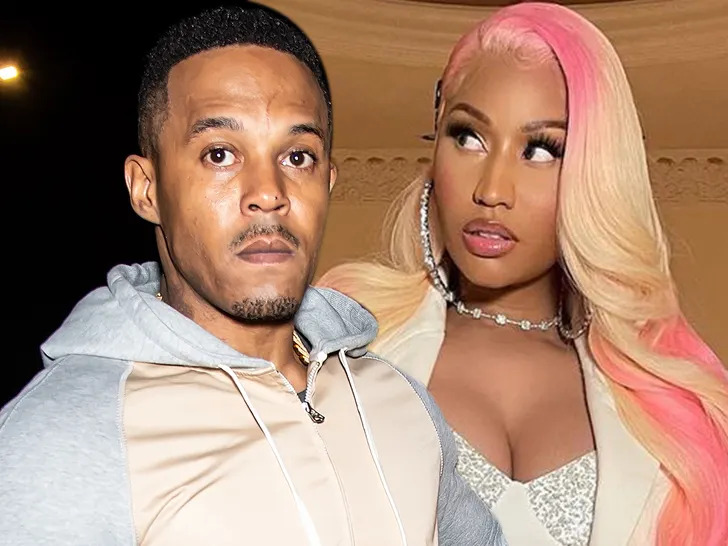 Mr. Minaj has been having to periodically update his mugshot for the sex offender registry for years, however it seems now he suddenly believes that since he’s married rich, he should be able to run from his past. This seems like an obvious desperate attempt to repair both he and his wife’s image.

Nicki Minaj’s husband Kenneth Petty has been registered as a sex offender for a well over a decade for his 1994 conviction where he plead guilty for attempted rape. Since his relationship with Minaj went public, there has been a collective side eye from the public trying to figure out why the ‘Chun-Li’ rapper would choose such a man. Since, the couple done their best to seemingly provide a revisionist history obviously in effort to make Petty look innocent in the public eye, including once insinuating that the victim was a white woman (which she is not) and that Petty was a victim of racial injustice, and even suggesting that he hadn’t committed the crime at all, despite evidence and court transcripts where he admitted to it. Now, it seems they are on to their next tactic.

According to court documents, oral arguments are set to begin on January 6, 2023 in which Petty will attempt to get his name removed from New York’s sex offender registry. Prosecutors want a judge to dismiss the lawsuit filed by Petty, who after all this time, now claims he never was able to challenge his sex offender status and is suing the State of New York.

For his case, Petty claims he never received notice about a 2004 Sex Offender Registration Act hearing. The court stated that they sent Petty proper notice and due process. “The court-certified transcript of this hearing… is both an official judicial record and integral to Plaintiff’s complaint… Plaintiff acknowledged his identity on the record, and his counsel stated that Plaintiff did not contest his designation as a level 2 sex offender.”

Given this, Petty said someone forged his signature and that he was in jail at the time. However, the other side of the court dismissed these claims as well. “Plaintiff’s counsel’s implication that this official judicial transcript is a forgery… is nothing short of absurd. As the Court is well aware, incarcerated individuals are constantly being brought to court from prison… The state courts similarly routinely require the production of incarcerated individuals for court appearances, such as the SORA hearing at issue.”

“Although Plaintiff admits to his felony conviction for Attempted Rape in the First Degree in State Court he still alleges that he was unaware of his sex offender status and his risk level redetermination until he was arrested in March 2020 out-of-state for failure to register [as a sex offender].” They elaborated on these claims. “From 2013 through March 2020, [he] alleges he was unaware of the collateral consequences of his felony sex crime conviction.”

Finally, they said Petty’s demands “are meritless… The SORA hearing transcript demonstrates that Plaintiff is fourteen years late in pursuing this lawsuit.”

Welp. It’ll be interesting to see how this plays out. What do you guys think of all this mess? Is this just another attempt to clean up the Petty’s stained public image?