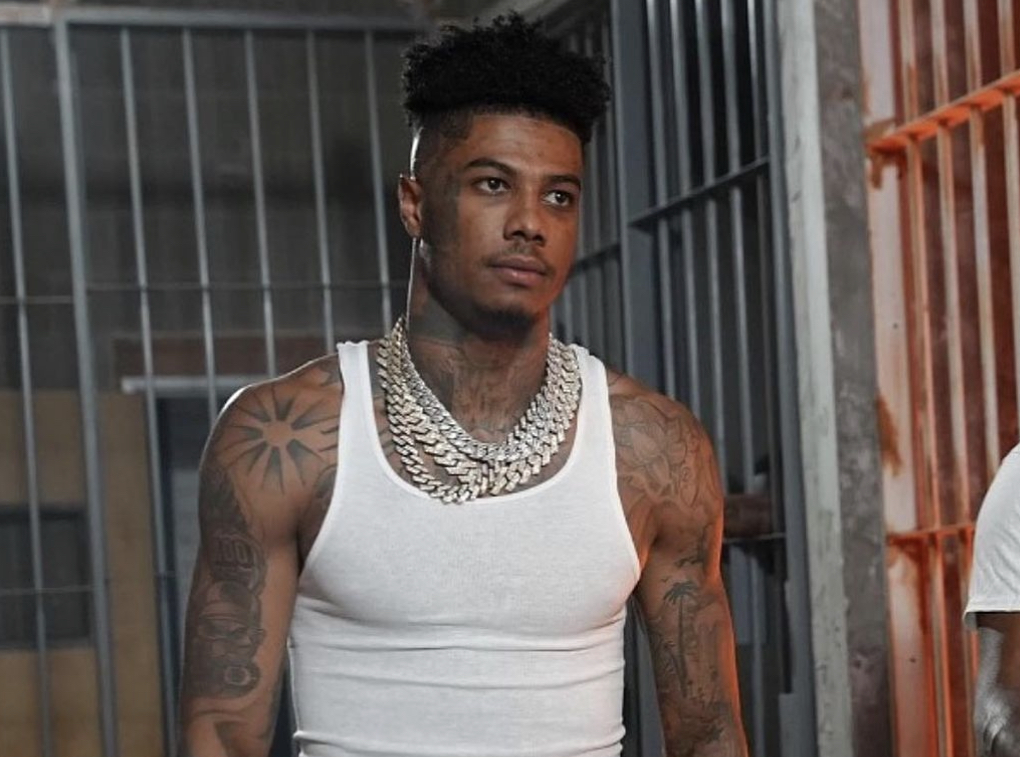 I once joked that the only way we could finally get Chrisean Rock away out of this chokehold Blueface seems to have her in is one of them getting locked the hell up, and well… here we are.

Blueface just can’t seem to stay out of trouble. Whether it’s a tumultuous relationship with his girlfriend Chrisean, or his personal legal troubles, it seems like he’s always in something… and it’s the later that seems to have him in some seriously hot water this time as the ‘Thotiana’ rapper has reportedly been arrested for attempted murder.

According to TMZ, Blueface was taken down and cuffed Tuesday outside Lo-Lo’s Chicken & Waffles in Vegas in what appeared to have been an undercover operation. Eyewitnesses reported that about 6-8 officers were in on the arrest, and parked in unmarked cars before taking Blue down.

In the footage of the incident, they all piled on to detain him as a crowd formed. Blueface’s girlfriend, Chrisean Rock, was also there, and looked just as confused as everyone else. Cops on scene said they were executing an open warrant for his arrest. TMZ obtained legal docs connected to the warrant, and the charges are reported as felony attempted murder with the use of a deadly firearm or tear gas, stemming from an incident that reportedly took place on October 8th… yikes, pretty serious stuff.

Chrisean tweeted soon after the incident just as distraught as one would expect, tweeting “💔💔💙ugh why gotta take you from me😢😢😢😢😢😢😢😢😢😢😢😢😢😢😢” Take a look at the footage of the incident below and let us know what you think of this mess.

Blueface has been arrested for attempted murder: