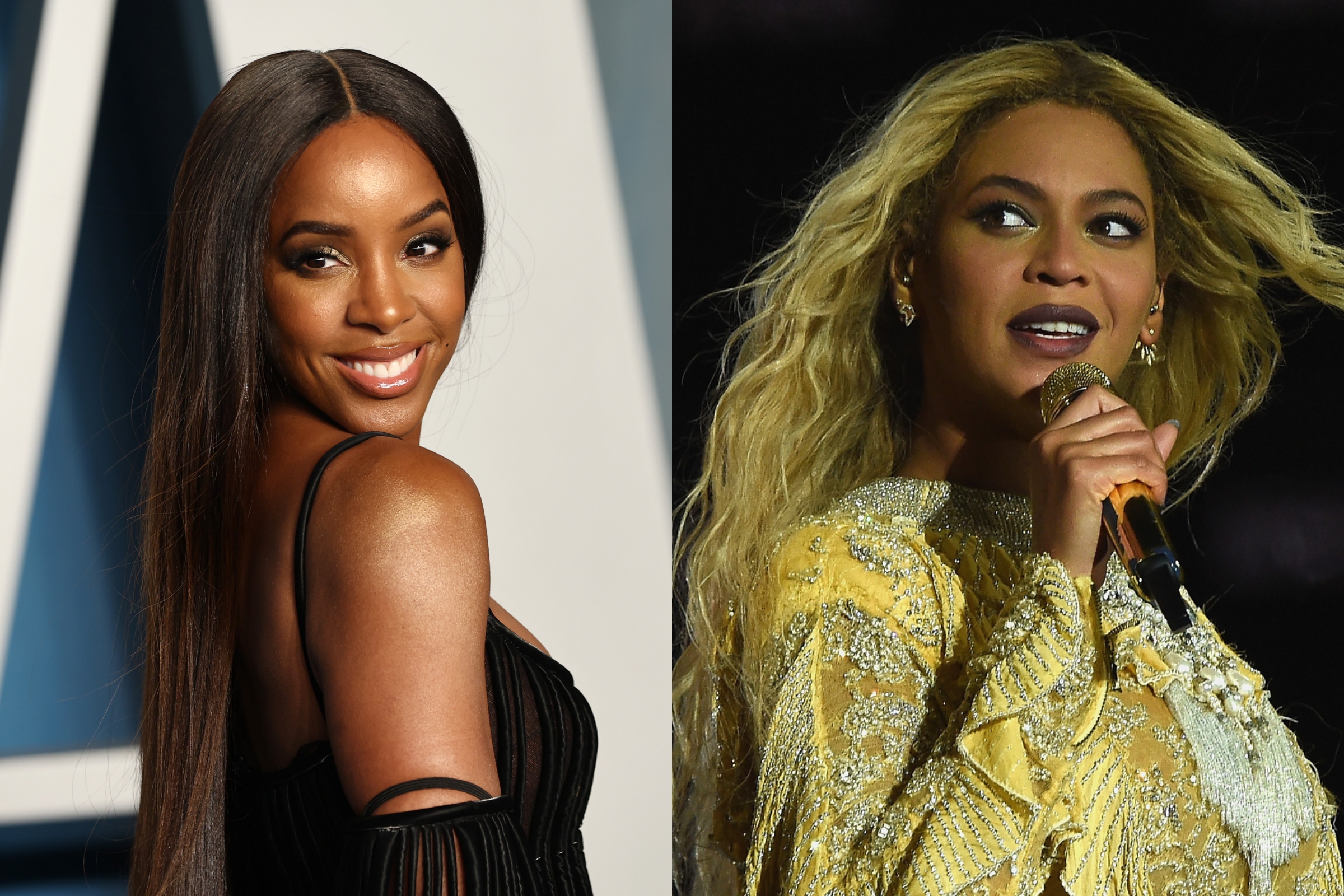 Let’s be honest, Beyoncé is undeniably thee breakout star to surface from Destiny’s Child… but Kelly is an international superstar and equally important part of that group’s journey as well. Both deserve to be celebrated and it’s crazy some folks still have to be reminded of that in 2022.

Destiny’s Child made an undeniable force and impact in music and pop culture. Beyoncé and Kelly Rowland are childhood friends who worked tirelessly to get where they are in their careers. However, as they ease from one phase of life to the next, to this day, the public still seems to compare these women.

Kelly got Peter Rosenberg of Ebro in the Morning right on together when during an interview for her new holiday film, he thought it’d be necessary to “compliment” what he deemed as her ability to play “second to Beyoncé.” “Everyone who gets in the entertainment business gets into to be the man,” he said. “[For example] just me working with Ebro, my ego has to be in check.” (It gets worse, folks)

“And you happen to be standing next to the brightest light on planet Earth,” he continued. “You think Big Boi from Outkast has it tough being next to Andre, and you’re with Beyoncé. Not only did you not fight it, but it also seems you like you really love the position you were in.”

That’s when Kelly began to politely gather him. “Here’s the thing. Light attracts light,” Rowland schooled him. “I am light. So, I am a beautiful, brown, shining light. So, I don’t think anybody’s light dims anyone else’s. I think that when other people start to compare you, I think that’s when it shows how dim they are of themselves.

“She doesn’t “take somebody else trying to dim my light anymore for anybody else. I love B, I know that she’s a light, but I know that I’m a light, too.” Rosenberg “complimented”

Twitter proceeded to back up her statements to Rosenberg as clips of the moment went viral. Check out the episode along with some reactions and let us know your thoughts.

Kelly called him out to his face & he still didn’t get it. Even, Marsai Martin caught it. Outside of Destiny’s Child, Thee Kelly Rowland is an international superstar, actress, author & businesswoman! She’s been in this industry 25+ years & in 2022 you’re still comparing? 🤦🏾‍♂️ pic.twitter.com/1n2GjSXwhN

I want hosts to find another angle when interviewing Kelly Rowland. We’ve witnessed the “second fiddle to Beyoncé” storyline for decades and it’s honestly redundant and highlights a lack of creativity when approaching interviews with someone over 20 years deep into their career https://t.co/qD6g7fpbNF

Peter Rosenberg: "Kelly, how does it feel to still be second to Beyoncé?…"

Interviewers ask Kelly about Beyoncé because they will never get the chance to ask Beyoncé about Beyoncé. pic.twitter.com/XI9EqxylSP

I’m sorry but I’m tired of Beyoncé coming up while Kelly is interviewing and to say “you play second to Beyoncé” as a compliment. Kelly need to start cursing these people out. https://t.co/EuitCyh8gl

Have The most amazing day Twitterville!!! Thank you all for your
Love & support! I know ya’ll got my back! And that made me do a happy dance this am! Let me see your happy dance!! Here’s mine! pic.twitter.com/rQHwTTPwFn

The whole asking Kelly Rowland about Beyoncé is absolutely old and I need journalists and hosts to reallly get a grip and start asking Kelly about Kelly!

I think this whole “topic” is disgusting and disrespectful to her. What makes her “second”? &Why does the conversation always end up on Beyoncé? Furthermore did Rosenberg really compare himself and Ebro to Kelly and Beyoncé? Yikes. https://t.co/tQdARdZD2x

To have Kelly Rowland on your show and tell her to her face “you’ve always been 2nd to Beyoncé” is probably the dumbest shit I’ve seen a man do https://t.co/X3Fjhfyt55

Okay at this point, i’m irritated. How many times are ya’ll going to ask Kelly about Beyoncé or ask compare her to Beyoncé like BRO. She came to talk about HER movie with Marsai and it’s also rude to ask a question like that when you have Marsai in the room like that… JUST plz. https://t.co/ZbFEwsdufS

In 2022, why are journalists still asking Kelly Rowland and Michelle Williams questions about Beyonce in every single interview as if they haven’t accomplished anything of their own?

i agree…not my favorite moment