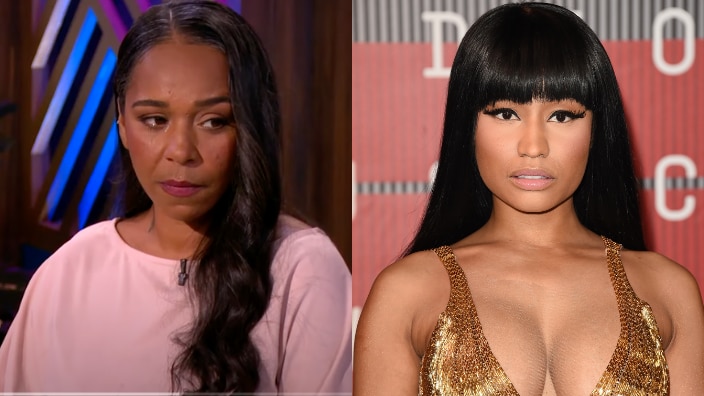 The amount of misinformation being spread on the internet by Stan’s disguising themselves as “blogs” and “insiders” is a scary thing. This is something we’ve seen quite a bit since Nicki Minaj and her husband Kenneth Petty’s harassment lawsuit from his 1994 rape victim Jennifer Hough went public. The Petty’s denied the allegations and on Wednesday (January 12), it was widely reported that Hough’s lawsuit against Minaj has now been dismissed voluntarily by Hough’s attorney Tyrone Blackburn.

Since that took place, Minaj’s fan base and their associated platforms that pose as news outlets somehow began to spread the narrative Minaj had “won” the case and even tied in that it was due to “lack of evidence,” when in reality the case hadn’t even reached that point.

Last week, we told you Blackburn hinted that the case was far from over and as of yesterday (1/20) after another hearing he explained why.. Hough voluntarily dismissed her lawsuit against Minaj WITHOUT PREJUDICE. When something is dismissed without prejudice, it means the plaintiff (Jennifer) can refile the lawsuit at a later time.

The voluntary dismissal was to file the lawsuit in the appropriate jurisdiction. Which makes sense because one of the points Nicki’s own attorney made in his previous opposition to Jennifer’s motions, was that Minaj was a resident of California…not New York.

Blackburn notes that based on some of Minaj’s own admissions during the proceedings in NY, combined with the statute of limitations in California, he is confident that things are actually about to be much worse for the Petty’s in these proceedings. While some have questioned if a New York attorney is allowed to practice law in CA, it is important to note that this is why ‘pro hac vice’ exists in law. An attorney who doesn’t live, work, or conduct regular business in CA can petition the court to represent their client under a title called “Pro Hac Vice.” This Latin term means “for this occasion.” So it seems Hough’s team is getting their ducks in a row in continuing to seek justice.

We’ll keep you posted as this plays out. Thoughts?