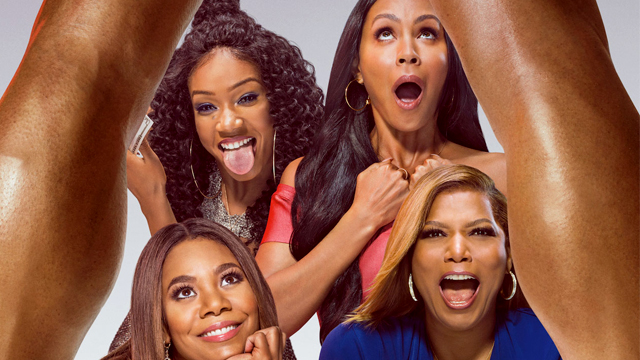 You know what? In the dark times we’re currently in with this whole pandemonium and such, we need as much feel good entertainment as we can get. This is good news.

There has actually been talk of a ‘Girls Trip’ sequel for a couple of years now. ‘Girls Trip’ was initially released in 2017 and was a box office hit starring Queen Latifah, Jada Pinkett Smith, Regina Hall, and served as Tiffany Haddish’s breakout role. Since it’s release all of the cast has confirmed that they’d be down for a round two but in late 2019 Tiffany Haddish said in a statement that studio executives hadn’t moved forward with the sequel. “I’ve even written a script for it. Me and the girls punched it up and made it good,” Tiffany said back in May 2019. “They don’t want it. We understood how much money could be made, and they don’t want to pay it. So I doubt it.” However, it seems somewhere along the line there has been a change of heart.

During his appearance on Good Morning America, producer Will Packer broke the news that Girls Trip 2 is officially happening. Packer further confirmed the original cast are all returning for the film and that he is already in discussions with a director for the sequel, though he didn’t state who said director was.

“Can’t we all use a post-pandemic trip, my friend? I think that the time is actually right, and this is something that I will tell you and break right now at GMA: the Girls Trip 2 sequel, we are underway. We are absolutely in the stages, the ladies are in, I just talked to the director. We are underway with ‘Girls Trip 2,’ and now it’s just about what kind of trip do we take, right? Post-pandemic with all our favorite crazy ladies, what do we do with them? That’s what [we’ve] got to figure out.”

Given the success of the first film, and the fun the cast seemed to have working with one another, it comes as no surprise that a Girls Trip 2 is finally getting off the ground in some capacity. The film scored rave reviews from critics and audiences alike, with much of the praise directed towards its cast, namely Haddish in her breakthrough role, and brought in over $140 million worldwide against its $28 million budget, becoming the first comedy of 2017 to do so and the first film from an African-American female screenwriter to cross the $100 million mark.