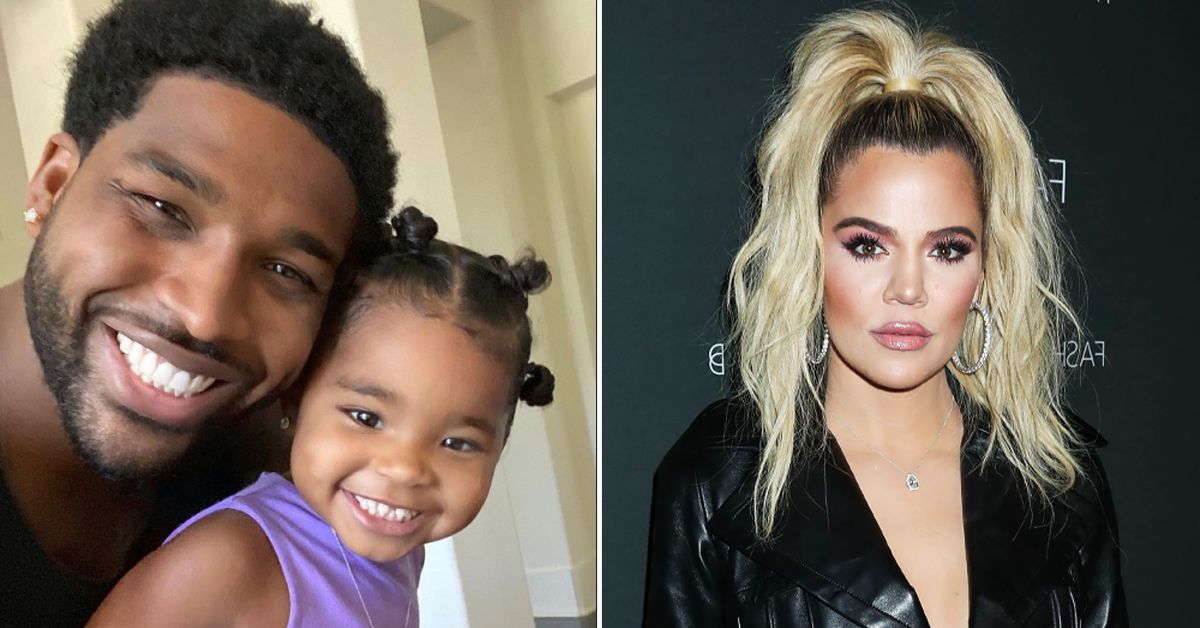 Well, Tristan was reportedly at Chicago and Stormi’s birthday party that Kanye claimed to be banned from.. so he’s obviously not too deep in the dog house for Khlo to open up to…

Could Jim Jones’ prediction have been correct? In case you missed it, earlier this month the Jones appeared on Angela Yee’s Lip Service podcast, and at the time, he publicly asserted what most are saying anyway, that Khloe Kardashian would forgive her baby daddy Tristan Thompson, who recently admitted to fathering a child with another woman while in an exclusive relationship with the reality star.

“She’s going to take him back in a flash,” Jones explained his theory to the hosts. “She loves Black men, she loves everything Black men do. She just wants to be around it. I mean, that’s just my opinion.”

A new report from The Sun reveals that the mother of one “will never, ever get back with [Thompson],” but she “really wants [him] to be a good father to [their daughter] True, and for him to be a big part of their daughter’s life.”

The article also notes that although the 37-year-old socialite is still healing from her ex’s betrayal, she’s open to the idea of True meeting the Canadian athlete’s newborn son in the future. “Khloe would like [her daughter] to meet her sibling at some point,” an insider revealed.

“But she never dreamed she’d go through this. It’s baby steps at the moment, and she is still coming to terms with what has happened,” they continued. “She was left devastated when it all came to light, but she is trying to deal with the situation the best she can and make sure True is her number one priority, she would never deny her the chance to know her brother.”

Another report from The Sun claims that Kardashian “wanted a fairytale life” with the 30-year-old father of three. “People around her have never seen her so down and are so thankful she has her mother there who has barely left her side,” a source shared.

After a paternity test confirmed he was the father, Thompson was reportedly ordered to pay Maralee Nichols “$40K/month in child support.”

When discussing Khloe’s issues with Tristan I always say that I think we’ve all been less than smart when in love at some point.. some clearly more than others. But who knows, perhaps this was actually her breaking point. Do you think it’s important that True gets to know her new sibling? Would you allow it?