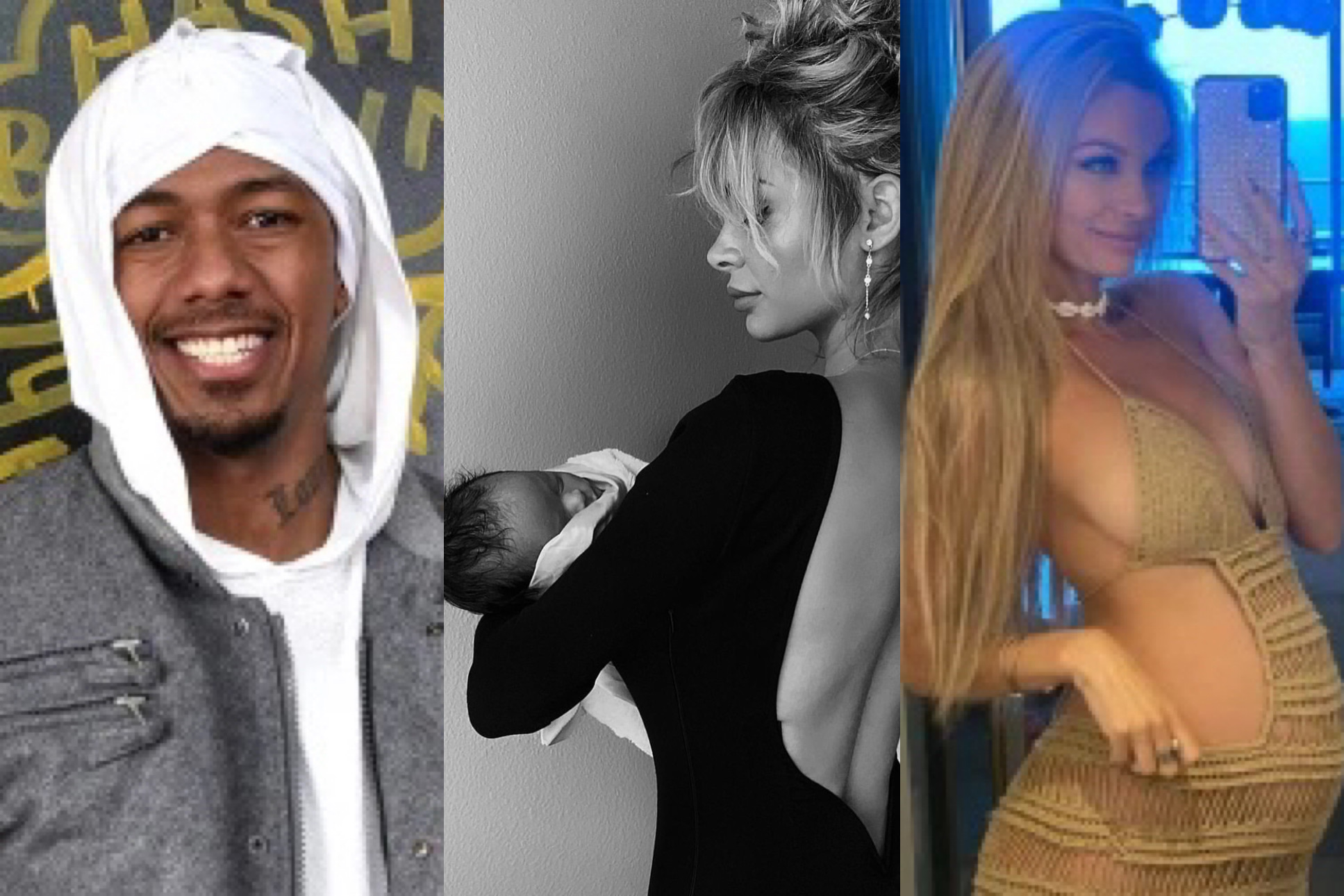 Let this sink in, Nick Cannon has had four children in the last six months by three different women. Someone get Wendy Williams to start working on one of those charts because at this point we’re all about to need reference points to keep up.

At this point, it is a well known fact that Nick Cannon is the definition of a rolling stone. He has truly been “wild’n’out” by laying it low and spreading it wide, making sure that he well represented on this earth with an entire “drumline” when he’s dead and gone. After giving life to twins Zion and Zillionaire with Abby De La Rosa barely two weeks ago, it’s been announced that he has become a dad again after welcoming his seventh child with former ‘Wild’N’Out’ model Alyssa Scott.

Alyssa announced their son’s arrival on Instagram with a sweet photo of her holding the latest Cannon baby. ‘I will love you for eternity 🖤 6•23•21,’ Alyssa wrote, confirming his birthday. Meaning she literally had him just days after the twins were born… yikes. In her Instagram stories, she also revealed they have named their baby boy Zen after previously teasing the name.

In May, Alyssa first alluded to her pregnancy when she shared an image of herself with her stomach on show and the caption: ‘Zen S. Cannon.’ However, she later deleted the photo confusing fans about whether she was expecting a child with Nick. That was later confirmed when she shared a photo of her doing a photo shoot with a shirtless Nick on Father’s Day. Nick has remained silent about his new arrival on social media and only shared a cute photo of his daughter, Powerful Queen Cannon who was born just about seven months ago.

Well, I suppose as long as Nick isn’t out here pulling a “get you pregnant and dip” ala Future Hendrix and is actually there for his children and taking care of his responsibilities there isn’t much anyone can say other than he must have a ding-a-ling of GOLD. Thoughts?

does nick cannon know something we don’t? why is he moving like this ? 💀

“How many kids do you have?”

Ladies if you want to be one of Nick Cannon’s babymommas the time is now. He’s running a summer special.

I don’t want to hear anymore Nick Cannon baby announcements for the rest of my life pic.twitter.com/j7ZETkkaGX