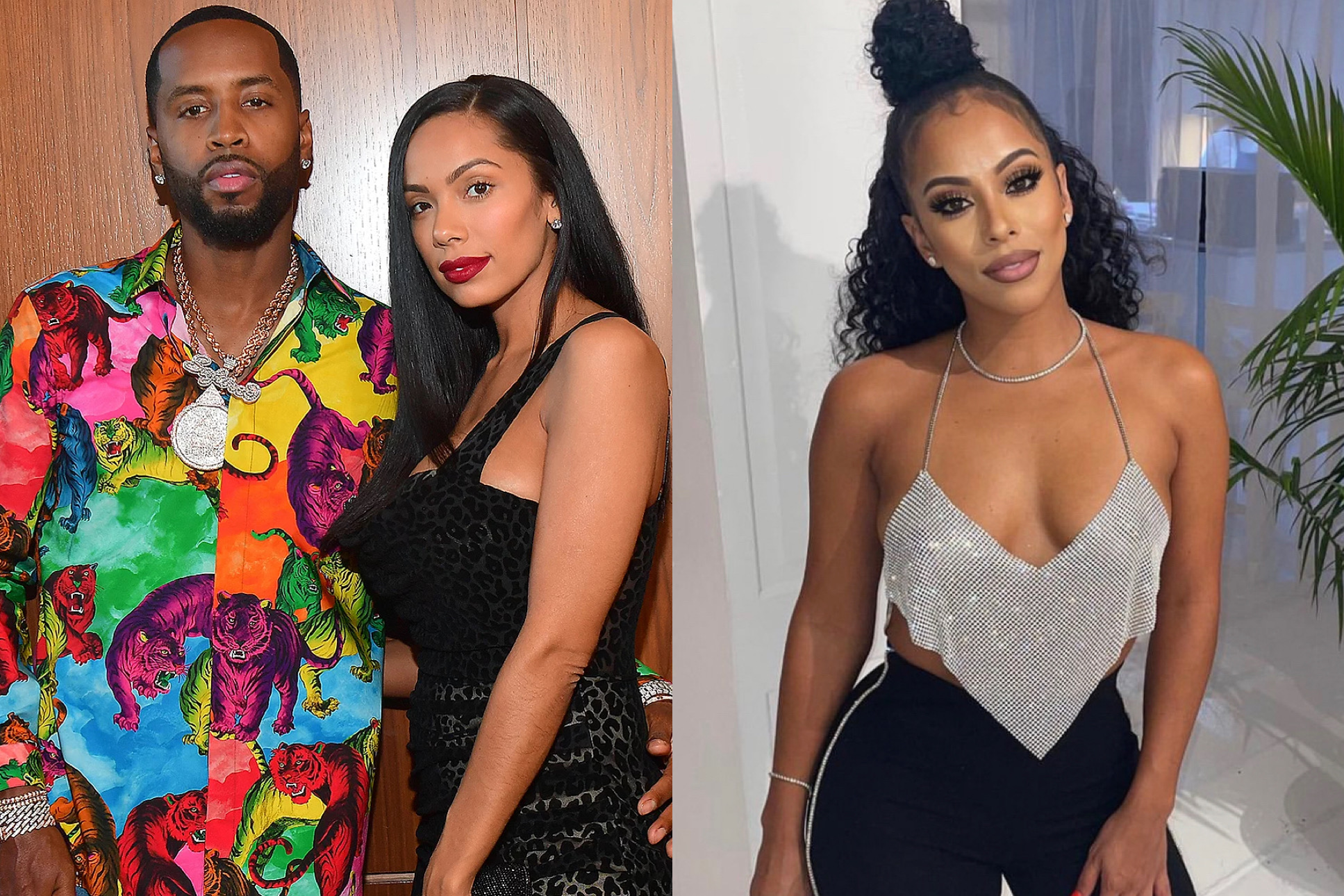 As exhausting as Safaree and Erica Mena’s relationship has been from the outside looking in, I could only imagine living that shit. In today’s episode, Erica based Safaree and Kaylin Garcia (Joe Budden’s ex-girlfriend, former ‘Love & Hip Hop: New York cast member) for allegedly hooking up all weekend following the birth of Safaree’s baby.

Erica Mena gave birth to her newborn baby with Safaree a few days ago but according to the Love & Hip Hop star, her partner hasn’t been there for her. Erica’s now accusing Safaree f allegedly cheating on Mena with Kaylin Garcia. The two were recently spotted at the all-white party in the Hamptons, which Lil Uzi Vert, JAY-Z, Beyoncé, and others were at.

Erica called out Safaree on Monday morning, claiming that she’s cutting off her entire family from her allegedly unfaithful ex. (Though I’m honestly trying to figure out if it’s really cheating considering Erica filed for divorce a few weeks ago).

“@Kaylin_Garcia real talk I bean in the shoes of dealing with a man who lived a double life and I had no clue he was married. But you! Know Safaree is married. Who don’t know that. Not to mention he real friends with Joe Budden your ex,” alleged Erica. “Safaree just had a baby who he hasn’t seen in 4 days that’s in the NICU. That’s also no secret. I’m blasting both of you since he told you to lay low tonight – clearly who both know I found out y’all been fucking all weekend. My son not even a week old yet and he dicking you down. I hope this is something you proud of shorty. This man lost his whole family officially. I wish you both the best.”

Kaylin Garcia responded by claiming that she’s just friends with Safaree, saying, “For years I have been to myself. No blogs. No drama. I am a women who is about accountability and morals. The fact that I have been called out for absolutely nothing, to me is insane. Me and Safaree are friends and nothing more. Thanks! Everyone stay blessed. And let’s continue to spread love and light!”

Well, Kaylin has kept a relatively low profile with minimal public drama the last few years so she was right there, but what do you think about all this? Is Safaree guilty? Or Was Erica just making assumptions?