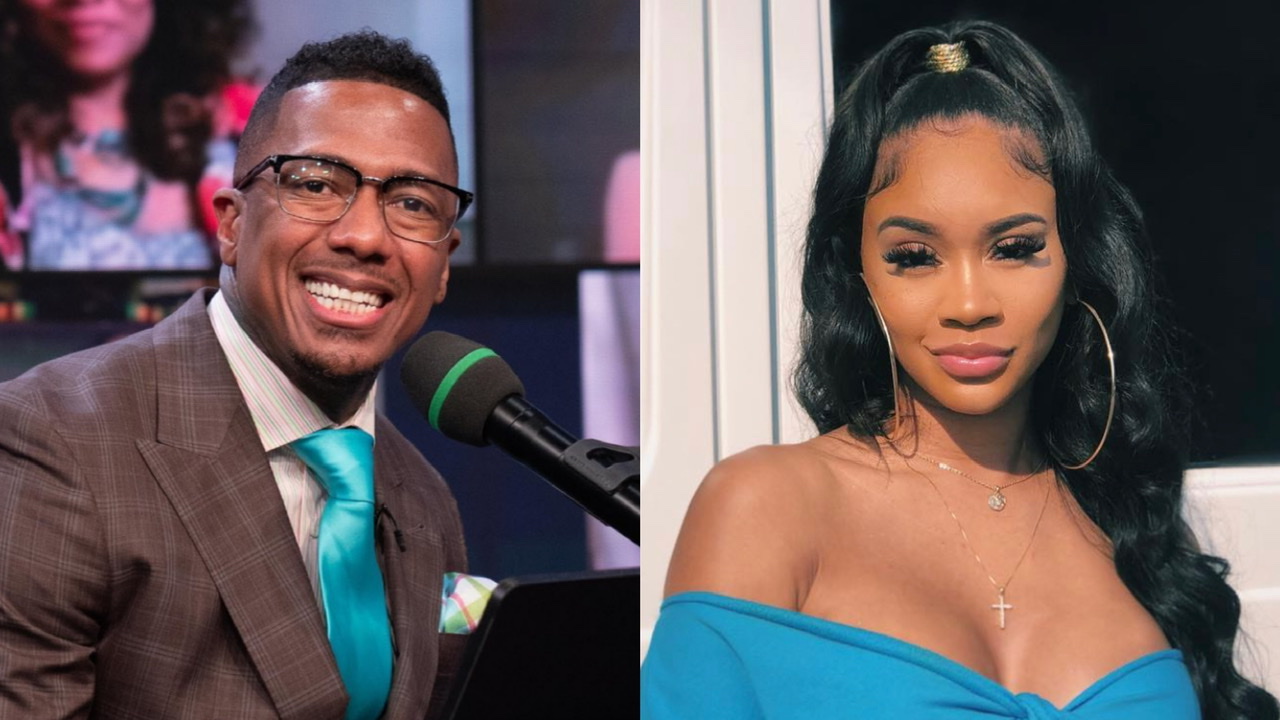 Do you desire a baby? Hit up Nick Cannon. Cannon is clearly fertile and making sure he is well represented once his days have passed. Though he’s probably just trolling, he made it clear that he his no problem adding little Ms. Icy to his baby mother line up.

With his track record he has no business playing like this as I assume even his eye contact could knock a woman up at this point, but apparently Nick the ever fertile is prepared to launch his Cannon in yet another snatch. When he appeared on the Drink Champs podcast earlier this year, Nick Cannon told N.O.R.E. and DJ EFN that he’s currently celibate. “Imma see if I can make it to 2022” the father of seven shared. However, from the looks of his Twitter account, he may not last much longer.

On Saturday, “My Type” rapper Saweetie tweeted, “I want some babies,” and didn’t take long for Cannon to swoop in with a trail of emojis, seemingly shooting his shot with the 28-year-old, who previously dated Quavo of the Migos before an explosive break-up a few months back.

A ninja, a thinking face, a laughing face, and a man with his hands up were among the signs that the comedian sent to his new prospect, who has yet to respond to his antics.

Cannon’s seven children come from four baby mamas – Mariah Carey, Alyssa Scott, Brittany Bell, and Abby De La Rosa. In September, we reported that the 41-year-old’s therapist suggested that he try celibacy on for size after fathering four kids in less than a year.

Cannon’s episode of Drink Champs was released in early October, but it remains unclear if he’s been participating in No Nut November. Saweetie may have curved him (for now), but fans didn’t hesitate to give their take on Cannon’s tweets. “Man, I know you lying, man,” a video one person posted says. Another person screenshotted an old post from Demi Lovato that reads, “GET A JOB. STAY AWAY FROM HER.” Take a look at some of the reactions below. Should Saweetie let Nick lay his magic ding-a-ling of gold on her?