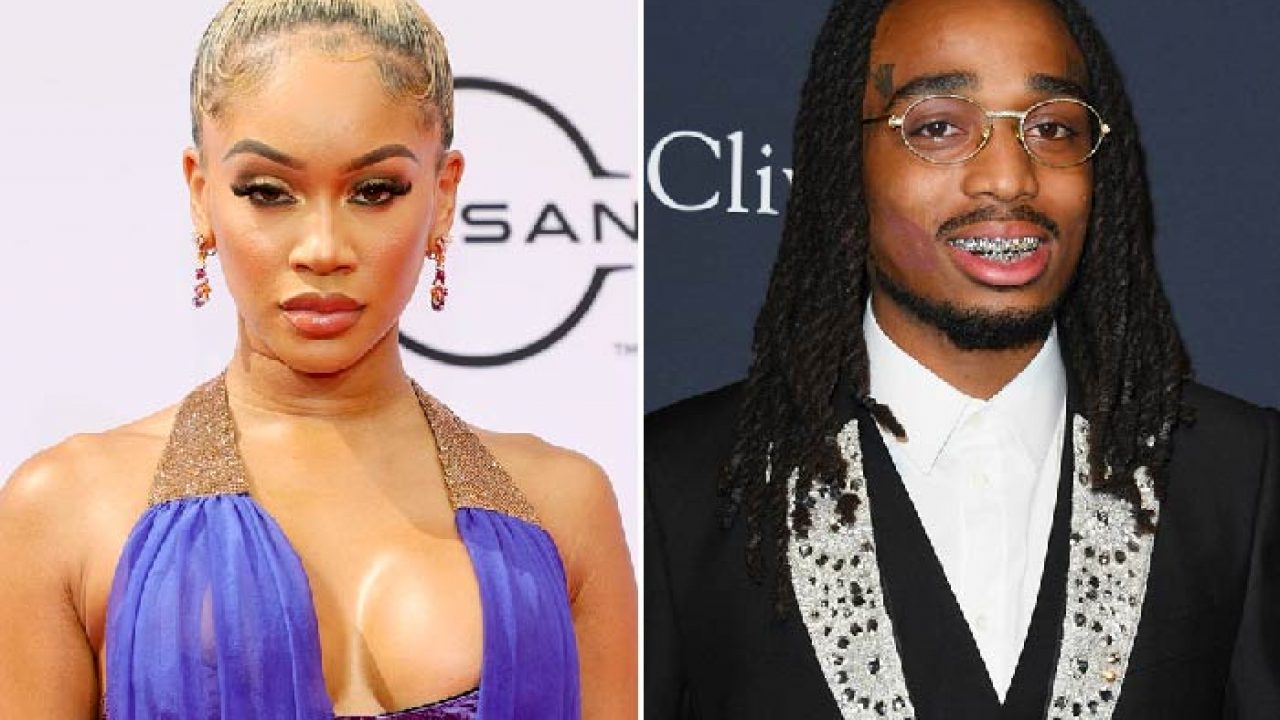 You’ve got to love the internet. Folks noticed that Saweetie and Quavo were both in NYC over the weekend and somehow a gossip outlets assumed this was because they were together… completely ignoring the simple fact they both were performing at Hot 97’s Summer Jam.

Saweetie has officially responded to rumors that she’s “quietly” spending time with her ex-boyfriend, rapper Quavo. She addressed the speculation in a tweet, denying that she’s on the way to getting her Bentley back.

After it was rumored that the two were getting back together approximately five months following their ugly breakup, Saweetie shut down the rumors and said, “pinocchio ass article. anyways back to this #saweetiemeal.”

She was responding to a report from Hollywood Life, which has a very suspect track record, claiming that they were spending time together, and presenting no evidence of that fact. Aside from the fact that both rappers were in New York City this past weekend for Summer Jam, there was nothing pointing to them actually reuniting. Especially after their messy split, it came as a shock to many of their fans that they had reportedly gotten over their differences, which included a repo’ed luxury car, an elevator tussle, and more.

Quavo has not addressed the rumors. Were you one of the many who were hoping these two were actually working things out?