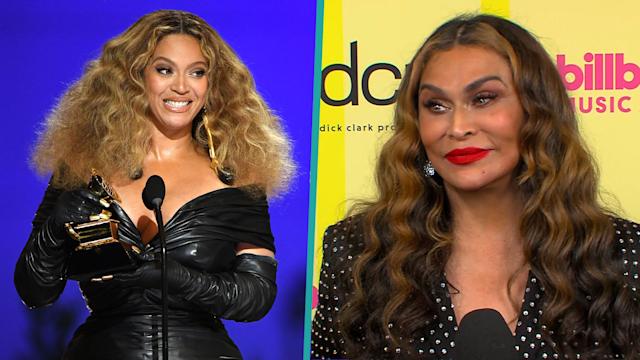 For years many have known to keep it cute when it comes to discussing Beyoncé in effort to avoid feeling the wrath of the Beyhive. However, one must have really reached boss level “I fucked up” territory when now you have to feel the wrath of the mother of the Queen Bey herself.

The moment was praised as a breakthrough for Black women, but per usual, Jay-Z and Beyoncé’s Tiffany photoshoot was hit with severe criticism. The art collectors posed in front of a coveted, long-unseen Jean-Michel Basquiat painting, Equals Pi, that was reportedly used to offset the image in Tiffany’s signature color. Not quite an exact match, but close enough for the brand.

Meanwhile, Beyoncé stole attention because she was adorned with the Tiffany diamond, a piece of jewelry that was first discovered in a Kimberley diamond mine in South Africa back in 1877. Charles Lewis Tiffany purchased the 287.42-carat rough stone the following year, and it has only been worn by four people—Beyoncé included—and the singer mark’s the first Black woman.

With this revelation comes a pledge by Tiffany to donate $2 Million to Historically Black Colleges and Universities, but not everyone is impressed with Jay-Z and Beyoncé’s display. The public was quick to point out the ongoing scandals involving blood diamonds and the exploitation of African workers. Critics stormed the internet by the thousands to call out the billionaire couple, and after The Grio reposted images, Beyoncé’s mother, Tina Lawson, jumped in the comments to call out naysayers.

“How many of you socially conscious activist own diamonds ? I thought so !” she wrote. “Well guess what did you go to try to check to see where the diamond came from? Probably not ! So when you guys get engaged you won’t have a diamond you gonna put on a sterling silver band And you better check out where it came from and the origin of where came from and why you add it check out the calls for the Leather that you weird because they made it came from another country to to ban and not buy diamonds right because your righteous !!”

Although it was a little garbled due to a few typos, it looks as if Lawson is calling the diamond activism by many a tad hypocritical. Let it be known, Mama Tina does not play when it comes to her baby girls. Check it out below and let us know what you think. Is anything wrong with Bey and Jay’s ads or is this just another episode of a couple haters wanting to appear woke?

Beyoncé is the first black woman to wear the Tiffany stone. pic.twitter.com/ohL3g6bAYj

The priceless Tiffany Diamond has only been worn by 3 women since its discovery in 1877. 💎

Okay so we can drag Tiffany for owning a blood diamond but I just want to say that yall only now know it’s a blood diamond when it’s Beyoncé wearing it and not when Audrey wore it or lady gaga. I digress…