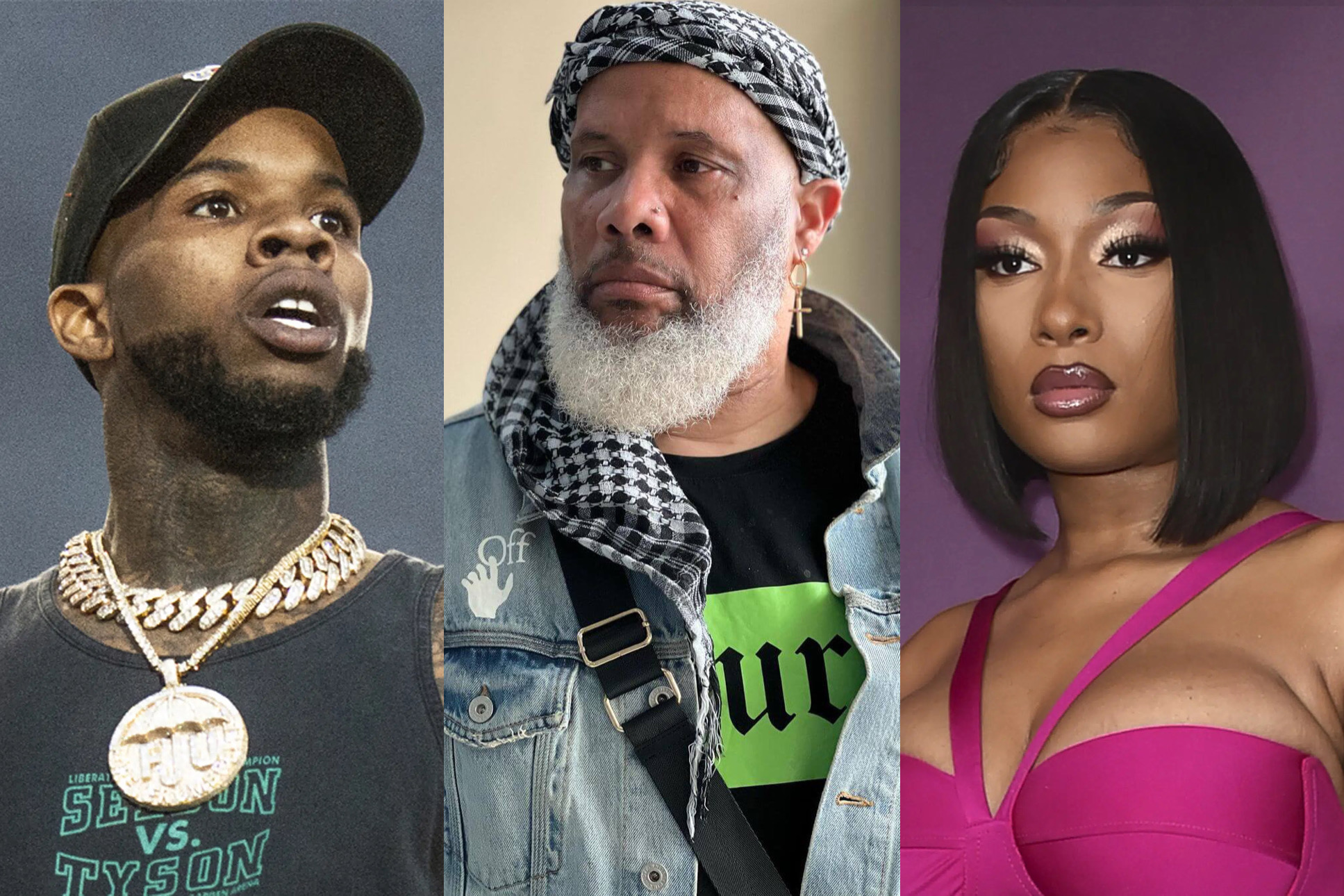 Well, clearly the apple doesn’t fall far from the tree. Both Daystar and Sonstar have an issue with accountability and also letting go of their imaginary hairlines.

Tory Lanez’s father, Sonstar Peterson (yes, that’s his real name), continued to address his son’s recent conviction in a video uploaded to Instagram. Though there have been several developments in Tory’s case since the conviction, including a change in his defense team, The bite-sized rapper is still facing down a 22-year sentence and the possibility of deportation. Peterson, specifically, addressed Megan Thee Stallion, who he said his son holds no hard feelings against… imagine that.

“Both my son, myself and others of our family have long decided that we are not going to hold any animosity against Megan Pete a.k.a. Megan Thee Stallion. We forgave that girl a long time ago. A long time ago,” he said. Tory Lanez’s father added that the “principle of forgiveness is important in order to cleanse one’s heart” and soul.

“Hatred, resentment, bitterness — those things can actually diseases of the bones, it has been proven,” he continued. “And it can cause sickness in your body because you’re holding onto something that is negative against the real life force in your life.”

Lanez might not hold resentment towards Megan Thee Stallion. Still, in continued delusion Sonstar ays the “machine” won’t push them around.

“Some will no doubt actually question: is he actually saying that Tory forgave Megan for all of what’s going on?” Sonstar said. “Yes, we have forgiven her. But what we will not back down from is the machine.”

Shortly after the verdict, court officials removed Sonstar and his magic spray on hair line from court for an outburst. Court reporters claim he described the justice system as “wicked” and described two prosecutors as “evil.” Afterward, he spoke to reporters where he placed the blame on several figures associated with Roc Nation, including Jay-Z.

Check out the full video below and let us know your thoughts.